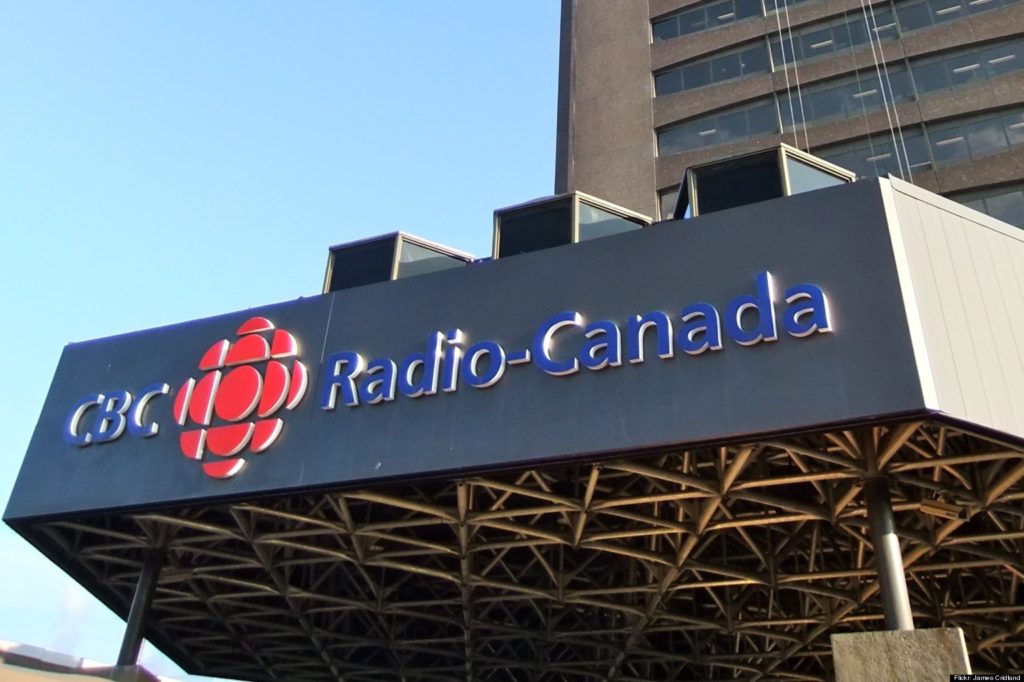 A group of high-ranking former producers and executives at CBC, calling themselves Public Broadcasting in Canada for the 21st Century, have submitted a proposal to the Heritage Ministry, calling for an ad-free CBC.

It has become obvious to many that requiring our public broadcaster to apply the practices of the private sector to its civic and cultural mission has not resulted in the creation of a large body of distinctive, informative and inspiring social and cultural capital for Canadians. While French services and English Radio have fared better, it has turned CBC English television into what its own executives have described as a “publicly subsidized commercial network.”

…we recommend that all the services provided by the CBC/Radio-Canada must be non-commercial, including its online operations.

Green Party leader Elizabeth May retweeted (but did not endorse) CANADALAND publisher Jesse Brown’s message in support of an #AdFreeCBC.

And Conservative Party leadership hopeful Maxime Bernier laid out his vision for the CBC on Wednesday. Bernier wants to severely limit the CBC’s mandate, but also want the broadcaster to replace its revenue from ads through donations from the public, in a way similar to PBS and NPR in the U.S.:

All private media outlets have had to make deep cuts and to lay off journalists by the hundreds in the past few years. Yet, after getting a head start with more than a billion dollars in taxpayers’ money, CBC/Radio-Canada unfairly competes with struggling private media in a shrinking advertisement market.

To replace its revenues from advertisement, which amounted to about $250 million last year, the CBC/Radio-Canada will have to switch to the PBS/NPR model in the US and rely on sponsorships from corporations and foundations, as well as voluntary donations from its viewers and listeners. Of course, changes to the structure of CBC/Radio-Canada will also require changes to the Broadcasting Act.

Michael Geist is a University of Ottawa law professor with an expertise in the digital space. His argument for an ad-free CBC is based on the idea a publicly funded news outlet should be competing for ad dollars on top of eyeballs.

While the CBC should be responding to its audience with a strong digital news service, it does not follow that it should also compete for digital advertising dollars. As noted in the CBC letter, its total digital advertising revenues are relatively small (and they are even smaller — roughly $6 million — for the online news service) so the foregone earnings will not have a material impact on the CBC. However, there is a market effect of having the CBC compete for ad dollars that affects news organizations of all sizes. This includes large players like the Globe as well as smaller, independent media for whom a loss of thousands in advertising can be significant. An ad-free online service would better justify the public investment in the public broadcaster, make for an enhanced user experience, and remove the concern that the CBC is harming private sector alternatives by competing for advertising dollars.

The full text of the Public Broadcasting in Canada for the 21st Century submission can be found here: