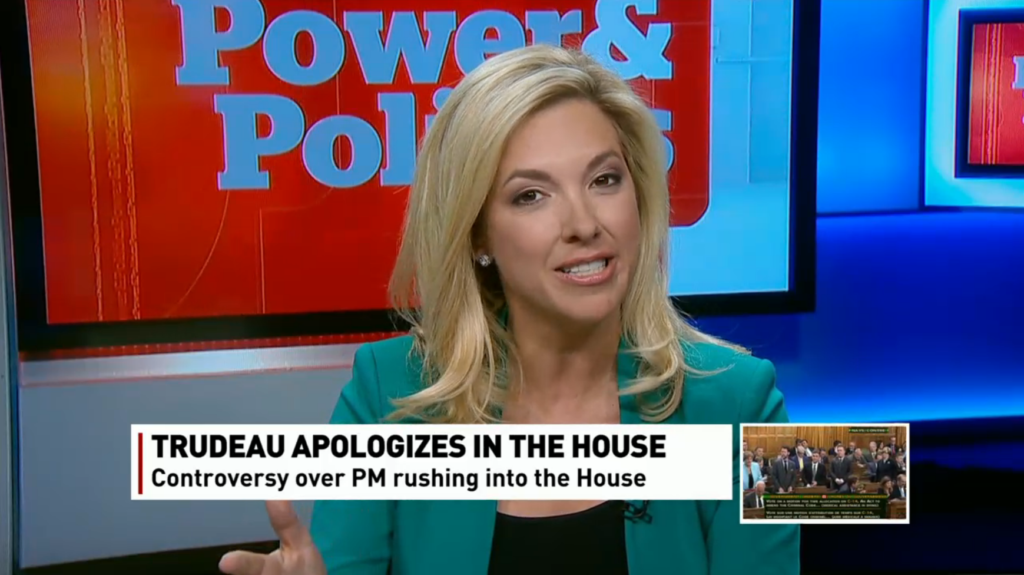 A radio producer at a newstalk station sent CANADALAND an email yesterday about a strange occurrence. We agreed to protect his name.
News Brief By Jane Lytvynenko
Share

A radio producer at a newstalk station sent CANADALAND an email yesterday about a strange occurrence. We agreed to protect his name.

His station’s interview requests to the Prime Minister’s Office have been repeatedly denied. Then yesterday, out of the blue, his station received an email from the PMO offering “a pundit” to discuss ElbowGate. He says none of his co-workers asked the PMO for comment or even heard of the press secretary sending this email.

“All the producers here are really uncomfortable with this but we’ve been told to just go with it and book her no questions asked,” the producer told us.

The station booked Amanda Alvaro but was careful to introduce her as a spokesperson for the Liberal party — a disclaimer you won’t find on her Twitter bio or her agency’s website, which boasts of “ninja-like execution.”

But is she a spokesperson for the party? Alvaro appears regularly on the CBC as the Liberal pundit on Power and Politics but no official affiliation with the party or the government is mentioned.

Getting clarity on who exactly Amanda Alvaro is in relation to the Prime Minister’s Office and to the Liberal party has proven difficult.
In the hours after Justin Trudeau’s elbow connected with Ruth Ellen Brosseau’s chest, Amanda Alvaro also talked about ElbowGate on Toronto’s CP24 and on the CBC’s Power and Politics, where she was on the Power Panel as the news broke. We asked CP24’s Stephanie Smyth whether they introduced Alvaro as a Liberal Party spokesperson but did not get a response. The CBC broadcast also didn’t identify Alvaro as someone affiliated with the Liberal party.

Power and Politics executive producer Amy Castle said in an email, “It is our understanding that Ms Alvaro is very connected to members of the PMO and the Liberal Party.”

“Ms Alvaro worked for the Liberal party during the 2015 election campaign, during which time she was introduced on the show as a Liberal strategist,” Castle wrote.

“However she has no official role with the party nor with the PMO,” said Castle.

But that’s not what Alvaro said when we called her.

We reached Alvaro on the phone and asked if she is currently a Liberal party spokesperson. Alvaro answered “yes,” but even in this exchange, she left things blurry. Here’s an exact transcript of the brief phone call:

Hi Amanda, my name is Jane, I’m calling you from a news site called CANADALAND.

I just have a couple of questions for you. I was wondering what—

Sorry, I’m just in the middle of something right now, could you email me? And I’ll send you an email back.

Yeah or what would be a better time to call back?

Ok, I’ll definitely give you a call back after 5 but just really quickly, what’s your relationship with the Liberal Party of Canada or the Prime Minister’s Office?

I’m a commentator, a political commentator on CBC’s Power and Politics and I’ve acted as a spokesperson for the party previously.

Ok, are you still an acting spokesperson for them?

Sorry, I’m just in the middle of something, why don’t you send me an email—

Alvaro later responded to our emailed questions to confirm she’s a Liberal Party member and has been a paid Liberal strategist in the past. She writes that she is not currently paid to deliver commentary on behalf of the PMO or the Liberal party. She also confirmed the PMO suggested her to the talk radio station.

When asked about her policy on informing viewers and listeners about her party affiliations, Alvaro said that in her media appearances she is usually presented as the “Liberal voice” on panels. “I think it’s clear,” she said.

We asked the Prime Minister’s Office about the relationship and whether sending media outlets unsolicited suggestions recommending pundits is a regular practice.

A representative of the PMO responded to say that it’s standard practice across all political parties to send guest suggestions to media outlets when they suspect certain issues will be covered. When asked if we could use his name or attribute his words to him, he did not agree.