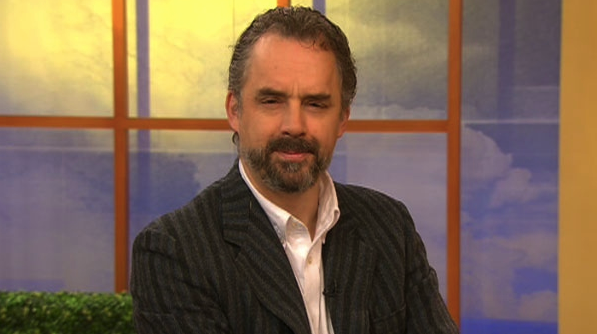 Fact Check: No, You Won’t Be Jailed For Using The Wrong Pronoun

University of Toronto professor Jordan Peterson has been in the news this week for taking a stand on behalf of suffering pronouns everywhere. His claim that a proposed change to Canada’s criminal code and national anti-discrimination laws to protect “gender identity or expression” could result in charges for anyone who refuses to call transgender people by their preferred pronouns has been covered by CBC, CTV, Vice, the National Post and Yahoo News.
“All it will do is produce a huge tangle in the legal system and a lot of ill will, and I think most of that will eventually be directed against people who are visibly different,” the psychology professor said on “This Morning.”
One problem with Peterson’s theory: it’s flat-out wrong, according to lawyers and academics who spoke to CANADALAND.
Bill C-16, whose full text can be found by Googling “Bill C-16”, would add just four words — “gender identity or expression” — to the list of factors like race and sex that government agencies and businesses regulated by the national government can’t use to discriminate. The same words would also be added to a section of criminal law (which anyone can find online) that forbids advocating genocide.
In the same way that people aren’t routinely locked up for using racial slurs, it’s also extremely unlikely they’d be jailed for referring to a trans person who prefers to be called “they” as “he” or “she.” Richard Moon, a professor at the University of Windsor who studies freedom of speech issues, said remarks have got to “be really extreme in character” before they qualify as criminal hate speech.
Using a pronoun a transgender person doesn’t like, “as offensive and distasteful as it is, would likely not be something that could be prosecuted under the criminal code,” said Noa Mendelsohn Aviv, a lawyer with the Canadian Civil Liberties Association who runs the group’s equality project. “I would find it hard to believe” a prosecutor would file charges on that basis, she said.
Yet few journalists have challenged Peterson’s claims, which he also made in a YouTube video which has been viewed over 40,000 times. In a recent broadcast of the CBC’s “As It Happens,” interviewer Carol Off even stated outright that the bill would ban using the wrong pronouns to refer to trans people:
CO: What you are proposing, that you will not use pronouns, may become something that’s a criminal offense. Are you aware of that?
JP: Of course I’m aware of that — that’s exactly what I wrote the lecture about.
Peterson didn’t respond to interview requests via email, Facebook and Twitter, and Off declined to comment through a CBC spokesperson.
The bill does instruct judges to sentence people more harshly when gender identity-based hatred is a factor. That gives prosecutors more power if they press charges in a case like X v. Sugar Daddy’s Nightclub, where a transgender person who uses the men’s bathroom sought financial damages for being dragged out of a stall, called transphobic slurs, and beaten.
Bill C-16 would also give the Canadian Human Rights Commission new powers to impose civil penalties, or fines, on businesses for discriminating against transgender people. But Moon and Kyle Kirkup, a law professor at the University of Ottawa, said several provinces banned gender discrimination by businesses years ago. Bill C-16 would just apply those same standards to federal agencies and federally regulated industries, Kirkup said, like banks and telecoms.
Even in provinces without those laws, human rights tribunals have interpreted bans on sex discrimination to protect trans people as well, said Andrea Zwack, an attorney who frequently represents businesses.
“There is not great concern on the part of employers on this point, as most progressive and aware employers already prohibit discrimination on this basis in their workplaces,” she said.
***