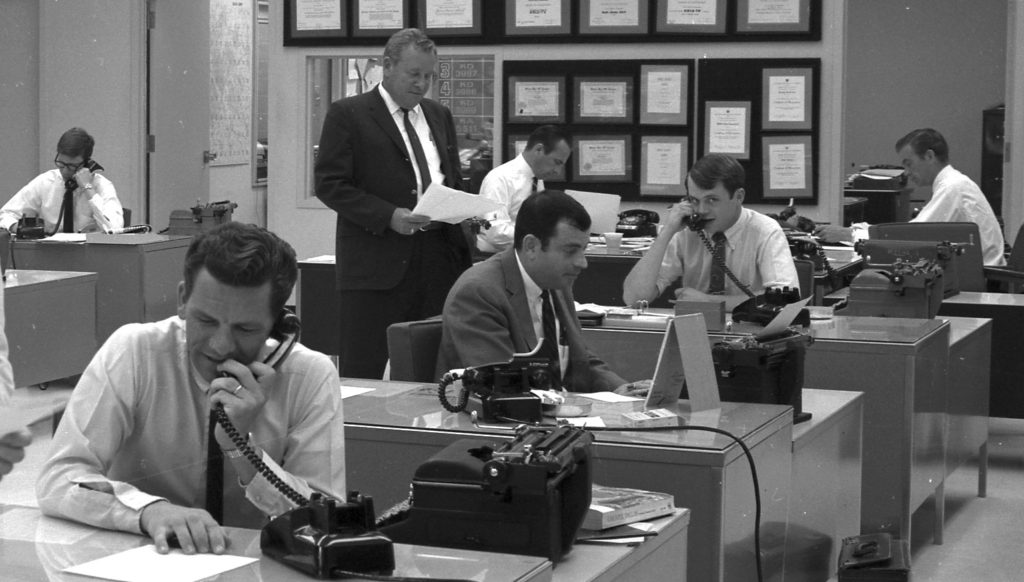 Dear White Editors: Invite Someone Out for a Coffee

There are pragmatists and social climbers in every group, but the idea that nonwhite cultures mostly value moneymaking above breaking into the field of journalism is absurd. We want to clip our sons and daughters’ articles out of magazines and frame them. We want them to work from the inside, hopefully to change perceptions about us.
By Andray Domise
Share

In my piece earlier this week, I took issue with Monday’s podcast with The Walrus Editor-in-Chief Jon Kay. By writing it the way I did, I hoped to explain how leaving people of colour out of conversations on race and diversity can veer into harmful territory. I tried to do that through the example of a Robert Fulford column. Far too often, white commentators will speak authoritatively on racially charged matters without the education or lived experience to know what they’re talking about.

Jonathan Kay didn’t think I laid out my argument clearly, and got the impression that he’s not allowed to speak on matters of diversity if asked by another white guy. Neither did Colby Cosh, who called the piece “tedious and absurd” due to its structure.  When an opinion writer of Cosh’s caliber calls my work sloppy, I pay attention.

Cosh’s beef with my piece was that I failed to show what, exactly, Kay did wrong. And Cosh is right. By spending so much of that article pulling apart Fulford’s piece, I didn’t make the most clear case for what happens when people talk about us without us. For that I apologize to Jonathan Kay, who might have felt blindsided by me accusing him of screwing up, and then failing to tell him why. I’ll try to remedy that here.

Halfway through the interview, Jesse Brown brought up the narrow margins of Canadian opinion journalism, illustrating the choices as “Boomers in the Annex, or the billionaire on the Bridle Path.” Kay demonstrated an awareness that started well:

“The world of journalism probably has resisted the forces of diversity in Canada, more than other institutions…Very few people can afford to go into journalism these days, if they’re not from a privileged background.”

“Usually they’re people who grew up in privileged households, where their parents said ‘you know what, we’re going to pay for college, do whatever you want to do in life. Be an actor, be a writer. Be creative. Fulfill all the potential that you have.”

“If you are a smart person and you come from a lower or middle class background, or you’re from an immigrant family, chances are you and your parents are not going to say ‘you know what, we really want you to pursue this internship possibility at the Vancouver Sun, or at The Walrus.’ They’re going to say ‘hey look, maybe a career where you can look forward to making eighty or ninety thousand dollars when you’re 30 years old is a better option.”

It’s important to note that Brown asked Kay to explain The Walrus’ homogeneity in terms of race and class. While Jonathan takes “class” to mean “family income,” he takes “race” to mean “of an immigrant background.” To both, he ascribes the value of social climbing. This conflation of immigrants, class, and values is a shopworn tradition in Canada.

Kay’s explanation is well-intentioned enough, allowing that people from less privileged backgrounds want the best for their children – pushing them to do financially better than the last generation.  Rather than eking out a living in journalism, they want their children to go to med school, start a business, or go to Bay Street.

Perhaps writers of diverse backgrounds could do more to put their work forward, but in this interview, Kay alternately elided and mocked the barriers they have to overcome in order to do that. While Brown did push back, and did press Kay to qualify his answers, I’m surprised his bullshit detector didn’t burst into flames when Kay described interest in opinion journalism as a passing fancy for smart people from rich families. Or when he wondered whether seeking diverse voices would wind up like failed socialist attempts at roping in the lower classes. As Kay put it, they “usually end up looking like ham-fisted experiments and affirmative action.”

Let’s put aside for a moment that nearly everyone’s parents want their children to go to medical school, start a business, or be wildly successful Bay Street bankers. Let’s put aside the strange idea that young adults listen to their parents, or that most loving parents would flat-out refuse to help pay if their child chose the wrong major.  Let’s even put aside the false notion that “nonwhite Canadians” and “immigrants” are entirely overlapping descriptors. What Kay describes as pragmatic immigrant values is not only incorrect, it’s incredibly condescending. It’s an inversion of Maclean’s Too Asian article, an argument that the journalism landscape is shaped by too few competitive and single-minded nonwhite students.

I wouldn’t deign to speak for people of colour in general, but I can speak to my Caribbean upbringing. The word – whether written or spoken – is highly valuable to us. We treasure storytelling because, for centuries, our bodies and our stories were all we had. We celebrate our writers, poets, musicians, and artists. We adore our journalists. We don’t fuss too much about medium; if you can tell a good story, we are here for it. When Dwight Drummond, Matt Galloway, or Royson James walk into a room crowded with Caribbean folk, you can actually hear the crackling as every head swivels in their direction.

There are pragmatists and social climbers in every group, but the idea that nonwhite cultures mostly value moneymaking above breaking into the field of journalism is absurd.  We want to clip our sons and daughters’ articles out of magazines and frame them. We want them to work from the inside, hopefully to change perceptions about us. Caribbeans know the experience of seeing ourselves, our values, and our pathologies reflected in the white gaze all too well. This is what I mean when I talk about white journalists being too comfortable explaining the experiences of people of colour back to them. Jon Kay nuh know we, but him fast fi long out tongue and show we.

To Kay’s credit, he did notice that most of the young people asking him for advice came from privileged backgrounds, and were mostly white. But recognizing privilege is too often where the conversation stops. It’s where Jesse Brown’s conversation with him stopped. Identifying the problem is all good, but it’s unacceptable to ignore the heavy lifting needed to solve that problem.

Kay mentioned the difficulty in finding good writers, but the example he gave was of sorting through the weak material sent to him during his time at the National Post. In Canada’s black communities alone, there are The Gleaner, Share, Caribbean Camera, ByBlacks.com and Planet Africa – each staffed with talented, smart, young writers. There are fierce, incisive writers in the social media spheres, like Septembre Anderson and Ian Cromwell, who can box with any heavyweight. I wonder how many of those publications Brown or Kay have ever had on their coffee tables. I wonder if Kay has ever thought to send Septembre an e-mail, asking her to meet for coffee.

What if the reason people of colour aren’t reaching out to him has something to do with their perception of The Walrus and the National Post? What if they believe that Kay’s view of “good” writing is already reflected in the Post’s stippled portraits? I don’t know whether he’s thought that through or, if he has, whether he intends to do anything about it. That is what I found so disappointing in this interview. A lot of talk, and no commitment to change. And that’s the story of diversity in Canadian journalism. It is not going to improve until more editors make peace with the fact that, as the gatekeepers of the profession, it is their job to do the heavy lifting.