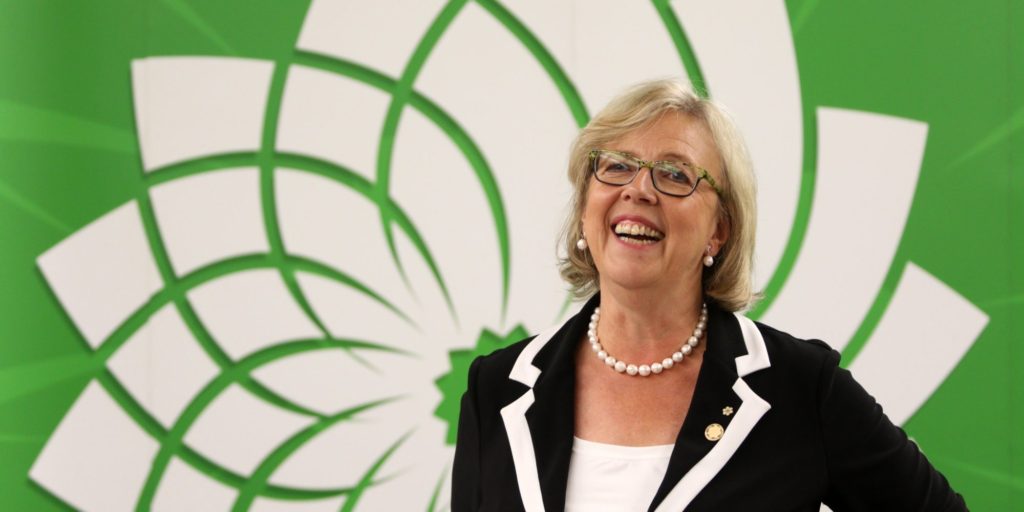 Last week, Postmedia’s Vancouver Sun published an editorial called, “May must renounce anti-Israel resolutions.” It was then promptly removed, after a group called Independent Jewish Voices Canada sent Postmedia a legal letter claiming the editorial defamed IJV, according to their blog post.

UPDATE: Postmedia posted an apology and retraction to Sun website for running the editorial last week. The apology also appears in the Ottawa Citizen, and the Calgary Herald, where it ran online. The full text of the apology can be found below.

Here is the removed editorial, in full:

Canada’s Green Party can thank Elizabeth May for slowing its descent into a sinkhole of irrelevance and disrepute. By choosing to remain as leader, May, who represents the B.C. riding of Saanich-Gulf Islands and is the party’s only elected member of Parliament, provides a patina of purpose over a caucus that has lost its way.

Two resolutions supported by a majority of Green delegates at the party’s biennial convention this month singled out the only liberal democracy in the Middle East — and a century-old Jewish organization — for abuse and opprobrium. Members passed a resolution supporting the Boycott, Divestment and Sanctions movement that seeks to demonize and delegitimize the State of Israel in the hope that its activities will bring about, not peace, but the country’s demise.

Another resolution calls on the Canada Revenue Agency to revoke the charitable status of the Jewish National Fund, an organization founded in 1901 to buy and develop land in Palestine, which was controlled by the Ottoman Empire from 1517 to 1917 and under the British Mandate from 1918 to 1948. The JNF invests in research in forestry, watershed management, carbon sequestration, alternative energy sources, animal and plant reintroduction and arid land management problems. Of all organizations for the Green Party to attack, this seems an odd choice.

Although May says she opposed the BDS resolution, she is listed as one of 29 co-sponsors of the JNF resolution.  She said the resolution was brought forward by Corey Levine, a member of Independent Jewish Voices, an anti-Israel group that uses the fig leaf of Jewishness to lend support to Iran, deny the Holocaust, participate in anti-Semitic Al-Quds protests, encourage terrorism against Israelis and promulgate lies about Israel’s history, society and policies.

That a majority of Greens have bought into IJV’s false narrative is disturbing but perhaps not surprising. May welcomed anti-Israel activists Paul Manly and Dimitri Lascaris into her shadow cabinet knowing both support the BDS movement.

And May herself voted against a parliamentary motion in February that condemned the BDS movement, citing free speech concerns. It passed with a 229 to 51 vote.

It seems clear that the Green Party has drawn marginalized groups expounding extreme anti-Israel and anti-Jewish views. Notwithstanding her own ambiguous position, May must insist that such views have no place in Green Party policy. Otherwise, she risks leading a fringe party into oblivion.

A Vancouver Sun editorial published on Aug. 25 titled “Green Party Lost Its Way” made certain statements about Independent Jewish Voices and, by association, Corey Levine, based on reports from other media and advocacy groups. In particular, based on new information provided by IJV, the Vancouver Sun retracts its statements that IJV denies the Holocaust, supports Iran or encourages terrorism against Israelis. The Vancouver Sun apologizes for not providing proper attribution and to IJV and Corey Levine for the unsubstantiated statements.