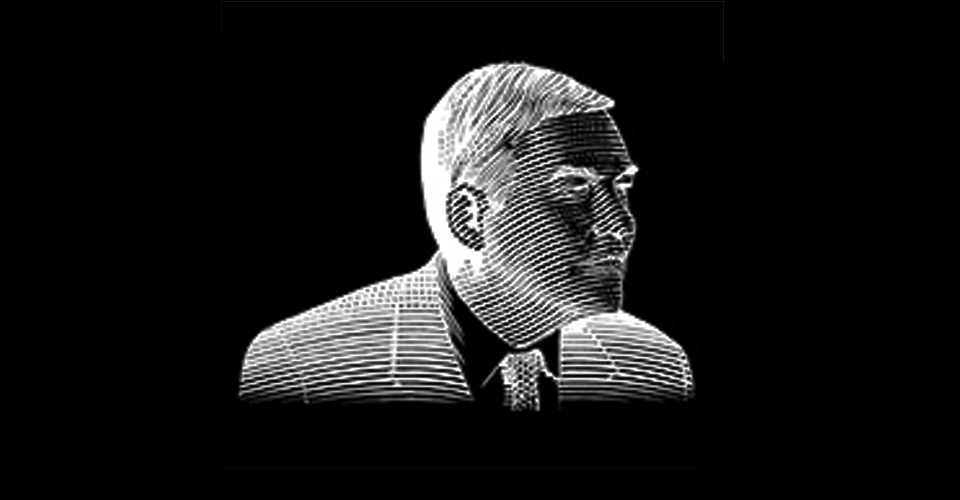 For Future Use: An Obituary For Conrad Black

If he thinks Indigenous people are being cruel to Sir John A. Macdonald, Black should have a chance to see how he'll be remembered.
Opinion By Robert Jago
Share

Newspapers regularly pre-draft obituaries for well-known figures. In light of Conrad Black’s many recent articles on First Nations — including his latest, decrying the “anti-historical upheaval” of the memory of John A. Macdonald — this obituary has been prepared to reflect on the legacy of the National Post founder in the event of his death.

Borrowing structure from Christopher Hitchens’s obituary for Jerry Falwell (though the two-second version would serve just as well), I’d like to give Lord Black a glimpse of what every First Nations writer and activist can guarantee will dominate the coverage of his passing and form his enduring legacy.

For those who may be confused, I can confirm that to the best of my knowledge, Conrad Black continues to live, bloviate, and owe debts.

Conrad Black has been found dead in his rented Toronto home. Due to a decade-long slide into relative penury, and the impending demise of his vanity project, the National Post, his death is of little importance to Canadians. However, it will be solemnly marked by two groups of people. The first group is Canada’s media, which, broken and cowed by Black in his prime, continued to give free rein to the embodiment of pomposity to make a fool of himself. The second group is Indigenous people — Inuit, First Nations, and Métis — who had been at the receiving end of his addled rantings for the last decade.

It is impossible for Canada’s media to ignore Black’s failures and his fall from a position at the edge of power. Even a fawning press cannot divorce the picture of Black in his Bay Street days, clad in a double-breasted suit, from the picture of Black as Florida inmate number 18330-424, shedding that suit to present his posterior for the search which is a mandatory component of prison induction.

But given the omerta that holds sway within Canada’s media, Black was exempted from the usual life-long opprobrium reserved for ex-cons and was instead most often portrayed as an Icarian figure — so named after the man with wax wings who flew too close to the sun — whose fall was considered only in light of the heights he had reached.

But to the second group, his passing will be marked without ambivalence. He was not “larger than life” to Indigenous people; he was a tedious and repetitive chauvinist, and a symbol of what is wrong with Canada’s legacy media.

While Black was often careful to preface his anti-Indigenous screeds with a declaration of the biological equality of races, and acknowledgement that there were some unnamed “legitimate” grievances, these were only a digression from the full-throated condemnation he reserved for any discussion of Indigenous cultures.

In a 2016 interview with pro-life radio show The Bridgehead, Black’s hostility towards Indigenous people shone through. Characterizing his critics, Black incomprehensibly declared that they were the descendants of a culture whose “practically total activity, apart from barest necessities of survival, was making war, which routinely included torturing women and children to death.”

In article after article, no matter the topic, Conrad Black made the same irrelevant and misinformed claims about Indigenous people.

He used terms like “Stone Age,” and “barbarous,” and stated as fact that there were few if any permanent structures and that First Nations were primarily nomadic, with little agriculture, no knowledge of the wheel, no use of metal, and no knowledge even of woven cloth.

He portrayed pre-contact Canada as an empty country, alternately with a “hundred thousand or so natives who lived here as nomads”; “not more than a few hundred thousand of them in what is now Canada”; or “probably about two hundred thousand (so-called) Indians.” He stated that these things were “historical fact” — which ultimately was the problem with Conrad Black.

It doesn’t matter that Black was wrong, that he was a fool, and that his changing facts would humiliate anyone else who tried to style themselves as a “historian.” What matters is the fact that newspapers and magazines in this country made space for him, and continue to make space for people like him.

Only an editor could allow someone like Conrad Black to spread his misinformed, amateur anthropology in an article about a statue, or in an article about the sexual abuse of children. When Conrad Black wrote that there were 100,000 people in pre-contact Canada, and then wrote there were 200,000, and then 300,000 — this was evidence that no one had fact-checked him. When he wrote that most First Nations were nomads, that there was little agriculture, that scalping was commonplace, this again was evidence that no one was fact-checking him.

And that evidence supports a conclusion, arrived at by many Indigenous people, that the mostly white media in this country is hostile to us. How else can we explain Conrad Black, other than to conclude that he was proof of the media’s hostility towards Indigenous people? Even as he fell from grace, he was still warmly welcomed in Central Canadian social circles. From buying half a cow with Margaret Atwood, to a friendly interview with Rick Mercer on Black’s off-brand TV chat show — Conrad Black remained an accepted figure among the white Canadian elite, in a way that someone who spoke of the Jews in the manner Black spoke of us would not be.

As putrefaction sets in on the corpse of the late Lord Black, similar misanthropes such as Christie Blatchford and Rex Murphy are still treated as legitimate writers in full possession of their mental faculties. But like Black, they trade in the same tired stereotypes, and spread fear of and contempt for Indigenous people.

While Indigenous Canadians are satisfied that Conrad Black will never again be given a venue to preach his sermon about the illegitimate, ungrateful savages, it is tempered with the knowledge that those who abetted him for so many years remain in their positions of authority, and, for now, will continue to publish his kind.

It is said that each person has two deaths, one, their physical death, and the other, when their name is spoken for the last time. Conrad Black is one of those rare people, like Father Coughlin, or J. Edgar Hoover, who will live an extended second life solely in the hearts of those who hate him.

There will likely still be flesh on Black’s bones when the National Post ceases to publish. If any of his books are still in print, they undoubtedly won’t be by the time his casket fills with the effluent of his decay. But long after he is turned to dust, after the National Post is forgotten, after all the colour and pageantry of his life is erased from memory, his name will live on among First Nations people. For a hundred years, when we think and talk about Canada’s irresponsible and hate-filled media, we’ll use the name “Conrad Black” as a shorthand. When we talk about anti-Indigenous feeling wrapped in the corpse of a slow-witted bore, we’ll remember Conrad Black.

When Conrad Black finally succumbs to that second and final death, it will be in a country that feels a just shame for people like him and those in the media who elevated him; it will be in a Canada in which the Indigenous fact is welded to every aspect of the state, and in which borders, citizenship, rights, and language have all adapted to that which Black spent his life fighting against.

Today, when Black’s body was found, Halkomelem was spoken in Canada. The Cree told their ancient stories. The Mohawk worshipped their god. Natives woke up, paid taxes, argued about their future, shared a common understanding of what Canada is, shared a belief in a history of heroes and villains. On this day that he died, Indigenous Canada continued to live, unperturbed, and we expanded. With growing confidence, we take our next steps forward, towards our nationhood in a greater Canada, one only we can make whole. And today and tomorrow, and for each subsequent day in this great country’s history, we do it without the buzzing of this pestilent gnat.