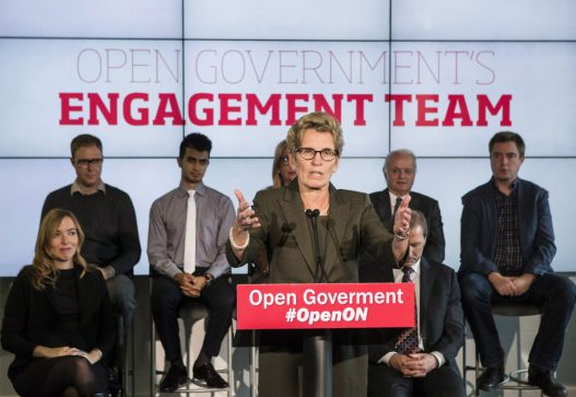 How fees for public records block journalism and hide corruption

Earlier this year a source informed me that a Toronto city councillor was involved in corrupt land dealings. To verify this claim I needed to access a variety of public records, but as a freelance investigative journalist, the money paid to obtain documents comes out of my own pocket.

I was priced out.

Purchasing a ‘Corporate Profile Report’, from a ServiceOntario office, which provides the names and addresses of the directors of a corporation, costs $12. Searching for the same records online rather than in person costs $22 or more.

While Ontario is one of the provinces that charges for these records, the same information on corporations from Nova Scotia, P.E.I., Quebec, Newfoundland & Labrador and federally registered corporations is available free online.

Searching properties at the Ontario Land Registry Office costs $8 per search, but as part of a deal Ontario struck with Teranet Inc, a private company that makes money from every search, that price will more than triple next year to $28. This will make buying these documents in person match the current cost of purchasing them online.

These fees may not seem huge, but think about how often one needs to run a search in order to find relevant information.  How much less would you use Google if each search cost fifty cents?

Charging for public documents reduces the degree of scrutiny brought to bear on corporations and public officials, which in turn increases the secrecy that allows business interests to buy influence from unscrupulous decision makers.

“I believe that government data belongs to the people of Ontario and so we will make government data open by default, limiting access only to safeguard privacy, security and confidentiality,” wrote Wynne.

She called on the people of Ontario to become engaged in choosing which records should be added to the open data portal, by voting on an inventory of possible datasets. However, the corporate and property records, which are vital for investigations of corruption, were not listed in this inventory.

“There are no plans to make corporate or land registry records available through the Open Data initiative,” a government spokesperson told me in an email, “we are not currently looking at eliminating fees for [these] records”

In my own case, when I got a tip on municipal corruption, the costs involved in researching it were just too steep.

I was told that a Toronto city councillor had voted to have land zoned for industrial purposes converted for residential use, even though he had a personal interest in the decision. There are millions of dollars to be made from such a conversion, as it can allow condos to be built on land that had previously been reserved for other uses. It can triple the value of a property overnight.

Unfortunately my source did not inform me which specific property the councillor had a stake in, instead pointing me to a general region of the city. I learned that the councillor had previously indicated that his family owned land in the area, but again it was not clear which property.  To find out I would need to visit the Land Registry Office to look up numerous properties, and then visit ServiceOntario to find the directors of the companies that own these properties.  If I could find any connections to the councillor, I might have a good story on my hands.

But the cost of this research would far exceed the money I would make selling this story, and there was no guarantee I would find any signs of wrongdoing.

Without proof I can’t even name the city councillor.

“If land and corporate searches were free, you would see much more systematic research on public officials and companies doing business at city hall” says Zach Dubinsky, an investigative journalist at CBC, whose reporting on a different city councillor, Giorgio Mammoliti, showed that he was one of two councillors receiving discounted rent from a property developer, and revealed that Mammoliti held a $5000/table dinner to raise funds for himself, a fundraiser that led the police to launch a criminal investigation into the councillor.

Dubinsky has never found that the costs of records has held him back from pursuing a specific lead, but  believes that if costs were eliminated he would dig more comprehensively into people and companies with business at City Hall.

“I am jealous of journalists in other jurisdictions where this data is free or pretty close to it, such as US jurisdictions”, say Dubinsky, “in Canada there are far fewer records available and you typically have to pay a lot of money for them”.

Dubinsky also pointed to the greater amount of information made available in Quebec. Unlike Ontario, that province provides information not only on the directors of corporations but also who are the shareholders of a company.

“It is much more difficult to hide behind a numbered company in Quebec”, he told me.

He believes that if the Ontario government put corporate records online for open analysis, it could have a huge impact on uncovering corruption and other wrongdoing.

“If there was one change I could ask for from the provincial government, that would substantially improve the calibre of the research we can do, and help the public hold officials to account, that would be making corporate information fully searchable” said Dubinsky.

Lack of flexibility with searches is as big a problem as the fees: right now it’s not possible in Ontario to search a person’s name and find out what corporations they are connected to.

OpenCorporates is one of the online tools that makes this sort of search possible.  The website allows you to search records from over 55 million corporations from 98 different jurisdictions around the world that publish information on their corporations online.  However only four of Canada’s ten provinces, Nova Scotia, P.E.I., Quebec, and Newfoundland & Labrador, as well as the federal government, make their corporate records available for free online.

“I think we should all be disturbed when corporate records are locked behind pay walls,” said David Eaves, a B.C. based expert on Open Data. Eaves sits on the Advisory Board for the OpenCorporates website, and was a member of Ontario’s Open Government Engagement Team, the group that advised the province on the open data policy Premier Wynne promoted in her open letter.

“None of this information should be expensive to extract anymore,” says Eaves , noting that fees were originally implemented in an age before records could easily be accessed from a database. He speculates that fees were not designed as means of making money,  but now that they are in place there is a reluctance to eliminate them.

“The government is either saying we don’t want you to access these records easily, or we have bought an IT system that is so inefficient that we have to charge that much for this information.” Eaves explained.

Last year Ontario made $7.1 million dollars in revenue from the sale of corporate records.  But this is a small amount of money compared to what the government has made from its deal with Teranet Inc.  a company that is not only the sole broker of land registry records, but also makes money every time a property is bought or sold in Ontario.

Teranet Inc, was originally formed in 1991 as a public private partnership tasked with digitizing, the immense amount of paper records kept by Ontario’s Land Registry system. However in 2003 the government sold its stake in the company.

In 2010, the province struck a deal with Teranet that will see it maintain its monopoly on selling these records for an additional 50 years, in return for $1 billion and annual royalties.  The deal includes an increase in the price of a property record. Starting in November 2015 the cost will be $28.

“Twenty-eight dollars is a high fee to put on that,” says Dubinsky. “It will present a barrier to investigative reporters.”

Teranet is currently expanding to other parts of the country. In June 2014, the company made a deal with Manitoba to become the broker of that Province’s land registry records.

While Eaves acknowledges that it may no longer be possible to make property records in Ontario available in a free and open way, he doesn’t think the same is true of corporate records.  He believes that if people in Ontario put enough pressure on the government, it would open corporate records, emphasizing that the “benefit to society of doing so would be really high”.

“They did say they would do this”, said Eaves pointing to the government’s commitment to put public data online, “I think people should hold their feet to the fire.” 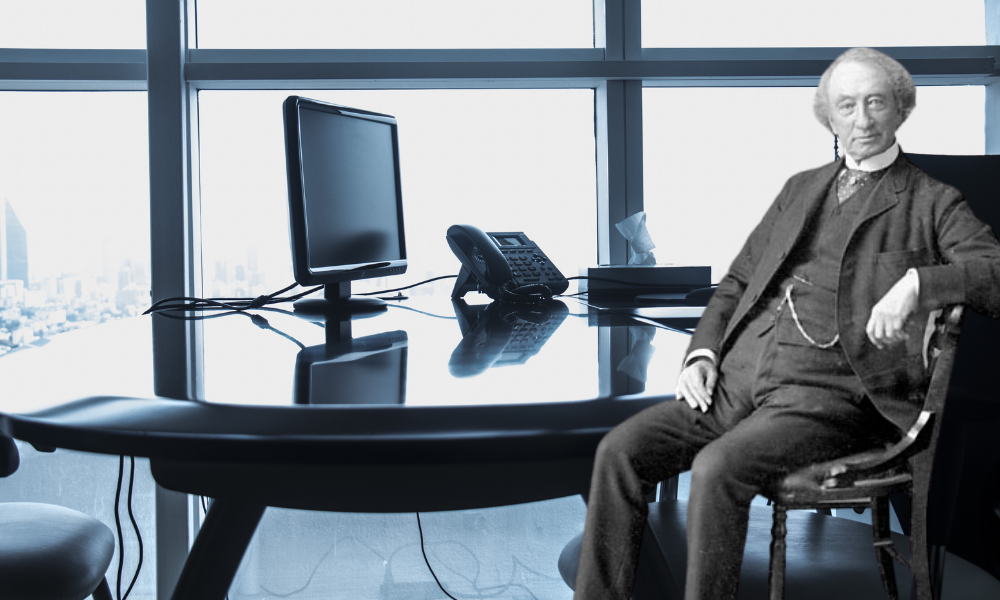 By Danielle Paradis
I asked the World’s Most Advanced AI to become John A. Macdonald. Here’s What Happened.

By CANADALAND
“I think it’s going to be very different”