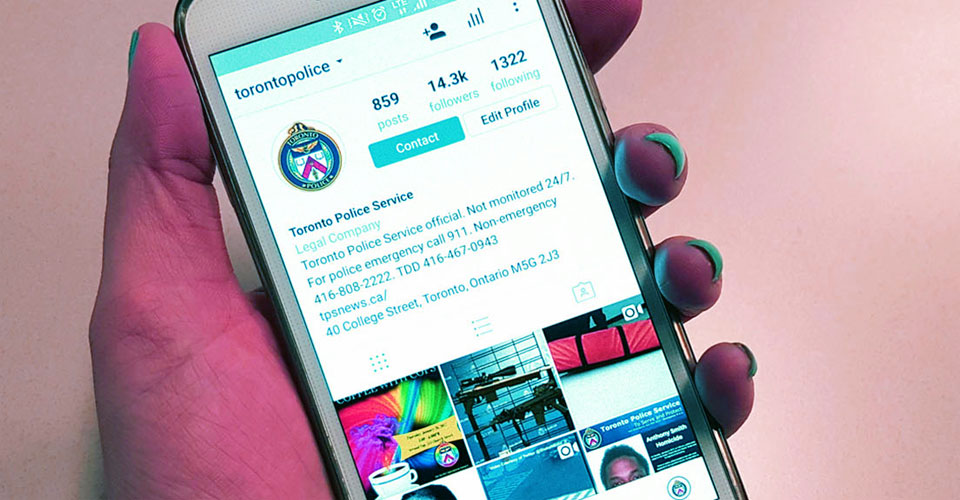 After Rob Gill of St. Catharines tweeted the address and phone number of the parents of 21-year-old PC MPP Sam Oosterhoff late last month, with a call to protest “his bigot, misogynistic and homophobic personality & upbringing,” police showed up at Gill’s home the following week.

According to Oosterhoff, Gill’s post made him fear for his safety, and he alerted the Niagara Regional Police. Gill says the police let him know that nothing he did was illegal when they visited him.

“If no crime has been committed, why the hell are you here?” Gill wonders in an interview with CANADALAND.

Peter Gill, a retired inspector with the Niagara police, who has no familial relation to Rob, found it odd that an officer was dispatched to Rob’s home.

“I think this is just a bad precedent to use the police in this type of fashion, especially when police resources are so scarce,” Gill says.

Niagara police said in a statement, “With the prevalence of social media, when possible, our officers inform and educate the public on what could be potentially deemed criminal in nature.”

Scott Mills, a social media officer with the Toronto Police, says the decision to dispatch an officer to the home of someone who has not committed a crime, over a social media post, is situational and often in response to threats of bombs, bodily harm, or suicide.

When the online attacker is anonymous, however, things become less straightforward for police.

Soon after the Oosterhoff incident, Toronto city councillor Kristyn Wong-Tam wrote in NOW Magazine about an incident involving a political rival who ambushed her at a community centre, with several of his large, muscular male friends, accusing her of owning 28 condominiums in the city. (Wong-Tam said she co-owns just one condominium — for her elderly, pensionless parents — with her sister.)

The ambush was recorded and shared on social media, eliciting racist and sexist harassment of Wong-Tam by white supremacists. While Wong-Tam reported the initial incident to police, feeling shaken and unsafe, she wrote that there was nothing that could be done by law enforcement to stop anonymous trolls from sending her death threats. She was unavailable for an interview with CANADALAND.

Mills says that when online harassers are anonymous, they can be difficult to trace. The police’s cyber crime unit will attempt to identify the culprit, not always with the intent to formally lay a charge but to at minimum stop the harassment from continuing.

But that still means police have to make judgments about what constitutes online harassment. In the case of Gill and Oosterhoff, Gill shared Oosterhoff’s parents’ publicly available address and phone number.

“He calls the police. They show up at my house unannounced. The first thing they said is, ‘No crime has been committed,’” Gill says.

So if no crime was committed, he wants to know why police decided to show up to his house with a cop car.

“Anyone that drives by is just going to assume that something bad is going on. That’s a big issue right there when you have the police at your door.”