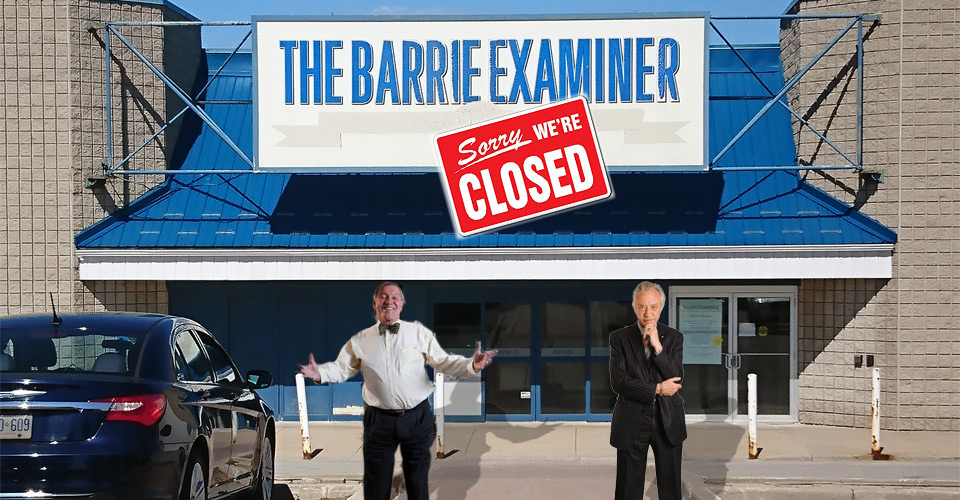 Despite Everything, I Still Want To Be A Journalist

On Monday, November 27, I woke up and went through my usual routine, which includes checking Twitter for the morning’s biggest stories. The headline of the day read: “Postmedia, Torstar to swap and shutter dozens of local newspapers.” I then headed to school, to be taught in a classroom we call “the newsroom,” which is supposed to train us for newsrooms that exist less and less across the country.

That day, it was announced that an arrangement between Postmedia and Torstar would effectively close 36 newspapers across the province and country. For me, coming to a big city from a small Ontario town to pursue a journalism career, the news brought on a wave of nostalgia.

Growing up in Bothwell, a small town in Southwestern Ontario, our newspaper was The Dresden-Bothwell Leader-Spirit, owned by Sun Media and axed in 2013. We lost a paper full of advertising for local businesses, stories about the public school, and a column written by my father’s childhood friend. I even made the front page once, squeezing a water balloon at a local day camp when I was about 10 years old.

Just a town over in Thamesville, there is The Herald, which in the past two years has expanded its coverage. The newspaper is over 130 years old and covers everything from local fires and controversy over wind turbines, to the local 4-H club.

The newspapers that closed were community weeklies and dailies. Two hundred ninety jobs eliminated, and hundreds of thousands of people left without a local newspaper. This loss of local news is tragic, the most extensive closure of publications on a single day in Canadian history.

As a kid, I always knew I wanted to write. Reading and writing were the first talents and interests I truly honed in on. I always had an interest in news, and it was always present in my formative years. My family’s kitchen table was invariably covered with sections of The London Free Press. I remember the newspaper looking so whole, with a two-page spread of comics and an entire section devoted to cars.

In my teen years, I discovered a passion for news. I decided I wanted to pursue a career in journalism despite the closure of local newspapers around me and comments echoing the message that the industry is dying.

Still, that never stopped me, and despite the news on November 27, my dream to pursue a career in the industry has never been stronger. But I certainly have cause for concern.

The future looks grim for newspapers. The National Post officially cancelled its Monday paper in the summer. The Globe and Mail halted production of its print edition for Atlantic Canada at the end of last month.

As someone who is not only studying the media but hoping to work in it, I’ve tried to keep my hopes up and continuously remind myself of how valuable newspapers are and how an industry I love can’t possibly die.

But it’s not just this that has me worried about the future of Canadian journalism and the harm that comes from the loss of community newspapers. It’s the lack of space for new journalism graduates.

In May, I will graduate with a Bachelor of Journalism and be out in the workforce. But will there be work for me? It’s something I think about on a regular, daily basis.

When Postmedia and Torstar announced this “swap and cut,” I thought of those almost 300 journalists who woke up with no job, locked out of their newsrooms, not even getting the chance to print and publish a final goodbye. Those journalists, who had seemed to have relative security just a day before, were suddenly laid off and unemployed.

What happens when you lose your job? Like anyone, you go looking for a new one.

Suddenly, there is an additional lot of journalists, with decades more experience than myself, applying for the same jobs as I am. Journalism jobs are already limited, and now even more so than ever. Positions that were once supposed to be opening for new grads are now being filled with refugees from a collapsing industry.

So where do I fit in all of this? Will I get a job, or maintain a freelance career? Will there ever be a chance for me to get my start at a small local paper? I’ve considered becoming a librarian because of this fear, but when I told my professor about the idea, she scoffed, insisting I had to be a journalist.

Believe me, I want to be a journalist. But I also don’t want to attend the funeral of local Canadian media.

Fallon Hewitt is a fourth-year journalism student at Humber College in Toronto. Her areas of interest are housing, city politics, and anything to do with the raccoon nation.