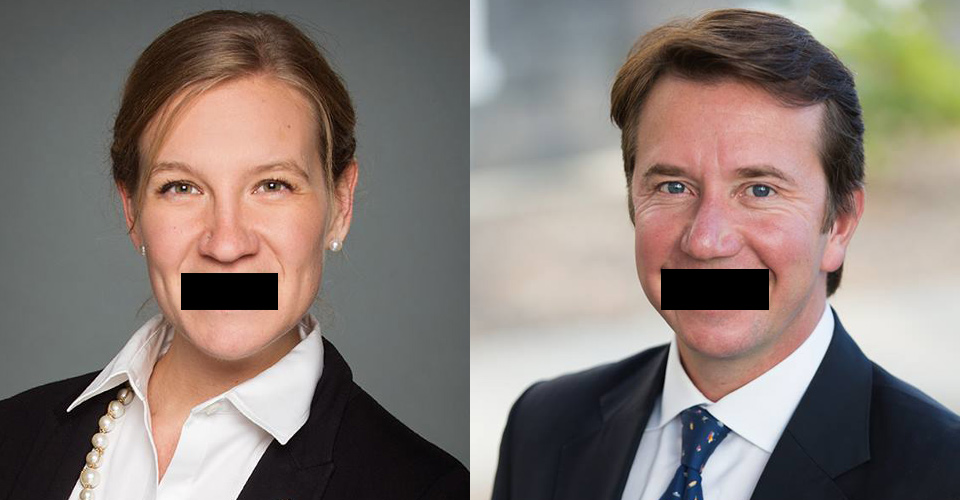 Somehow, the government appears to have found a way to make the system even worse.
Analysis By Justin Ling
Share

Two members of Justin Trudeau’s team got a grilling from a House of Commons committee last week, as members of all parties — including the Liberals — demanded to know why the federal government had torched its promises to improve Canada’s access-to-information system.

The system, which empowers journalists and citizens to request documents from the federal government, has slid further into disrepair in recent years, having had to bear the brunt of nine years of Stephen Harper’s secretive government and two years of Trudeau’s nearly-as-secretive one.

But Trudeau, on the campaign trail, had promised to fix it. He swore — including in a sit-down interview with me — that he would expand the Access to Information Act to encompass his cabinet and the Prime Minister’s Office, meaning journalists could obtain his own files, memos, and emails (within reason).

It was not to be.

Earlier this year, Treasury Board President Scott Brison introduced Bill C-58, a bill he insisted would “modernize” the system. The legislation, however, does not follow through on any of the promises made by Trudeau during the campaign; ignores reports from the Information Commissioner and the committee tasked with studying the system; and actually appears to make the system even worse.

Suzanne Legault, the Information Commissioner, summed it up as thus: “Rather than advancing access to information rights, Bill C-58 would instead result in a regression of existing rights.”

And yet, last Wednesday, Brison and Democratic Institutions Minister Karina Gould stepped before the Standing Committee on Access to Information, Privacy, and Ethics to explain how the bill is actually good news.

MPs were less than impressed. Nathaniel Erskine-Smith, the Liberal MP for Beaches–East York, who is earning a reputation as a bit of a maverick, asked why the government was breaking its commitment to expanding the Act as promised. Conservative critic Peter Kent demanded to know why the bill affords departments more powers to refuse requests. NDP critic Nathan Cullen pointed out that the expansive powers departments have to exempt information actually grows under this bill.

So here’s what the bill does, how the government is selling it, and why it’s all nonsense:

What the bill does: It requires that ministers’ offices proactively publish certain documents, including: Question Period notes, mandate letters, hospitality expenses, and contracts worth over $10,000.

Why that’s nonsense: As it stands, contracts and hospitality expenses are already public records for government departments. We already know how much Minister Gould spends on a luncheon, for example. Question Period notes, meanwhile, are sheets of talking points that are written explicitly for public consumption — requiring their publication is like requiring that ministers publish their tweets. And the Trudeau government has been publishing ministers’ mandate letters (basically, a written account of what their job is intended to be, as laid out by the prime minister) since they took office, and are essentially just propaganda.

How the Liberals are selling it: “Ministers’ offices and the Prime Minister’s Office will fall under the Act with this legislation….This is an important step that enables parliamentarians and Canadians to hold governments to account, but furthermore, this is about briefing notes, transition binders, QP binders, and committee binders that Canadians will have access to.” (Karina Gould)

What did they promise in the election? “We will ensure that Access to Information applies to the Prime Minister’s and Ministers’ Offices.”

What the critics say: “The proactive disclosure provisions in Bill C-58 are something of a switch-and-bait.” (Peter Kent)

“Proactive disclosure requirements, where the government chooses what is disclosed, are not the same as subjecting these entities to the right of access, where requesters can choose what is requested and are entitled to independent oversight of government’s decisions on the disclosure of information.” (Suzanne Legault)

What the bill does: Gives departments the power to kill requests they deem to be “vexatious or made in bad faith.”

Why that’s nonsense: There’s no doubt that there are some malicious requests out there. But creating a blanket ability for departments to issue no-thank-you letters to requesters isn’t the way to address that.

How the Liberals are selling it: “Within the system, there are some cases where people are requesting information on their ex-spouses who are public servants with regard to their work schedules, that sort of thing. Those are bad-faith requests.” (Scott Brison)

What did they promise in the election? Nothing about this. They seem to have taken language from the Information Commissioner’s report, half-read it, then stuck it in the bill without much consideration.

What the critics say: “If this ground to decline to act on a request is left in the bill, it could result in otherwise valid requests not being responded to, because the requester fails to meet the unreasonable criteria.” (Suzanne Legault)

How much bullshit is it? The Liberals have been totally unable to establish that these vexatious requests are contributing to delays or burdens on the system. It’s pretty bullshitty.

What the bill does: Gives the Information Commissioner the power to force departments to release documents.

Why that’s nonsense: The power the Information Commissioner got was not the power she requested. Basically, under the Liberal plan, she would not be able to take the government to court if they refuse her orders — instead, there would be a watered-down judicial review process that would favour the federal government.

How the Liberals are selling it: “This is an important advancement.” (Scott Brison)

What did they really promise? The platform commits: “We will expand the role of the Information Commissioner, giving them the power to issue binding orders for disclosure.” So while the bill may do the latter, it doesn’t actually do the former. At least, not according to the commissioner.

What the critics are saying: “Bill C-58’s new ability for the commissioner to ‘order’ disclosure of information is an ability without teeth. It adds very little from the recommendation power currently found in the Act and achieves none of the benefits of an order-making model.” (Suzanne Legault)

How much bullshit is it? This is something that the government may actually fix in committee. But as written, it’s pretty weak.

Also worth noting is what the bill doesn’t do.

The legislation makes no changes to how departments can redact or exempt requests, even though many are ringing the alarm bells over departments’ black-marker-happy attitude towards these requests of late.

Brison and Gould also made no indication that they would move to speed up the system. Currently, requesters can be left waiting months, even years, for simple requests, because the system is reaching a breaking point.

While Brison repeatedly promised that the system would come under review again in a year, many are left wondering just why the hell they need more time, given that everyone has pretty much accepted what needs to be done.

“Previous committees that sat around this table and looked at the Act made recommendations, as did the commissioner. You ignored those recommendations in this new Bill C-58,” Cullen hectored Brison in one particularly thorny exchange. “I’m not sure it’s really time to pop the champagne corks.”