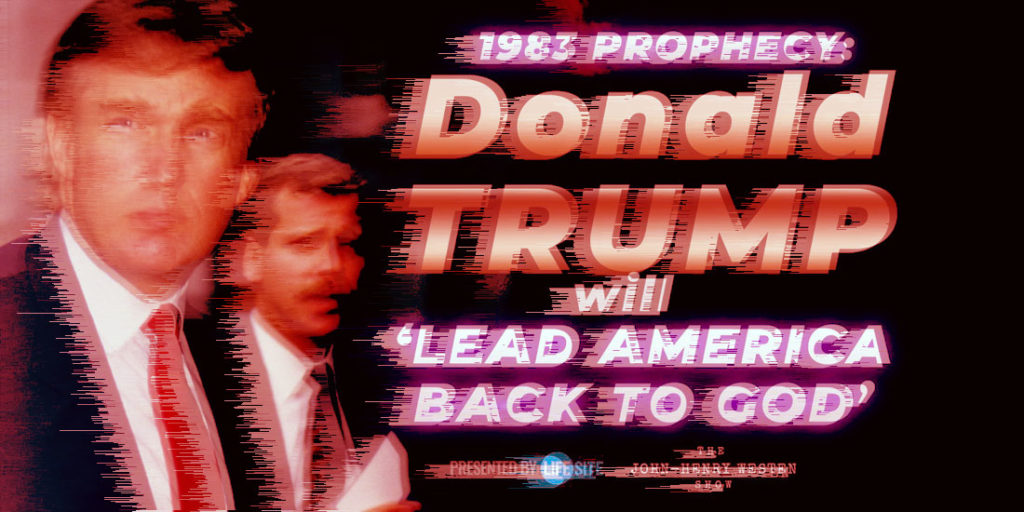 If you haven’t paid too much attention to religious media or the Christian right in this country, then you may not have come across LifeSiteNews. Long a popular outlet in certain Canadian Catholic circles for its hardcore social-conservative bent, it was predominantly known for producing advocacy journalism from an enthusiastically anti-abortion, anti-LGBTQ perspective.

Perhaps it was only a matter of time, then, before its signature campaigning against loosening societal morals — and its linking of homosexuality to violent, pedophilic proclivities — would converge with the larger preoccupations of the conspiratorial far right.

It has now, in fact, gone so far down the Q-hole that last year Q themselves linked to a missive about the “deep state” that was hosted by LifeSite.

Not bad for an outlet whose official office until recently was tucked away in a mid-rise on Toronto’s Ryerson University campus. (According to filings with Corporations Canada, it moved to Hamilton, Ontario, late last year.)

Earlier this month, the Canadian Anti-Hate Network published a report on this “Christian version of Breitbart,” whose claimed audience of 20 million has lately been fed a steady diet of “Stop the Steal” flame-fanning, Covid misinformation, and articles tagged “New World Order,” in addition to its more longstanding “pro-family” crusade.

Hazel Woodrow, the author of that report, joins Jesse on this week’s episode of CANADALAND to talk about her findings and the personal experience that prompted her to study LifeSiteNews in the first place.

(Steve Jalsevac, the president of LifeSiteNews, declined our request for an interview, but in extensive responses to Woodrow, he rejected: the characterization of the site as anti-LGBT, saying that their issue is not with LGBT people but rather with “living an active homosexual, transgender, or otherwise sexually confused life”; the idea that his site promotes far-right conspiracies, since reference to “pedosatanism” is merely “Recognizing that there is a growing Satanism movement (and there definitely is) and that sexual abuse of children is and always has been a part of some who are involved in such a movement because that is the nature of true Satanism”; and that the site disseminates Covid misinformation, because “If you do not know that the Covid-19 virus was created in a Chinese lab, then you are simply uninformed.”)

The following is a condensed and edited version of CANADALAND’s conversation with Woodrow.

LifeSiteNews is an international, traditionalist-Catholic, far-right media outlet that was founded by the Canadian anti-abortion lobbying group Campaign Life Coalition. According to LifeSiteNews’ U.S. tax returns, they estimate that they reach an audience of about 20 million people through approximately 4,000 articles published a year. They are a pretty substantial player in the transnational far right. They report on issues and events and policies all over the world.

They also have a substantial amount of money. In 2018 — which is the last year that we have tax returns for — their American corporation received approximately $1.6 million in contributions and grants, and according to their website, they subsist primarily on donations.

What can you tell me about the group from which it was born?

Now Campaign Life Coalition no longer controls or runs LifeSiteNews, but there is still overlap in their boards of directors.

You’ve published a piece squarely identifying them as a source of hatred. What makes them qualify as such?

The ways that they describe protected groups they disagree with, like describing gay people, particularly gay men, as having a radical propensity for sexual violence, for example. Multiple articles that I just gathered this morning, preparing to chat with you: “Report Shows Link between Homosexuality and Child Abuse”; “Pedophilia and Incest: justified by the homosexuality mindset?”; “Link between Homosexuality and Pedophilia.”

We define a hate group, or someone who promotes hate, as a group that demonstrates by statements, or by its leaders or activities, that it is overly hateful towards, or creates an environment of overt hatred towards, an identifiable group.

In his email response to me, the president, Steve Jalsevac, said, “We really do care immensely for persons with sexual-identity issues.” But as a queer person myself, I can definitely say that I do not feel cared about in the slightest by LifeSiteNews. And I think that even if they truly believe that they’re writing what they write out of love for these “persons with sexual-identity issues,” they’re also essentially promoting discrimination against people who are LGBT and they’re promoting the exclusion of us and of others. For example, I’ve read articles about, you know, the “Muslim invasion of Europe” or describing Muslims and leftists as “abolishing America.”

How did LifeSiteNews come across your radar as an investigator of hate in Canada?

I grew up in a fairly traditionalist Catholic household, so I actually grew up reading LifeSiteNews and reading The Interim. And those were essentially my primary sources of media socialization as a kid. And so this has been something that I’ve been aware of for a very, very long time.

Growing up reading LifeSite, what was your initial impression of it?

I saw it as being a, you know, trustworthy source of information. And it was always understood that they were a trustworthy organization that reflected the values of our faith and were writing about issues that no one else was writing about.

I came to this work of investigating them from the lived experience of having espoused a lot of those beliefs myself — having not just read the content, but, like, I participated in “Life Chains.” And I told people that, you know, gay people shouldn’t get married and that abortion murders children. I did that for a very long time. So it wasn’t just that I read it and then did nothing with it. I very much acted on that information.

What was the point at which your view of LifeSiteNews changed?

I think it was probably around the time that I came to understand myself as a queer person that I started being alarmed by the content that was coming out of LifeSiteNews.

Writing this article was probably the first time since I was in high school that I actually made a practice of sitting down to read their content, because I find it to be personally extremely upsetting and to know that that was part of my formation as a person and my understanding of myself.

There is some space between LifeSite’s interpretation of Catholicism and mainstream Catholic thought and politics. They’re not really into the Pope.

That’s something that’s very, very important to emphasize: these are not at all mainstream Catholic views. They’re exceptionally critical of Pope Francis; this is not your mainstream Catholicism that is probably being preached by most churches in your city. But I think that it has a significant reach, and so there’s always the possibility of more people turning to this really ultra-traditionalist interpretation of the Church. But I’m absolutely not writing about all Catholics or even, I hope, most Catholics.

And so I think that it flies under the radar for a lot of organizations that are concerned about right-wing populism in the media and stuff like that.

They seem to be fully in the tank with QAnon.

There’s so many QAnon-lingo words that I could have spent days searching their archives for. I could say comfortably that the themes of “deep state” — they are very big fans of the Archbishop Carlo Maria Viganò, who has referred to a “deep church,” with similar implications of infiltration and people in the Church really being bad actors. And you’re right that it has absolutely taken this really horrifying, conspiratorial turn.

Were you able to pinpoint when that happened?

I think that the publishing of Archbishop Viganò’s June 2020 letter to Donald Trump — an open letter where he talks about this “deep-state,” “deep-church” connection — I see that as being worth marking.

It’s not their homophobia that got them kicked off of YouTube. It was the conspiracy stuff, the anti-vax stuff that got them. But the anti-queer stuff, that wasn’t the problem.

No. And I have to say that, as a queer woman, that’s a little hard to swallow. Knowing how much was allowed to remain on the platform — that we can’t see anymore, and we can’t dig into and see to what extent it was — but knowing that it was pretty awful and that wasn’t enough.

What was the intent of publishing your research?

I think one of the main reasons was just knowing of that comparison to Breitbart or The Rebel but having talked to antifascist friends of mine who had never heard of LifeSiteNews and had no idea that it existed. I went into this wanting to point a light on it and wanting people who are alarmed by what comes out of Breitbart or The Rebel to also be alarmed at what comes out of LifeSiteNews — and to appreciate that, just because their target audience is more exclusive than more secular organizations, that that doesn’t mean we shouldn’t be keeping an eye on them.

Particularly, I think, when we consider the political implications of this kind of content and how, even if it’s not a lot of people, if it’s the right people who are reading this and adopting this mindset, we could be in a lot of trouble.

Because Trump’s gone and LifeSite has been kicked off of some of its biggest platforms, it could be suggested it’s now fading away. What do you think?

I am not so hopeful about that. I think the fact that, after being kicked off of or suspended from various platforms, they were directing their readers to platforms like Gab and Parler is a bad sign.

Top image adapted from the original.