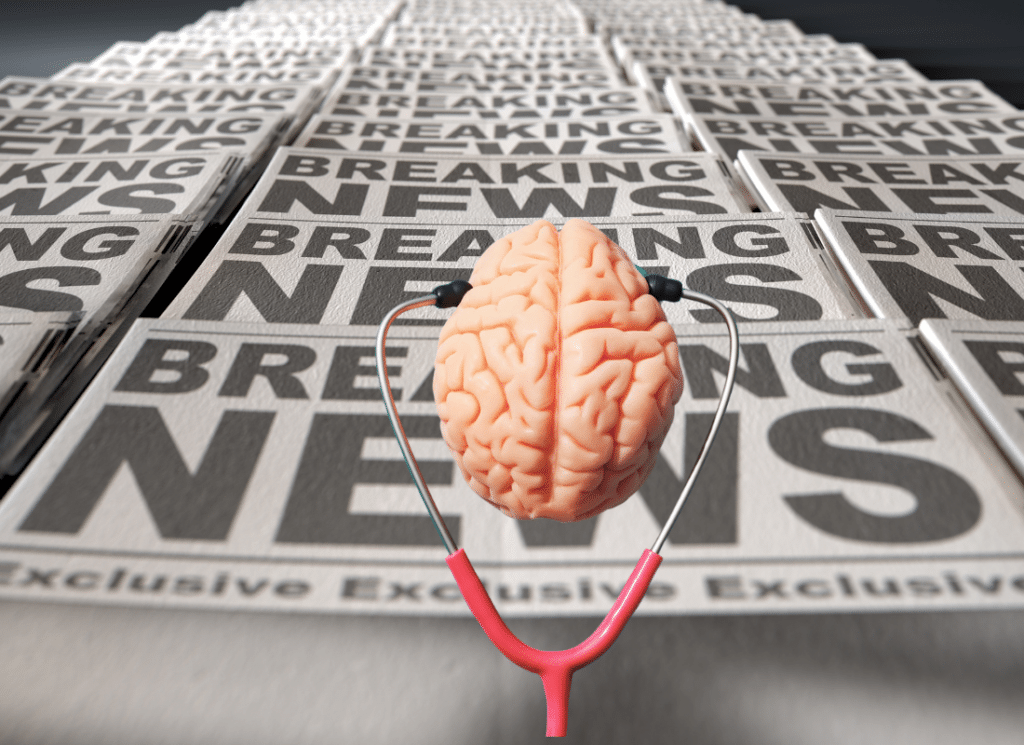 Mental Health and the Media

Journalists say intense workload and financial hardships were a bigger concern during COVID-19 than actually contracting the virus.
Opinion By Krystal Jagoo
Share

Mackenzie Casalino is a nonbinary journalist who has taken a step back from the field to focus on their mental health. They have been a freelancer since 2017. In that time, this field has taken a mental toll, from their very first freelance job. Casalino worked eight hours for Metro Ottawa before being laid off due to the closure of the newspaper while in their third year of journalism school. For Casalino, their work in journalism also meant “the struggles of constantly being misgendered.”

“[The layoff] was such a devastating hit, it caused me to go into a depression. And I really considered if I wanted to keep doing journalism or not,” says Casalino. “But I was very persistent in constantly questioning things around me, so that’s why I kept going with journalism.” Casalino is a graduate of Carleton University’s journalism program and has participated in an internship abroad and worked in various newsrooms across Canada.

Last Monday was my first (and last day) as a freelancer at Metro Ottawa. Discouraging to see as a journalism student. But still not giving up.

According to the “Journalism and the Pandemic” study published by the International Center for Journalists and the Tow Center for Digital Journalism at Columbia University, participants in a global survey of over 1,400 reporters described “the psychological and emotional impacts of dealing with the COVID-19 crisis as the most difficult aspect of their work.” Journalists indicated that intense workload and financial hardships were a bigger concern than actually contracting the virus.

Courtney Edgar, who is now the editorial director at Lady Latitudes, has shared how mental health challenges manifested following alleged workplace bullying from her editor at a local community newspaper in Iqaluit, Nunavut. On Edgar’s first day in Iqaluit, she had to take photos of a house where a murder-suicide had occurred in the driveway, which included shots of bloody jackets in a pool of blood; she estimates that she went on to cover six or seven domestic-violence murders through that first month at the newspaper.

“It is tough work and long hours at the Northern papers that are not unionized, and your editors are based out of the south but think they know better than you about your interviews and what you see daily, because of the memories they have of Nunavut from 12 years earlier when they used to live there,” Edgar recalls. “You get a lot of older men in editor positions here who grew up in rougher news environments who will describe their women coworkers as ‘snippy’ or ‘giving attitude’ any time that journalist states a fact or asserts a boundary.”

Both Casalino and Edgar say they received career advice to get a start in a small community newspaper and then work their way up. Edgar shares how it “tricks young reporters in the south to move up there, where they end up overworked, underpaid, and really disrespected by the managers.”

Change is needed in the journalism industry. There’s evidence of this everywhere: the recent mass layoffs at Bell Media of over 200 employees, which undeniably impact mental health negatively, and a recent open letter to the Ryerson School of Journalism from over 150 students and alumni, describing a poisoned environment for BIPOC people, LGBTQ2IA+ communities, and those with mental health concerns.

While Casalino attended a different Canadian j-school, the letter mirrors their frustration over having to explain to a Carleton professor why it was wrong to ask for a student’s deadname for an assignment.  (“Deadnaming” occurs when someone, intentionally or not, refers to a transgender person by the name they used before they transitioned. It may also be described as referring to someone by their “birth name” or “given name,” and often has negative mental health impacts.)

Even for seasoned journalists like former Globe and Mail reporter Jan Wong, who has also written for The New York Times, Montreal Gazette, Boston Globe, and Wall Street Journal, this field can contribute to depression, as she covered in her self-published 2012 book, Out of the Blue. In an interview with Canadaland, Wong reflects that it may stem from the nature of journalism, as journalists are expected to be brave, and be able to work all the time.

“It’s ridiculous, but it is part of that whole philosophy that journalism comes before everything else,” Wong shares, as she recalls the challenge of being assigned a high-conflict story upon returning to The Globe and Mail after taking two days off for bereavement when her mother had died in Montreal.

Wong admitted that, before retiring from St. Thomas University, she would teach her journalism students that filing a story should take such precedence — however, she also thought critically about how to support them with accommodations when mental health concerns posed a barrier to their academic progress.

While all the journalists interviewed could recall peers in the field who had also experienced mental health issues, they knew that many hesitated to disclose challenges due to stigma. In fact, despite Casalino’s openness about struggles, they say, “I’m trying to do it at my own pace, because being an advocate can be quite exhausting when dealing with your mental health.” Given how their mental health connected with oppression they faced, Casalino shared an offer with their alma mater to facilitate training on pronouns, gender identity, and reporting on queer issues, because they were actually misgendered by their journalism program on Twitter.

Clearly, both Canadian media organizations and journalism schools need to do better at making mental health a priority for the sake of reporters whose lives remain at risk. Thankfully, current students and alumni of j-schools, as well as current and former journalists, have been happy to provide recommendations for the changes that would better support mental health in the field. While the country’s media industry has a great deal of interest in covering stories of white supremacy, transphobia, sexism, ableism, and the like, they are much less invested in confronting these issues within j-schools and newsrooms to make it equitable for BIPOC people, LGBTQ2IA+ communities, and those with mental health concerns.

Krystal Kavita Jagoo is a social worker, artist, and educator who prioritizes equity in all her work. Her writing has been featured in Huffington Post, Healthline, and Prism, among others. She can be found on LinkedIn.