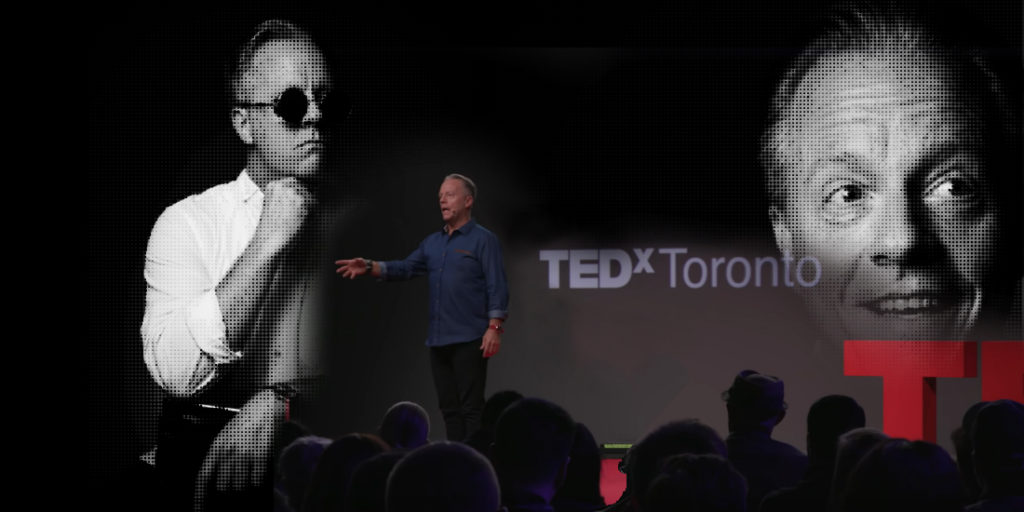 Bryant says he would not be the man he was meant to be if he hadn’t killed my son, Darcy Allan.
Opinion By Allan Sheppard
Share

This August will mark the 10th anniversary of the death of my son, Darcy Allan Sheppard, killed on Bloor St. on a summer night by Michael Bryant, then the recently retired attorney general of Ontario.

This Saturday, May 25, will mark the ninth anniversary of the dropping of serious criminal charges against Bryant. He never stood trial.

Over the years, I have watched, through Canada’s media, as Bryant made what seems on the surface to be a remarkable, even admirable recovery. From self-described depths of humiliation and despair, he has clawed his way, slowly but inexorably, back to a state of grace among Toronto’s elite. After a stint working at a bail court in Brampton (the subject of a magazine profile) Bryant’s time in exile was deemed complete. Last year he was named the executive director of the Canadian Civil Liberties Association, and he is now welcomed as a guest on CBC’s Metro Morning, to talk, at last, about topics other than his own personal journey.

Bryant’s resurrection has been noteworthy for his masterful manipulation of the media, both mainstream and alternative, and the almost universal willingness of the press to give him a soapbox whenever he needs it. They have avoided asking him the hard questions he should have to answer.

At the end of 2018, Bryant enjoyed several weeks of redemptive publicity and, on past performance, we have good reason to anticipate more to come.

First came an October talk at TEDxToronto that was later posted to YouTube under the title “Becoming who you are meant to be.”

Then there were two national media profiles: “Michael Bryant at the CCLA — an unlikely man for an unlikely job,” in which the National Post’s Chris Selley considered whether Bryant is a good fit for his new-ish job as executive director and general counsel at the Canadian Civil Liberties Association; and “Michael Bryant’s second life: Once he wielded the power of the state, now he challenges it,” by Globe and Mail justice reporter Sean Fine.

Bryant’s TEDx talk could be seen as an effort to shed his old but persistent image as a high-rolling political and social player — always eyeing the main chance; always (sometimes charmingly) egocentric — and replacing it with a kinder, gentler, more self-aware, empathic humanitarian whose values are rooted in love and faith, not ambition.

It is a nice idea, in theory.

But on video, the new Michael Bryant seems just as egocentric as the old one, though now humbled to the point of obsequiousness, and maybe a bit needy.

“Becoming who you are meant to be” could more accurately be called “How I became who I was meant to be.” Of its 16 minutes, only the last 60 seconds or so are given to a take-home message for his audience. “Start loving” and “pray for your enemies,” rounded off with a rhetorical whimper: “Be careful what you wish for. This transformation business is never what you think it’s going to be. The life you save may be your own.”

Say what? Is that really all there is?

This is the man who might have aspired to the highest office. He could’ve been a contender. Until Darcy Allan Sheppard ruined everything.

I’d understand if Bryant blamed my son for what happened. He claims he does not. He says in his talk that he has put anger and hatred behind him, through love, prayer, and the guidance of the Sanctuary Ministries community.

I’d understand if, consistent with what he presents as the theme of his talk, Bryant said he had come to love and pray for my son. He does not. His few references to my son are strangely affectless, as if my son — “the man who died” — were merely a coincidental participant in Bryant’s personal trauma. Or drama.

Yet my son is the man who, by dying — in the way he did and at whose hands he did — helped put Bryant on his path to redemption to becoming who he seems to believe he was meant to be.

If we take Bryant seriously, he would not have become who he was meant to be if he hadn’t killed my son.

Yet he has always dismissed my son as responsible for his own death through his, and only his, dysfunctional behaviour and lifestyle. Bryant has always insisted that he had nothing to do with it, except to have had the misfortune to have been driving by when my son chose to put himself in harm’s way, like so much roadkill on Bryant’s difficult path to inspiring enlightenment. Or so he would have us believe.

During his talk, Bryant says something that could seem profound if it were not so lacking in self-awareness: “If your first thought is anger, or upset, or fear, or resentment, or stigma, hold that thought. Your second thought and your first action can be something else.”

Had Michael Bryant practiced that preaching, my son might not have died. To play on Bryant’s TEDx rhetoric, the life he would have saved might have been my son’s. He might have found another way to become the better man he claims he now is.

Is it asking too much to expect Bryant could have acted then according to precepts he proclaims now?

Everything Michael Bryant does is about him. Always has been. Always will be. Bryant’s talk doesn’t dispel that; it hammers it home.

Chris Selley gets that. His National Post article points to the potential good and bad of Bryant’s egocentrism, leaving open questions about whether Bryant’s leadership of the CCLA will yield the positive results the organization anticipated when appointing him.

Selley also asks whether the CCLA can remain credibly non-partisan under Bryant’s leadership, surely obligatory when advocating causes that can raise hackles along the full range of any political, ideological, or social spectrum. Reading between the lines, I think I see questions in Selley’s article as to whether Mr. Bryant is capable of understanding and embracing effectively the inevitable ambiguities and uncertainties that civil libertarians often must transcend.

I wish Selley had said more directly what I think he implies. While he seems to some degree under the spell of Bryant’s charisma and reputation, Selley retains his journalistic skepticism: “In some eyes Bryant may not have done enough to atone for his sins, but he is certainly a changed man outwardly.”

Selley may be in thrall, but one word, “outwardly,” suggests he is not a fool. I wish I could say that about Sean Fine.

Fine’s Globe article is, in my view, the worst in a long series of puff-pieces in Toronto media about Bryant, his doings and undoings. It lacks even a shred of skepticism, offering alternative facts, misleading factoids, obvious inventions, and outright lies.

1. The Canadian media runs the same redemption story about a humbled & chastened Michael Bryant again & again. Problem is, he killed a guy. So, each story must tell a bullshit version of the killing. Here’s the latest: https://t.co/JYlLs3yBRt

Some of Fine’s text is a sloppy rehash of media coverage, including spin from Bryant and his supporters and advocates, badly recalled or worse: invented, not conforming to anything said or written by anyone for or against Bryant and his cause. I have no words to describe the level of incompetence on display here, or to persuasively ask the Globe how it could have happened and why the most egregious excesses have not been corrected.

Better sources are available: the Toronto Police Service’s Collision Reconstruction Report, the Post-Mortem Report, the attending officers’ notes, a transcript of the May 25, 2010, court proceedings at which the charges were dropped, and an executive summary of the bulk of that transcript.

I ask that if the media must tell and re-tell Bryant’s redemption story, let them please, once in a while, talk to me for balance. They may deem me too close to the matter to be objective and credible. Fair enough, but if that standard is applied to me, why not to Bryant, whose self-interest is so evident?

One more time: Nothing that Michael Bryant has ever said about the case, and nothing said by his supporters, advocates, and apologists — and nothing ever said by Special Prosecutor Richard Peck, his Ontario representative Mark Sandler, or Bryant’s lawyer, Marie Henein — has ever been tested in court, under oath and subject to cross-examination, with the checks and balances of our legal system openly in play.

It’s also true that everything I say has never been tested.

Remember that the next time you read of, or feel compelled to pontificate or speculate about, the events of August 31, 2009, and their aftermath.

I do not enjoy playing attack dog whenever Michael Bryant peeks over his parapet. He is, to me, a hollow man who will implode on his own sooner or later; not because he got away with killing my son (there is precedent for that) but because through his position and privilege, through flaws in our legal system, and through backroom political machinations which were either manipulated in his favour or which simply landed his way, he got away with taking cynical advantage of Ontario’s (and Canada’s) justice system.

And he was and remains abetted by a compliant media bent on presenting Bryant not as the man he is, but as the one he would like to become.