NOT SORRY: Canada’s Next Top Model

Canada’s pre-eminent fashion commentators were aflutter about the Trudeaus’ interview in Vogue.
By Vicky Mochama
Share

Canada’s pre-eminent fashion commentators were aflutter about the Trudeaus’ interview in Vogue. (Andrew Coyne — surely the Anna Wintour of the conservative commentariat — gives some great quotes in the piece.) The Ottawa Citizen’s national affairs correspondent, Glen McGregor, tweeted that pretty lady pictures make girls sad, Sophie, and dresses are French and expensive, and Why, Justin, why not me? plus, they should have pretended to be humble beggars. At least the Ottawa Sun’s David Akin bravely admits his failings as a human in journalism, “this is the first time I’ve ever read an article published by Vogue.” One wonders if they’ll cancel their subscriptions. 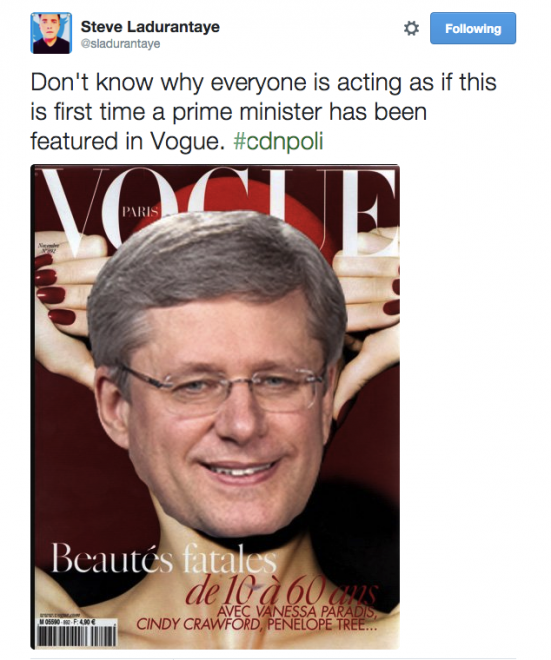 The profile in Vogue shockingly reads like a Vogue profile, meaning it also reads a lot like erotic literature. Listen to VICE’s Manisha Krishnan: everyone is acting like a fidgety nerd at the cool kids party and needs to chill. If you burn all your energy getting heated about a couture dress, you won’t be invited to smoke out back and feel some way about Sophie Gregoire-Trudeau’s name. Y’know, we could just save time and newsprint by having a national referendum on who watches her kids, what to call her, what color her hair is and how tall she can be. Another democratic innovation on offer: we need a Prime Minister’s Question Time, but with dancing. On ice. And no questions. 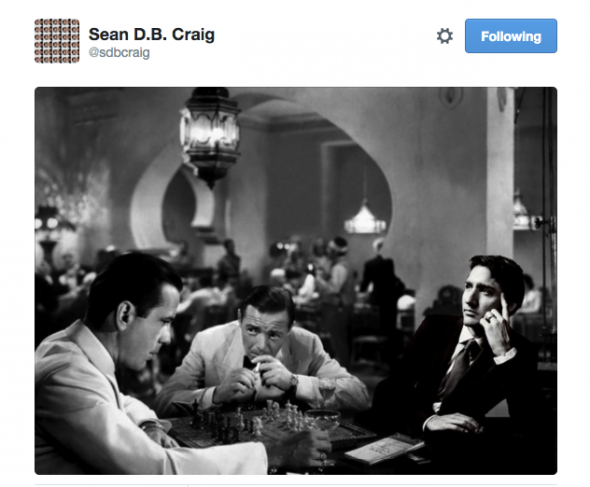 In the other major profile of Justin “Timberlake” Trudeau tells The New York Times that on his first call to Barack “J.C. Chasez” Obama, the American president told him to manage expectations early on. So naturally, the Prime Minister was at Pearson airport greeting and handing out jackets to a flight of refugees. While Canada was slow to the Syrian refugee situation, Buzzfeed has some cool stats showing that Canada has been welcoming refugees from around the world (albeit, slowly) for a while. There are moving stories of families all over the country opening their homes and lives like this is a nationwide Pixar movie. Nancy Addison, a retired teacher from Alberta, is sponsoring a refugee family. She shares a heartwarming story of a Jasper man who asked if the Syrian father, a former engineer in his 60s, would be interested in inheriting his Canadian civil engineering business. Your move, Justin. You gotta offer your job to a refugee.

It is a leap to say Shad’s tenure as host of Q is over but the Globe and Mail’s Mikhail Baryshnikov, Simon Houpt, landed an epic grand jete of criticism:

“Listening to Shad is an exercise in frustration, like being a hockey mom who sees all of the possible plays her son could make and yet knows in her sinking heart that you just can’t teach puck instinct. And listeners are noticing.”

CANADALAND’s Jesse Brown blames Shad’s stiltedness on the CBC (…as he is generally inclined to) for tightly managing his radio presence. Shad is probably struggling because the CBC is a “psychologically unhealthy” workplace like, say, your job. But you can’t say they didn’t mentor him.

The Ceeb does have some esplainin’ to do. How do you get a whole company mad at you? How dare they publish a list of the top twenty Christmas albums that doesn’t include N*SYNC’s seminal “Home For Christmas”? Why haven’t they updated their story that incorrectly reported that single male Syrian refugees wouldn’t be allowed? On a serious note: Do they not get shivers hearing the fine men of N*SYNC hit the high notes on ‘O Holy Night’?

NOT SORRY is written by Vicky Mochama who feels bad for UK Prime Minister David “Joey Fatone” Cameron. We all have our roles to play, Dave. Thank you to Patreon supporters who are all I ever wanted. We land in your inbox every Friday afternoon and we gonna bring it till the end. Subscribe. @ Us. Bye. Bye. Bye.