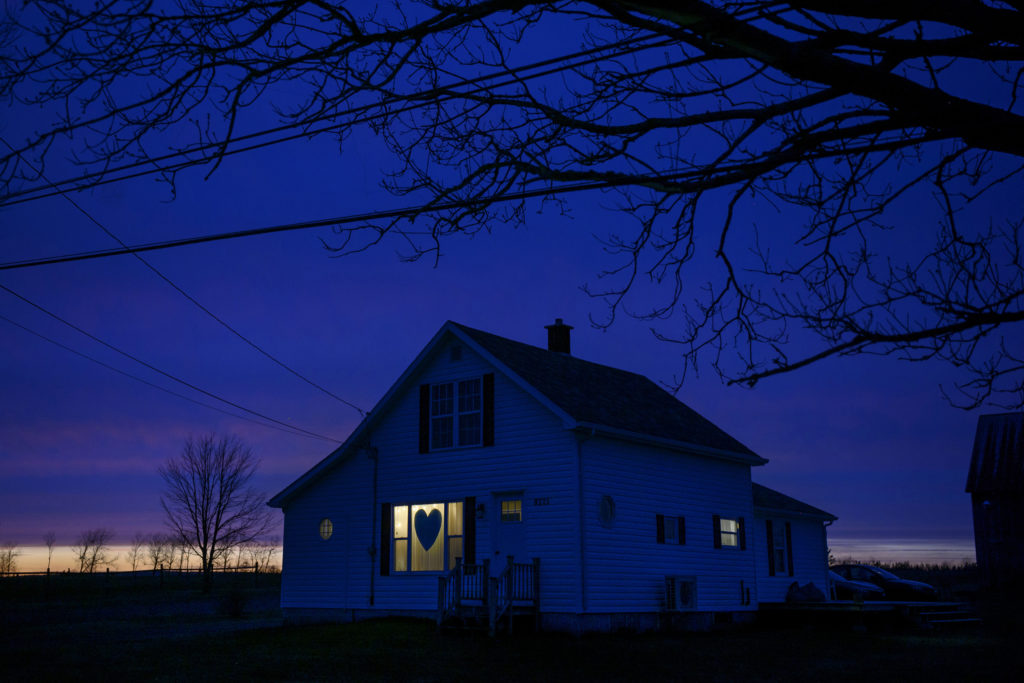 Darren Calabrese, Canadian photojournalist of the year reckons with a profession he says does not value freelancers
Article By Laurence Butet-Roch
Share

As has been the case for many sectors of our society, the pandemic has laid bare and exacerbated the struggles photojournalists face with poor pay and precarious work.

At the end of March, Darren Calabrese was named Canadian Photojournalist of the Year by the News Photographers Association in Canada (NPAC) for his coverage of 2020 events in Nova Scotia, his home province. In their awards announcement, NPAC commended its members for “placing the vital importance of news coverage ahead of their personal safety,” a commitment that entailed risking exposure to the virus, and in today’s increasingly polarized world, encountering acts of physical violence. Yet that level of dedication, feels Calabrese, often goes unrewarded and is undervalued.

“The level of commitment that the industry demands of us to do this work and to take on the associated emotional stress is never reciprocated by the industry itself,” he shares.

Calabrese’s work includes reports on the impacts of the pandemic on everyday life in the Maritimes, as well as stories on a reclusive former lighthouse keeper, on the Mi’kmaq’s right to fish, on conservation efforts to save the endangered Acadian forest, and on the worst mass shooting in the country’s modern history, which claimed the lives of 22 people last April. While he appreciates the honour of being named the photojournalist of the year, the title makes him uneasy. “It would be pretty tone-deaf to celebrate the images I made,” he says, referring to both the tragic moments he witnessed and the toll his work has taken on his personal and professional life. “I would give it up to have a sustainable career, a life that would allow me to take a sick day when I need it,” he adds, his voice trailing off.

The reasons cited were job uncertainty, financial instability, isolation, lack of support, and the unreasonable expectation that one should always be on standby for assignments.

“The combined stress of growing economic precarity and of exposure to high-stress and high-trauma environments on a regular basis has put us in a situation that is unsustainable,” explains Amber Bracken, an Edmonton-based documentary photographer and one of the acting executive for UPoC. Beyond receiving several NPAC awards throughout her career, she has been recognized internationally by the World Press Photo contest and the International Center of Photography.

For photojournalists, the pay has not kept up with inflation, and in some cases has gone down considerably. Calabrese notes that when he moved to Halifax in 2016, Maclean’s paid $800 for a day’s work. Today, he can only count on $500 for a similar mission, a 37.5%  cutback. Assignment rates are intended to account for their infrequency, the cost of maintaining equipment and competency, and the time spent preparing, editing, and filing. In the last year, the magazine only reached out to Calabrese seven times, not all of which were for full-day assignments. Overall, despite the important news coming out of Nova Scotia, he made only a third of previous years’ income.

UPoC came together organically when The Globe and Mail drafted a new contract for freelance photojournalists. They successfully negotiated a raise, but the newspaper was unable to establish a rate commensurate with today’s average cost of living, a disparity prevalent across the industry. “The systemic inertia has put us in a situation where contract terms haven’t evolved to reflect contemporary realities. The norms of what is expected or acceptable for freelance photojournalism isn’t working. We’re not doing OK,” explains Bracken. Such working conditions coupled with the scarcity of assignments, lead many of her colleagues to feel like they can’t refuse when work comes their way, even when circumstances would warrant it.

After covering the Portapique shooting rampage, Calabrese experienced symptoms of PTSD. Yet he didn’t have the support, nor the resources to stop working and immediately address it. Being an independent contractor not only means no benefits, which could cover the costs of seeking professional help, but also less responsibility on the part of a publication to care for the people they hire.

“In that reporting, I felt quite alone,” confides Calabrese, “especially once I started dealing with its aftermath.” Recognizing the importance of physical and mental well-being, the Photo Bill of Rights, a call to action signed by nearly 2,600 photographers and 60 organizations from around the world, summons media institutions to provide safety assessment, hazard pay, personal protective equipment, training, as well as trauma-informed aftercare when necessary.

Calabrese, who is among the signatories, stresses the importance of the latter recommendation, not only for his own health, but also for the community he serves. “If doing the work makes my subsequent judgment worse, then I’m doing a disservice to the people whose stories I’m trying to share,” he points out.

Precarious work conditions also affect the diversity of our media ecosystem by creating a barrier to entry, believes Bracken. “We can’t address the representation issue without addressing the sustainability issue,” she argues. “In order to make it in this industry, you need to be able to buy up to $20,000 of startup equipment. You need a safety net to help you through the years of insecurity. And there’s no longer the promise that once you’ve paid your dues taking on underpaid jobs, you’ll be rewarded with a staff position. Unless we make this professional path financially sustainable, how can you include people that are already facing other forms of economic marginalization and pressures?”

For Calabrese, caring for his two children is forcing him to revisit his career choice. “Is this inevitable? Is this what I’ve been working toward all along?” he wonders, recalling that many of the photojournalists he looked up to when he was starting out have already left the industry. “Is this me hitting that wall? It’s a hard thing to digest. I’m not ready to stop. But I’m not ready to put myself or my family through another year like this. You can’t keep compromising for the industry, because the industry has never compromised for us.”

Top Photo by Darren Calabrese: Following the deadliest mass killing in modern Canadian history, a homemade paper heart is silhouetted in the window of a farmhouse located near the rural community where the rampage began in Portapique, N.S. Without the ability to gather for vigils or funerals due to the COVID-19 pandemic, a virtual memorial was organized with Canadians across the country placing memorials to the victims in their windows. On April 19, a gunman dressed as a police officer murdered 22 people on a shooting and arson rampage that lasted 13 hours, raising questions as to why the Royal Canadian Mounted Police failed to alert residents that the killer continued to be at large. Following months of demonstrations and lobbying by families of the victims, a public inquiry into police missteps during the massacre was called.