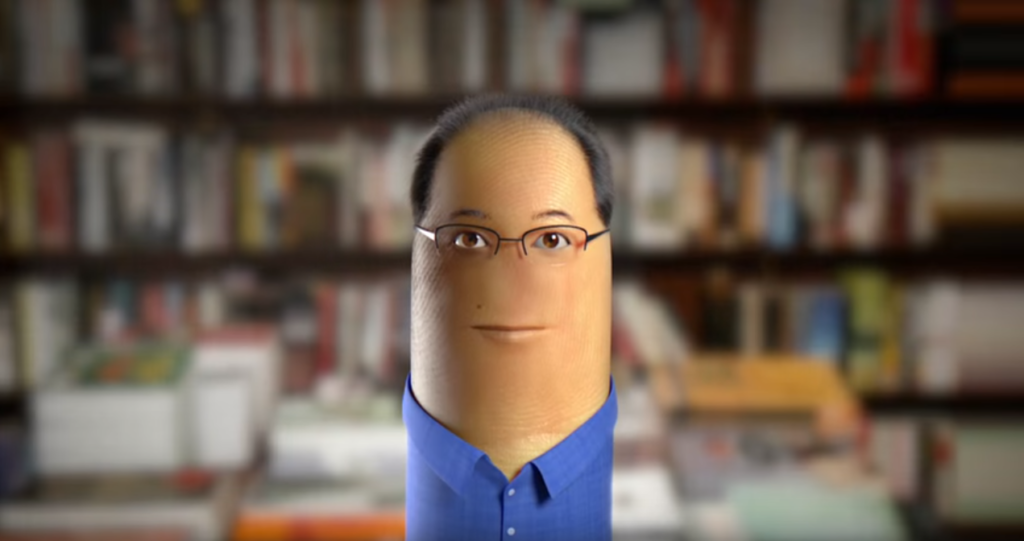 About ninety journalists have been cut from the Postmedia chain across the country, according to a memo from CEO Paul Godfrey. In Ottawa, Vancouver, Calgary and Edmonton newsrooms will be merged but there will be no closure of any Sun chains. It’s unclear how many journalists were let go from each newsroom but CANADALAND was told the Ottawa Sun will be operating with just two editorial employees.
By Jane Lytvynenko
Share

About ninety journalists have been cut from the Postmedia chain across the country, according to a memo from CEO Paul Godfrey. In Ottawa, Vancouver, Calgary and Edmonton newsrooms will be merged but there will be no closure of any Sun chains. It’s unclear how many journalists were let go from each newsroom.

90 Postmedia newsroom positions will be eliminated across the chain, we are told. #cdnmedia

Reliable source in Ottawa says 12 jobs will be lost between all Postmedia papers in the city. The Sun will only have 2 reporters left.

Super sad to say that as of today, I’m no longer with the @edmontonjournal. It’s been a privilege to work there and tell Edmonton’s stories.

Edmonton Journal’s newly fired EIC was the only Postmedia editor to speak out about the forced election endorsement: https://t.co/VXmP4sTlvu

Postmedia/SUN newsrooms “merging” in Ottawa, Calgary, Edmonton and Vancouver. Toronto not on the list.

@CANADALAND No but they axed a fair number of people in Toronto today.

This news comes on the heels of Postmedia’s fourth quarter financial results, which posted a significant decline in digital, circulation, and ad revenue. 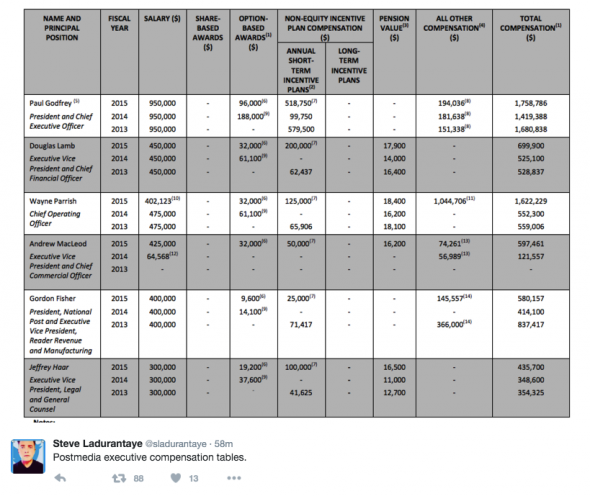 Here is the full memo from CEO Paul Godfrey:

From the inception of Postmedia to the current day we have faced ongoing pressures from all sides –– while at the same time, teams across our company have continued to accomplish amazing feats of creativity, innovation and transformation.

As you know, we have announced a cost cutting program aimed at finding at least $80 million in savings before the end of fiscal 2017. That significant of an initiative requires looking at everything in a new way and considering approaches we have never taken – truly nothing is off the table. We know that we can’t make meaningful headway against our challenges without great effort.

Since the acquisition of the Sun Media brands, we have been working to move our teams together in order to leverage strengths and also to find synergies and savings. We have made progress across our Sales, Marketing, HR, Finance, IT and other administrative functions. The next step is our newsrooms.

Today, at townhall meetings in our larger metro and Sun newsrooms, we are announcing some significant changes across our operations but specifically, in our cities with two brands: Ottawa, Calgary, Edmonton and Vancouver. Let me be clear on one very important point – we will continue to operate separate brands in each of these markets. What is changing is how we produce these products.

Effective immediately, in Ottawa, Calgary, Edmonton and Vancouver, we will be sharing most of our newsroom resources. Each city will have one newsroom. Our Calgary brands: Calgary Sun and the Calgary Herald will share one Editor – Jose Rodriguez, our Edmonton brands: Edmonton Sun and the Edmonton Journal will share one Editor – Lorne Motley. In Ottawa, the search is underway for a new Editor who will be responsible for both the Ottawa Citizen and the Ottawa Sun. In Vancouver, our senior editorial team, under the leadership of Rob McLaughlin, will also represent one newsroom with two brands, The Vancouver Sun and The Province.

Through a deep pool of talented multi-media journalists local news and events will be covered, reported on and investigated by one team in Ottawa, one team in Calgary, one team in Edmonton and one team in Vancouver. Our multi-media journalists will be brand and platform agnostic ensuring that we have complete coverage of important local stories. Stories covered will be adapted by platform at a rewrite desk dedicated to ensuring that the right voice and content makes it to the right brand and platform. We will continue to operate our broadsheet newspapers and our tabloid newspapers in their current formats and with the features and focus that our readers have come to expect from their favourite news brands.

We are also announcing today the formation of a national sports writing team under the leadership of Bev Wake, Senior Executive Producer, Sports. The national sports team is comprised of our writers in each of our markets and will provide the most comprehensive sports coverage available for all of our brands and platforms.

What this means is that today we say goodbye to approximately 90 of our talented journalists, colleagues and friends. We will be working closely with those affected to ensure as smooth a transition as possible. In the next few days, we will also be introducing a buyout program in the Vancouver and Ottawa newsrooms as part of this one newsroom initiative. This decision came after a great deal of looking and relooking at our options and is the one that best serves our continuing operations while meeting the needs and demands of our audiences and advertisers.

We know this will not be without its challenges and we know there will be bumps along the road. But not changing is simply not an option and over the next few weeks and months I am confident that our new newsroom design will not only result in some important cost reductions but that we will be focused on creating the best products for our audiences and clients across the country.

If you have questions, please bring them up to your manager or HR representative or send them to businessupdates@postmedia.com.