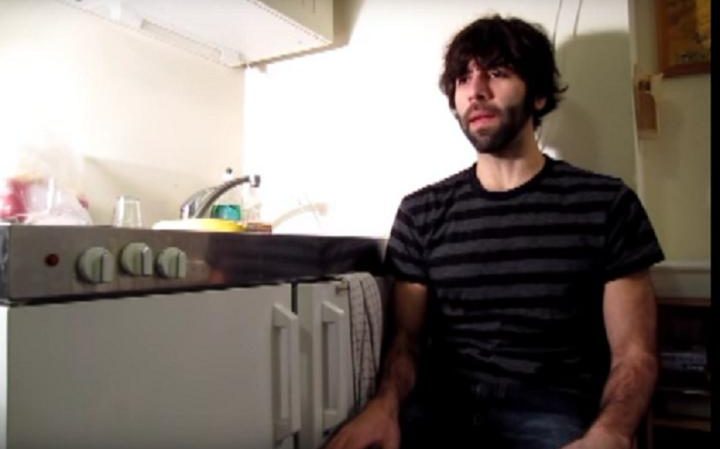 Roosh V, A Noted Misogynist, Is Trying To Threaten Journalists

Roosh V had a bad week. When word got out about the men’s rights activist (MRA) meetups he had planned to hold in 165 locations around the world – 10 in Canada – he faced bans, threats, and mayors telling him he wasn’t welcome.
By Jimmy Thomson
Share

Roosh V had a bad week. When word got out about the men’s rights activist (MRA) meetups he had planned to hold in 165 locations around the world – 10 in Canada – he faced bans, threats, and mayors telling him he wasn’t welcome. Naturally, he blamed the media; women in particular. Now he’s compiling a list of journalists who, he said, misrepresented his intentions.

“Dozens of reporters have now blatantly lied about all of us being ‘pro rape’ and have a ‘rape advocacy platform,’” the man who previously claimed rape should be legal on private property wrote on his forum. “They have frothed up a crazy mob that is ready to dox and assault.… The problem is not just the mob, but those who are tossing chum to the mob. We’re going after the root of the problem.”

In the post (since made private but accessed through Google Cache), the author of books like Poosy Paradise and Bang encouraged his followers to collect information on any reporters who covered the meetups in a negative light. He took particular offense to having been labeled “pro-rape,” insisting that the pro-rape post he wrote on his website Return of Kings was satire. It was labelled as such a year after posting.

“The behaviour we’ve witnessed over the past week is perfectly explained by flocks of narcissists, organized online, exercising vicious cunning with a human’s capacity for abstract thought,” wrote a contributor to the forum. “They are the metaphorical lizard people, dressed in skin suits, unreasonable and unrepentant. Those of us on the front lines have seen their true faces a hundred times before; after this past week, their nature has been revealed to all who had eyes to see.”

In Canada, Metro Toronto reporter/alleged lizard person Jessica Smith Cross wrote about a female boxing club that was intending to crash the meetup event. Two days later she received a tip from a stranger on Facebook telling her she had made it onto Roosh’s list of media enemies.

“I don’t know what to make of it yet,” she said. “Maybe if there’s a post that comes up I’ll have more insight into it.” As of yet, she said she hasn’t felt threatened, or had any hateful messages come her way. “But I recognize that it could unleash a torrent of hate on me or the other reporters,” she adds.

According to the cached version of the forum page, the MRA group only has a few pieces of public information about her – her Facebook page, Twitter, publication, and, creepily, her photo. Cross said she has tightened up her privacy settings.

As a precaution, her editor offered her a cab home from work.

“Speaking for myself alone, I don’t have any respect for Roosh V or any of his followers who engage in Operation Bullhorn and I’m not afraid of them,” she said, adding that she doesn’t want to minimize the feelings of anyone who may feel threatened. “Fuck anyone who would wage a campaign of harassment against a reporter doing his or her job.”

Thirteen of the 17 reporters mentioned in the cached forum pages (from Australia, Canada, Sweden, the UK, and the US) are women. In Canada, aside from Smith Cross, Calgary Sun reporter Michael Platt was named alongside his Toronto colleague Jenny Yuen. Both wrote scathing articles in the days preceding Roosh V’s decision to cancel the meetups. Coverage of Roosh V didn’t stop there. Once the meetups were cancelled, the relentless misogynist asked police for protection in the wake of threats against him. The Daily Mail has since reported Roosh lives in his mom’s basement.

The pick-up artist at center of storm over ‘pro-rape’ blog lives in his mom’s basement https://t.co/5ELqO2evr6 pic.twitter.com/PXj8XTYV8v

The anti-journalist discussion on Roosh V’s thread focused on tactical considerations – what information to collect, and how, as well as the typical rage at having been misrepresented that appears after every media story about MRAs.

“I suggest everyone “adopt” a reporter in your specific area/city,” wrote one forum member with the username Castelnau. “Dont make nasty comments on their Youtube or Facebook, dont tip them off, DOCUMENT Everything. take screenshots, save Youtube videos before they delete them. Focus on collecting evidence. That will be more painful to them than a nasty Youtube comment or downvote.”

Being who they are, however, some members inevitably steered the discussion towards more comfortable territory for them: women, in particular how terrible they are, and how nice it would be to have sex with them.

“Growing up, society failed me and did not give me the proper tools to know how to attract members of the opposite sex,” suggested one contributor.

“WB [would bang] tho,” wrote another.