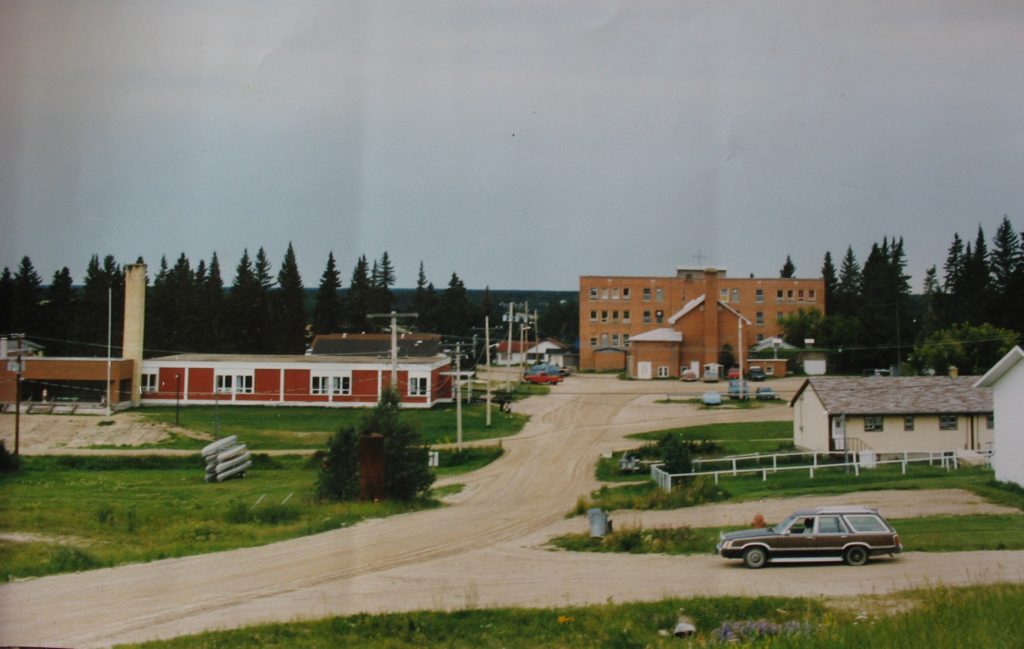 Scott Gilmore and the “Imaginary Indian”

It is rare that more than a week or two go by without one of Canada’s usual suspects offering up another in a long line of flawed analyses of Indigenous failure for mass consumption.
By Chelsea Vowel
Share

“The country’s large newspapers, TV and radio news shows often contain misinformation, sweeping generalizations, and galling stereotypes about Natives and Native affairs… The result is that most Canadians have little real knowledge of the country’s Native peoples, or the issues that affect them.” – Canadian Association of Journalists, to the Royal Commission on Aboriginal Peoples (RCAP, 1996).

I woke up on January 27 to an odious piece about La Loche by Scott Gilmore suggesting northern Aboriginal communities should leave their homes and move south. I probably only saw the article because it was being eviscerated rather handily on Twitter. As a Métis woman, I try my hardest to avoid reading this sort of thing, but it is rarely possible to filter it all out. Only a few days earlier, Conrad Black had in his trademark bilious fashion, waxed eloquent yet again about Indigenous pre-Contact inferiority and barbarity as he rushed to the defence of the good name of Sir John A. MacDonald. It is rare that more than a week or two go by without one of Canada’s usual suspects offering up another in a long line of flawed analyses of Indigenous failure for mass consumption.

What was so objectionable about Gilmore’s article? At its heart, it is a piece that accepts failure, locates that failure outside of a very well documented history of colonialism, and suggests the “solution” of relocation that has been attempted numerous times, with provably horrific consequences. His article can only exist within an informational vacuum.

Rather than look into the history of the community of La Loche, or the history of northern communities in general, Gilmore states, “the cycle of violence goes so far back it is impossible to find a first cause.” Actually, he only needs to go back to 1996, when the Royal Commission on Aboriginal Peoples (RCAP) released its final report. Volume one of that report does a very good job of laying out the context: contact and co-operation, displacement and assimilation and so on. There is indeed a first cause, the dreaded “c” word; colonialism. Or he could look at an even more recent report, like that of the Truth and Reconciliation Commission, which very clearly lays out the legacy of the residential school system.

Gilmore then insists that Indigenous people in isolated communities must be given help to relocate to “southern Canada” to be “integrated into one of the world’s healthiest, safest, most rewarding societies.” Some population estimates suggest that more than half of Indigenous peoples already live in the urban south, yet continue to represent the poorest demographic in Canadian society. Urbanization has, shockingly, not adequately addressed colonialism. In fact, relocation of Indigenous communities is such a common project of the Canadian state, the RCAP devoted an entire section to it, describing in great detail the harm these relocations have had. To continue to advocate for something that does not work, and has repeatedly done more harm than good, seems a bizarre way to go about “helping.”

Then with stunning heavy handedness, no doubt included for dramatic effect, he tells readers the alternative is to “send [Northerners] a backhoe as they keep digging graves.” It is obvious that Gilmore does not actually present this as an acceptable action, and yet only a few years ago, Health Canada sent body bags to northern Manitoba First Nations communities as its response to a call for help in battling the H1N1 virus that was sweeping through the population.

Not once does Gilmore reference the fact, so recently reiterated by the Canadian Human Rights Tribunal, that Canada has been deliberately underfunding First Nations social services for generations, with unsurprisingly negative outcomes. Not once does Gilmore suggest, as has been outlined in so many official reports, that funding parity might be something to actually try.

Contrary to popular opinion, which is very much influenced by media reporting, Indigenous peoples consistently receive less funding and less resources than any other population in Canada. To hear the media tell the tale however, we’re all going to bed each night hugging cartoonishly large bags of money to our chests as our lives fall down around our ears. Gilmore, and the many others who repeat the tired narrative of northern communities being pits of eternal despair, need to do a better job of listening to what northerners have to say about their own lives.

Mark Anderson and Carmen Robertson examined media portrayals of Indigenous peoples in Canadian English-language media from 1869 to 2011. Their research shows that despite those who claim the press is “non-partisan or strictly objective,” this has demonstrably never been the case in Canada. In fact, media portrayals of Indigenous peoples have consistently created what Daniel Francis calls the “imaginary Indian” in his book by the same name. Anderson and Robertson argue that as a source of “popular education,” the media serves a vital role in fostering a sense of Canadian nationalism. This nationalism must necessarily displace Indigenous peoples as owners of land and resources in favour of the Canadian state.

Though this has been an important role and reality of Canadian media for at least the last 147 years, we need not remain mired in traditions that do more harm than good. In fact, it is becoming more apparent that a fundamental shift in Canadian media is a prerequisite to “reconciliation.” That fundamental shift requires moving away from the “imaginary Indian,” created to bolster nationalistic claims to social, political and legal supremacy, towards a true representation of the complexities of Indigenous life. This means  including a full accounting of the history and contemporary realities of ongoing colonialism.

“We call upon Canadian journalism programs and media schools to require education for all students on the history of Aboriginal peoples, including the history and legacy of residential schools, the United Nation Declaration on the Rights of Indigenous Peoples, Treaties and Aboriginal rights, Indigenous law, and Aboriginal-Crown relations.” – Call to Action 86, Truth and Reconciliation Commission of Canada.

For over a century and a half, the Canadian media has failed to provide Canadians with a clear understanding of historical and contemporary contributions of Indigenous peoples, of the Treaties and other relationships between Indigenous and non-Indigenous peoples, or of the legacy of the residential school system. This is not merely a sin of omission, this has been nothing short of a deliberate policy of misinformation.

Frankly, this policy has created an obligation on the part of all sectors of the media industry in this country to engage in a concerted program of education to aid in correcting widespread ignorance and misconceptions about Indigenous peoples. To deny this is to accept that reconciliation is not a goal that the media is going to have any part in bringing to life. It can start with professional development for journalists and editors, it can continue with well-developed courses in journalism schools, and it must gather momentum in every classroom in this country.

Things are going to change. Things must change. No sector of Canadian society should be turning away from the job ahead of us, and there is a very clear role for the media in ensuring we don’t waste another 147 years on the “imaginary Indian.”