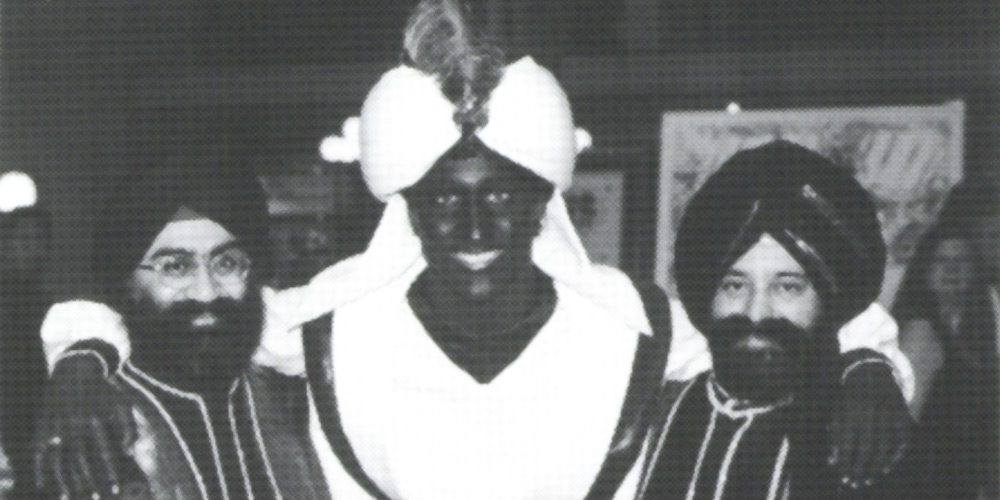 There Is A Second Photo Of Justin Trudeau In Brownface

And it's arguably even worse
Opinion By Robert Jago
Share

By now we have all seen the photos of Prime Minister Justin Trudeau in brownface from a school yearbook and in blackface from his high school days. Canadaland publisher Jesse Brown has asked why no Canadian media had found these before — and there really is no excuse, other than that we thought we already knew everything there was to know about Justin Trudeau, who’s been a celebrity since the day he was born.

I earned notoriety in the last Canadian election for being an independent blogger who was able to dig into the social media pasts of candidates, several of whom were forced off the ballot because of it. But I never looked into Trudeau, and not because I was particularly supportive of him. (I’ve written a detailed criticism of him in the pages of The Walrus.) But because he was a lifelong celebrity, I’d no sooner look into his background than I would the backgrounds of Prince William or a Kennedy — people about whom all is apparently known.

With the first revealing brownface picture, though, it made me understand that I knew far less about him than I thought. So I took a second — or maybe a first, critical — look at Trudeau’s past, which is when I discovered an as-yet-unseen photo of him in brownface from the April 2001 newsletter of the Vancouver private school at which he taught. It had been freely available online via the Wayback Machine for the past decade and a half.

The picture, from the same “Arabian Nights” gala as Time’s photo, shows Trudeau towering over two men who appear to be Sikh. One is smiling, the other with a more complex expression. I can’t imagine what was going through their heads, having never been in the situation they were in.

The newsletter’s spread shows many other people in costumes of debatable merit — but only Justin Trudeau was in brownface.

I suspect many other people had the same sinking feeling I had when I first saw a picture of Trudeau in brownface. It was one of shock, and it was a deep disappointment, a feeling of “not him, too.” I imagine the prime minister at multicultural events, or at First Nations ceremonies, looking down at us, our cultures, our national and ceremonial dress — with the brownface mentality that sees minorities as exotic at “best” and punchlines at worst. Others on social media expressed the same shock and disappointment:

As a young brown man in politics, and especially one who an active Liberal, I am profoundly disappointed that Justin Trudeau would ever have thought that black/brown face is acceptable.

this news is a violation in my opinion of true Liberal values. Utterly shameful. #cdnpoli

NDP Leader Jagmeet Singh captured the mood well in a statement to reporters in Mississauga last night, when the emotion that many of us are feeling came through in his words.

There are many who will dismiss this as a non-issue. But as with his cruel dismissal of protestors from Grassy Narrows (“Thanks for your donation”), it shows you that Trudeau’s behaviour towards people of colour and Indigenous people isn’t just indifference or expediency, but something else.

The idea that the prime minister of our country is laughing at us, belittling us, and mocking us because of what we are as non-white Canadians is a hard impression to shake.