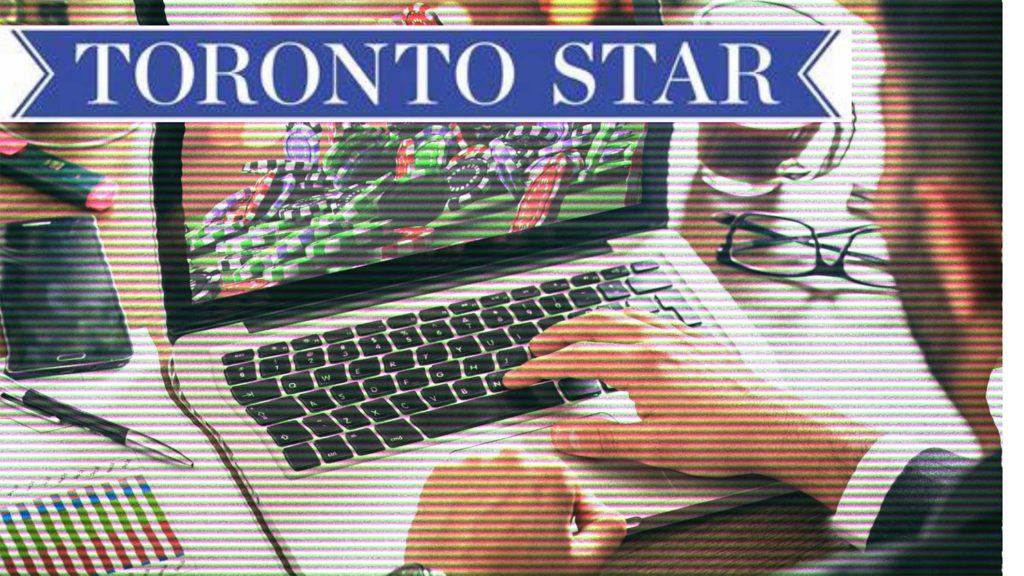 The Star Gambles with Ethics

Torstar's planned casino raises questions about covering a problematic industry from which they also stand to profit.
Opinion By Fernando Arce
Share

If afflicting the comfortable and comforting the afflicted–an old journalism maxim–still holds true, the owners of the Toronto Star have missed the point by trying to fund their newsrooms with gambling profits.

On March 1, Torstar Corporation owners Paul Rivett and Jordan Bitove announced they would be launching an “online casino betting brand” in 2021 to fund their journalistic outlets, according to a press release. They’re awaiting approval from the Alcohol and Gaming Commission of Ontario (AGCO), which is expected to be granted authority to “conduct and manage iGaming, in addition to having the role of the regulator,” as per the press release.

The move follows Ontario Premier Doug Ford’s 2019 promise to open the online gaming market to private operators, a money-making scheme the Torstar owners seem keen to capitalize on given the difficulty mainstream news organizations are having finding cash to stay afloat. In the past, mainstream journalism has been funded in large part through ad revenue dollars. An imaginary firewall has been used to keep the editorial side independent from the business one, at least in theory, so as to not compromise the coverage. While the efficacy of this funding model is being challenged by the rapid growth of independent outlets, it remains the lifeblood of mainstream journalism.

In the age of social media, however, those ad dollars have dried up, going primarily towards tech giants like Google and Facebook. Diversifying revenue sources to stay alive and relevant has now become the name of the game.

Studies have shown that as much as 50 percent of gambling revenue comes from problem gamblers, and that most of these people are low-income earners. A 2017 investigation by the CBC’s The Fifth Estate revealed “just how much government casinos rely on problem gamblers,” showing that despite putting themselves on the self-exclusion list, thousands of people with gambling problems were actively encouraged to gamble through perks like discounts via players’ cards. That same year, the Ontario Lottery and Gaming (OLG) Corporation made a net profit of $2.49 billion on the backs of these people.

Online gambling in particular was found “the form most likely to be rated as harmful,” according to a 2017 report by the Centre for Gambling Research at the University of British Columbia, which also noted the “longstanding concerns” of its risks to public health. in 2011, The Star itself criticized the OLG for its weak safety net designed to help people with gambling addiction.

From 1899 until 1948, the Star was inspired by one of its earliest and most influential publishers, Joseph E. Atkinson, and since then it has espoused the so-called Atkinson principles of journalism. Though never officially codified until at least 1999 when they first appeared on the Star, the principles were based on Atkinson’s ideas that a large city’s newspaper had a mandate to pursue “social, economic and political reforms,” as explained by the Toronto Star. Though the newspaper has undergone serious transformations since then, it has kept the principles, at least on paper, which once put a premium on notions of fairness and the utmost pursuit of social justice and truth. (According to the Torstar webpage, the Atkinson principles “are confined to the operations of the Toronto Star and do not extend to Torstar’s other publications or businesses.”).

Toronto Star publisher, Jordan Bitove, was not available for comment. Jim Warren, the Star’s spokesperson on this matter, did not return several phone messages seeking comment for this story.

According to Romayne Smith Fullerton, an associate professor at the Faculty of Information & Media Studies at the University of Western Ontario, that means that when a news organization is more preoccupied with a capitalist profit-making impetus, it stands “diametrically opposed” to the ethos of journalism.

Choosing to fund their journalism through an industry that “largely makes its profits on the people who can least afford to gamble,” she says, “really is against everything the Toronto Star stood for.”

If a news organization tasked with unearthing the gambling industry’s flaws and effects on society and the communities in which it operates is willing to look the other way in order to accept money from it, she adds, “what other unethical businesses would it be willing to link up with in order to pay for its journalism?”

So, “we need people who are independent and only owe their allegiance to citizens,” says Smith Fullerton. “Not to a private corporation and certainly not to…the gambling industry.”

But for the former chair of the Canadian Association of Journalism’s ethics committee, Ivor Shapiro, the issue is not as black and white. While he understands the need to question a decision like Torstar’s and the possible conflicts of interests that may arise, he says ultimately it is “really an impossible dream to ask that any human being eliminate conflict of interests from their lives.” Instead, he tells Canadaland, “what (journalists) have to do is be aware of them” in order to “control them.”

For him, when there are issues of censorship, it’s most likely due to “unscrupulous” publishers, though they’ve been “usually” good at keeping that firewall up and thus editorial independence. “But not always,” he says, because, ultimately, there simply is no way the public can expect that every investment made by the owners of news organizations will “be pure.” The best we can hope for is that they be held accountable when put “under the microscope.”

But putting the responsibility on unscrupulous publishers misses the mark. It puts too much emphasis on individual action rather than on systemic failures. “You can talk about a few bad apples ruining the public trust,” says John Cameron, publisher of Briarpatch Magazine, an independent outlet based out of Saskatchewan which covers national politics both online and in print. “But when those few bad apples own the majority (of the media), that presents a huge problem.”

Canada’s media consolidation problem has meant the dearth of local and community newspapers as owners shutter them and engage in massive lay-offs in the search of profit. Torstar itself, under its previous owners, shuttered 37 of the 40 local newspapers it inherited in a 2017 deal, resulting in hundreds of layoffs. Last year, it again laid off more than 100 workers. As of writing, BuzzFeed has shuttered its entire Huffpost Canada and Huffpost Quebec operations, laying off 23 workers, just months after acquiring the organizations, as part of a broad restructuring plan.

Thus, where the organization’s mandate – as an extension of its owners, Nordstar Capital LP – is to extract profit, “it does present a hazard in terms of fair reporting,” says Cameron. While he couldn’t assert that reporters would be “actively or explicitly dissuaded from covering” the gambling industry openly, the threats of layoffs always loom heavy, he says. So, it’s “not necessarily a huge jump to assume that if you are a journalist who is going to be covering that, that it puts a target on your back.”

While independent news organizations have been gaining momentum and thus been setting the “tone for (national) conversations” alongside mainstream ones, as Cameron put it, they still have “a lot of very difficult and slow work” ahead of them. Nevertheless, they are a vital pillar to the industry because they prove that quality journalism can exist without relying on ad revenue dollars and without compromising journalistic integrity. The next steps should now focus on how to amplify the scope and reach of these independent voices so that they are able to set the national conversations on a consistent basis rather than just filling in gaps, and to do so without having to rely on profit-making endeavours – least of all, casinos. Only then will the public trust – not individual interests – be the driving force behind Canada’s media.

Fernando Arce is a Toronto-based independent multimedia journalist. He covers social justice issues, foreign policy with an eye on Latin America, and the quest for Indigenous sovereignty. He sits on the Media Co-op’s Board of Directors and holds a masters of journalism from the University of Western Ontario. Find him at www.fernandoarce.ca and follow him on Twitter @ferjourno.