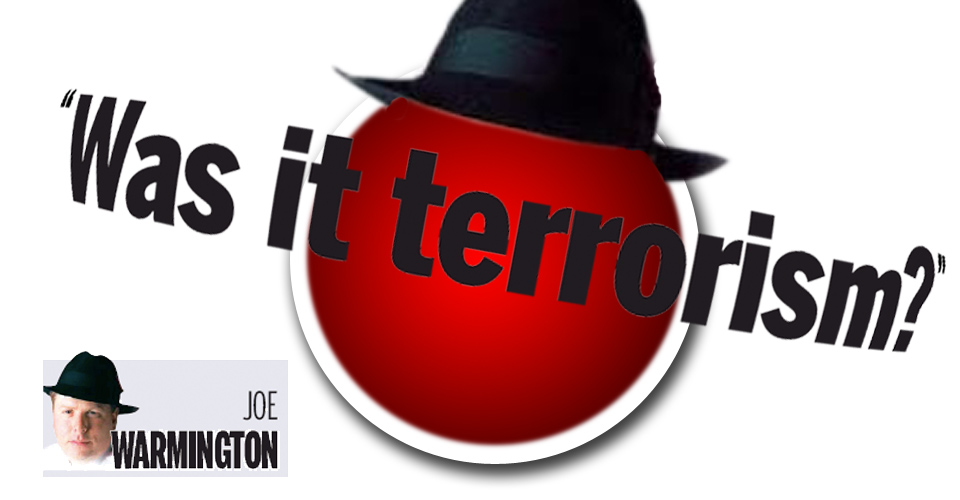 How The Toronto Sun Serves To Advance A Bigoted Narrative

With its reporting staff gutted in recent years, the paper now relies on a handful of columnists to cover much of the news.
Opinion By Abdullah Shihipar
Share

“Where are you from?”

That was the question an apparently inebriated man had for a family looking to enjoy themselves on the Toronto Islands last week. Video shows that as he stumbled towards them on the docks, he shouted for them to get out of what he repeatedly described as “my province.” That hate-fuelled attack — for which the man is now facing charges — came just a day after the shootings on the Danforth.

As the city tries to make sense of those senseless murders, there has been no shortage of talking heads eager to claim that they are privy to knowledge of what moved the killer to act. One outlet in particular has been particularly shameless, publishing all the hearsay that’s fit to print. Within just a few days, the columnists at the Toronto Sun seemed to have all the answers.

Sue-Ann Levy began the week for the Sun, within hours of the attack, by speculating as to the identity of the attacker. Was he a refugee, a gang member, a terrorist — i.e., would he be Brown or Black? Place your bets. Not satisfied with a game of racist whodunit, Levy proceeded to claim in a column that gun violence doesn’t happen in Florida, where she has a vacation home. After it was pointed out to her that the Parkland and Pulse shootings, as well as many others, occurred in the state, Levy removed the reference, but no text was added to the article to indicate that a change had been made.

And then there was Joe Warmington. His column two days after the event boldly asked, was it “terror or terrorism?” as if there were a meaningful difference between the two. Throughout the piece, Warmington made reference to several law enforcement sources, and got as close as he could to stating the attacker was likely a radical Muslim, without saying it outright. Warmington’s coveted sources told him that there was “concern” that Faisal Hussain expressed “support” for a website that could be seen as pro ISIS. (After ISIS later put out a claim of responsibility, Toronto Police said that there was no evidence to suggest they had been involved.) There were a few sentences where Warmington dropped the word “sources” for seemingly no other reason than to state he had sources — for example: his sources told him they were looking into the suspect’s past, his sources told him that Hussain’s personal life was being explored. In other words, that there was an active investigation going on.

Throughout the column, Warmington strung together disparate and irrelevant pieces of information in what came across as an attempt to construct a racist narrative that might stick. His sources told him that the suspect used to live in Pakistan and Afghanistan, and used to hang out behind his Thorncliffe Park apartment with 20 friends. Some friends said he was sometimes interested in “Islamic” discussions, but don’t worry, his local mosque said he was a bang-up guy. Warmington seemed to imply that living in another country, discussing Islam, and hanging out behind your apartment could make you a prime target for ISIS indoctrination.

Not to be outdone, Anthony Furey had his say, putting out a piece suggesting that prominent labour organizer Mohammed Hashim had crafted the statement that the Hussain family released the day after the attack. By bringing in Hashim and connecting him to larger, Muslim organizations like the National Council of Canadian Muslims, Furey was implying that the community is orchestrating some sort of cover-up. This is a common belief within anti-Muslim circles, that Muslims are trained to lie for the faith, in a practice they claim is called “taqqiya.”

These pieces were described on Twitter by Sun personalities as “scoops.” The Sun, which has had its reporting staff gutted in recent years, now relies on columnists to handle major stories. Columnists regularly comment on the news but are not always held to the same rigorous standards as other journalists. This fact came under scrutiny earlier this year when New York Times columnist Bari Weiss cited a fake Antifa Twitter account in a column that criticized liberals for their use of the word “fascist.” Warmington’s column was egregious because of the particular way it blurred the line between opinion and reportage. There is nothing wrong with a columnist engaging in reporting work, so long as they are subject to the same fact-checking and editing that reporters are.

Toronto Police/SUI have lost control of this story. So many reports quote unnamed "police sources"

Who is it? Are they credible? Is the claim verified?

This is a failure in communication. Why not tell the public what's going on? Why let anonymous sources lead the conversation? https://t.co/uyRbQ796So

One of Warmington’s colleagues, Candice Malcolm, unintentionally pointed out the problems with his piece. In a tweet, she said that Toronto Police had mishandled the situation by allowing so many anonymous police sources to circulate conflicting narratives. For its part, Warmington’s column mentioned multiple anonymous sources — the word “sources” appeared five times in the piece (plus once as the singular “source”) — and made no specific mention as to where these sources might work (beyond “law enforcement”), how many he was citing, and what each knew specifically.

Most news outlets have policies on confidential sources. The Globe and Mail, for instance, in its Editorial Code of Conduct, states that such sources should be described “as fully as possible.” The Toronto Star’s Newsroom Policy and Journalistic Standards Guide says the same. Warmington’s sources failed this basic test. Despite his ubiquitous use of sources, he provided little context as to why they were relevant to the story — what does the source know, how do they know it, and how does it fit into the larger picture? Rather, Warmington just dropped random tidbits of information attributed to police sources, in the hope that the reader would string the information together and (perhaps relying on racist stereotypes) come to the same conclusion he had: that ISIS could very well have been responsible for this attack. (Neither Postmedia’s National Post nor Toronto Sun publish their journalism policies online.)

For her part, Candice Malcolm has taken to attacking the media for, in her view, obscuring a possible ISIS role in the crime. Toronto Police Chief Mark Saunders has come out and said that there is “no evidence” to suggest that this was an ISIS attack. Malcolm, however, pointed out that Saunders said that the police would continue to investigate all avenues, and took this to be confirmation that an ISIS attack has not been ruled out. Rather than directly reporting the words of the chief, Malcolm would like the media to instead report that police have technically not excluded the possibility of terrorism.

Journalists have a responsibility to the truth as part of a broader obligation they have to the communities they serve. When writers publish irrelevant information about a suspect’s home address, name the mosque he went to, and write a hit piece on an activist — they are putting individuals and communities in this city at risk. They sometimes seem less interested in the practice of journalism than in maintaining the façade of it in order to advance a bigoted narrative. And the publications that serve as a platform for such vitriol should shoulder just as much of the blame.

This irresponsible coverage has only added to an already hostile atmosphere towards immigrants and non-white people in Toronto and Canada more broadly. Indeed, the night the attack happened, two Muslim journalists, Shanifa Nasser and Ginella Massa, were vilified while covering the story.

I don’t know what was going through that man’s mind as he badgered that poor family that Monday afternoon. But I keep coming back to his question: where are you from? I think about what it means to call a place home, to be truly from a place. I’m no expert, but I’d say it has a lot to do with your relationships with the people and places around you. There is a responsibility we have to the people around us, to protect and look out for each other. The people on the Danforth who rushed to the assistance of those injured that night, who comforted bystanders — they are from Toronto. The thousands of immigrants who call this city home and make it what it is; they are from Toronto.

When you write with such callous disregard for the safety and wellbeing of your neighbours, you aren’t from this city. You might have a house here, you might write for a paper that bears its name, but you aren’t from here. To the writers at the Sun, I invite you to ruminate on the question that racists love to pose to some of us — where are you from?

Abdullah Shihipar is a writer based in Toronto who has written for The Washington Post, The Nation, The Globe and Mail, and other outlets.