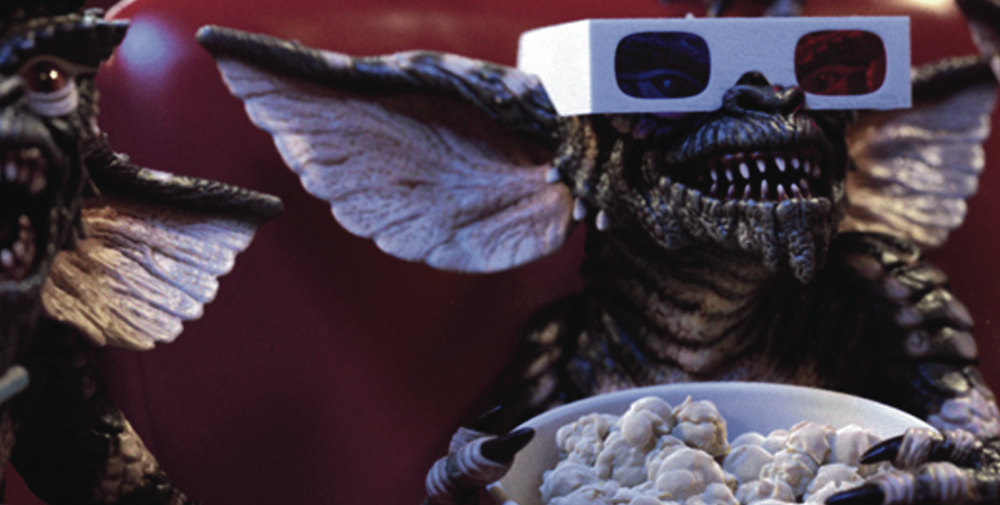 The white troll is a sad individual who actively takes the time to pull up a chair, flip open his laptop, read your 2,500-word article, reflect on it, scroll down, crack his knuckles, and start commenting.
By Eternity Martis
Share

If you are: a) a writer; b) a person of colour; or, c) both, you have felt the wrath coming from the pit of hell below your article, also known as the comment section.

Whether your article attacks racism, attempts to dispel myths about purple drank, or merely suggests something that challenges the status quo, there remains one constant. He is the creature who stalks below with sharp words. The white troll.

The white troll is a sad individual who actively takes the time to pull up a chair, flip open his laptop, read your 2,500-word article, reflect on it, scroll down, crack his knuckles, and start commenting.

After years of writing about race and gender, comment sections have become my training ground for developing thick skin. No longer do they give me agonizing stomach pain and sweaty palms. I know who’s lurking down there, what kind of comments sizzle below, and from whom.

White people trolling race-related articles are the most vicious, irrational, and abusive commenters. They are angry, accusatory, and racially inflammatory.

White trolls have a few things in common: they use fucked-up avatars and even more fucked-up usernames instead of real identities. They are racist regardless of your article’s subject matter and they accuse you of not having facts when you do. They dismiss and ridicule your experience — trying to silence you — and they offer oversimplified solutions because they know so damn well what it’s like to be Black in Canada.

But the empire is striking back.

With recent discussions about how trolls ruining the internet for the rest of us, debates on exposing the identities of trolls, and how their comments teeter between hate speech and free speech, online media is starting to make influential changes.

U.S. websites like Mic, Reuters, and Recode have eliminated their comment sections completely in the hopes of winning an ongoing struggle with moderating comments. Broadly, the new female-focused channel from Vice, launched without a comment section. The Toronto Star and the Globe and Mail have phased into closed comments on sensitive articles after years of begging for “respectful” and “civil” online conversations with tremendous fail. On September 9, 2015, the National Post delivered a blow to online trolls by requiring them to sign into Facebook before posting, hoping the lack of anonymity will deter hate speech.

I’ve rounded up some trolls who have appeared in recent articles, including my own, to highlight the cream of troll crop comments.

The Star recently published the findings of a 63-page report on racism that Black teachers face in Ontario. “Tim,” troll and knower of all things, decided he knows the root of the problem: “Affirmative Action is just racism against white people.”

He continues to troll the users who are empathetic to the plight of Black teachers with his favorite strategy: denial. “The racism Asians face everyday from abusive blacks, male and female, in shops, stores, and on the street is appalling,” he says. “Stop the racism.”

It seems “Tim” sees all the “appalling” racist acts against whites and Asian people — but not toward Black people. Instead, he blames them for disadvantaging whites and “abusing” Asians, completely dismissing the statistics about racism that Black teachers face.

Despite the very relatable experiences Desmond Cole articulates in his Toronto Life article, “The Skin I’m In,” one very “proud white man” wasn’t having any of it.

In relation to Cole’s suggestion of leaving the city, he says: “i say if he leaves that no one would notice, except the unbrainwashed, for [there is] one less grimacing racist in our midst.” Cole talks about being racially profiled by police, and this “proud white man” calls him a racist. When a Black commenter empathizes with Cole’s experiences, the now-offended troll tells them to get off the “library computer.”

My first article for the Huffington Post spawned a cesspool of white trolls who were outraged I wasn’t into white men. Instead of discussing my arguments, I was called a “Black monkey,” an STI-ridden “slut” that no white man would ever touch, and a “Black skinhead.” My article found its way onto white supremacist forums, full of white people outraged that a Black woman had the audacity to not want to date them.

In another article I wrote for HuffPo about personally being approached by white students in Blackface, white trolls blamed me for “complaining” about it, saying somehow – though nobody could explain how – I had brought it upon myself.

My latest article for Vice on racism in London had white trolls demanding the exact same thing: that the article be withdrawn. According to them it was bad journalism because they “hadn’t seen” or “experienced” what I had, and therefore, it didn’t exist.

“This article bothers me because some of the stories are clearly made up,” a white guy said. “I struggle to believe that some guy introduced her to ‘his only black friend.'” A white woman came at me with “Stay out of Canada, you racist cunt!” as if I was an intruding threat to all that her “Canada” stood for.

White trolls don’t live with daily racial oppression and don’t understand why we’re making a stink. They see us as reverse racists and offer their oversimplified expertise: “Just get over it,” “It’s not that bad,” “Stop being so angry.”

Self-esteem plays a role, too. What better way to make yourself feel big and superior than to racially abuse others with cruel comments? Cheesy avatar and poor grammar notwithstanding.

But their days of trolling writers of colour could soon come to an end. If online websites get rid of comment sections on race-related articles or make it harder to hide behind anonymity like the National Post has, I can breathe a little easier.

That might not stop some white trolls from taking their comments elsewhere. There are forums and blog posts dedicated to bashing writers of colour. Some will make fake accounts so they keep belittling writers.

But while they’re ignorant, inarticulate, cowardly, and just plain terrible online beings, white trolls are a little amusing. They hate us, they hate themselves, but — and this is the best part — they spend a shitload of time reading our articles.

(CANADALAND has no comment sections, for legal reasons and lack of resources for moderation -ed).