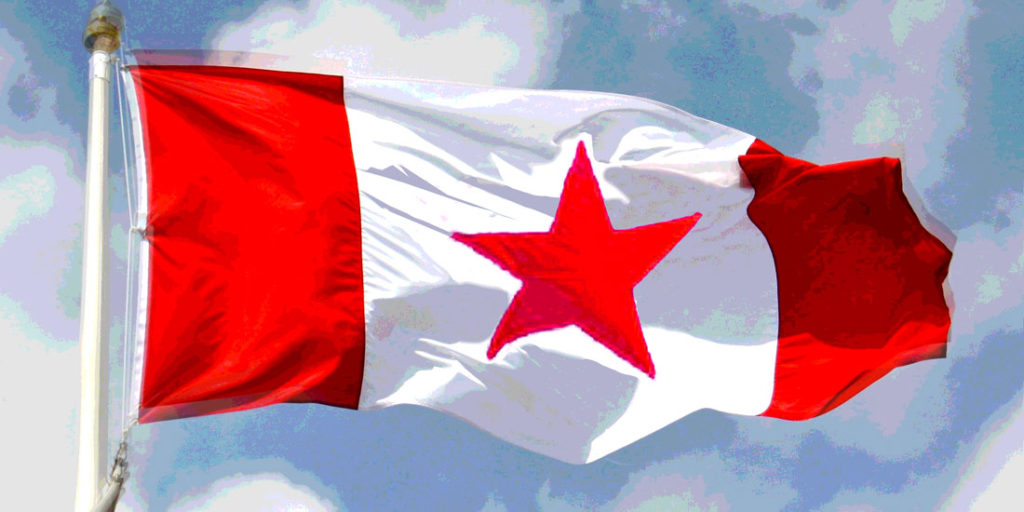 Why Are We Still On A Witch-Hunt For “Marxists”?

In the conservative imagination, the term means everything and nothing
Opinion By Alex V Green
Share

In the summer of 2016, then-member of parliament and now Alberta premier Jason Kenney gave a speech at an Edmonton event organized by a group called “Tribute to Liberty.”

His rhetoric was powerful. Having led the government’s initiative to build a massive monument to the “victims of communism,” Kenney seemed like the perfect choice to speak at an event that aimed to help fight the supposedly growing force of Marxism. His efforts were meant to turn the tide against the “collectivist ideas” and “identity politics” that, according to an interview Kenney gave to Rebel Media that year, were being insidiously taught in Canadian schools, posing a “cultural challenge” to Canadian conservatism.

I had this incident in mind recently when Ontario premier Doug Ford (who has still not apologized for his 2018 photo-op with white nationalist Faith Goldy) characterized university student unions as “crazy” and “Marxist.” His language was familiar, even as it was strategically specific. It’s hardly unfashionable for Canadian conservatives to frame their perceived political foes as ideological or irrational. The Ontario Progressive Conservative Party did just as much in so many words when they voted in November 2018 to oppose any measures of transgender inclusion in Ontario schools, describing it as “highly controversial, unscientific ‘liberal ideology.’” The leader of the far-right People’s Party of Canada, Maxime Bernier, described the Paris Climate Accord as “a giant Marxist wealth redistribution scheme” in October 2018, joining Conservative Party leader Andrew Scheer in opposing this and other UN-recommended policies that their Twitter fans condemn as evidence of “globalism.” Scheer’s public relations strategy has not included courting the far-right with the language of “globalism” or “Marxism.” Still, he’s embraced the Manichaean character of this narrative, characterizing his party as the defenders of a “free” Canada in contrast to the “unfree” totalitarianism of his left-leaning opponents.

2/The Paris Accord is just a giant Marxist wealth redistribution scheme: “the parties confirmed a breathtaking minimum transfer of US$100 billion per year starting in 2020, with the expectation that higher amounts would be forthcoming as time progressed.”https://t.co/lHyBVG3oqf

It is perhaps unfair to characterize a politician — like Ford or Kenney — by the company they keep. Just because Kenney hates “communists” doesn’t mean he’s an avowed white supremacist. Despite well-documented evidence of the antisemitism lurking behind the term, it might be a step too far to label all invocations of “cultural Marxism” as antisemitic dog-whistling. Nevertheless, it’s worth recognizing the kind of work that terms like “Marxism” and “globalism” do on the far right, and how notions of communist conspiracy have fundamentally shaped the political discourse of the moment.

Conspiracy theory boasts an impressive lineage in the settler politics of this continent, as has the capacity for “communism” as an epithet to stretch over a wide range of potential targets. Though Canadian anti-communism never sunk to the depths of our southern neighbour, it still featured purges of perceived “threats” in civil service and public life, with particular attention to university campuses. Ottawa and the RCMP conducted over 70,000 investigations into university faculty, trade unionists, and government employees suspected of being communists or harbouring some other form of moral defect — a euphemism for homosexuality. From 1964 to 1968, the RCMP and other police agencies had compiled files on over 9,000 people (a significant portion of whom were not even civil servants). These purges on suspected ideological dissidents contributed to the mass firings and arrests of LGBTQ people throughout the 1950s, on suspicion that queer people had a natural proclivity for communism.

But though this has been going on for years — remember the “left-wing pinko” comments at Toronto City Hall in 2010? — it’s reached a bit of a fever pitch recently. Scan a recent letters page of the Calgary Sun, for example, and the terms “communist” or “Marxist-Leninist” are hard to miss in attacking pretty much any figure to the left of centre. Similarly, check the replies of any conservative politician, and you’ll see them condemning the “Marxists” and “socialists” in power. For a while, conservatives on social media tried to push the rumour that Justin Trudeau was the illegitimate son of Fidel Castro as a way of “proving” his secret communist sympathies. Canadian professor and rabid populist Jordan Peterson has made bank off of labelling his opponents as “post-modern neo-Marxists,” as sort of a catch-all for everything he sees as endangering “Western civilization.” Vagaries like “cultural Marxism,” “globalism,” or “the Frankfurt School” are used freely and interchangeably by groups like Immigration Watch Canada, Canada Free Press, Turning Point USA, and Stormfront as almost “a kind of vulgar meme” of the right wing, encapsulating anything and everything that they see as opposed to capitalist Christendom. In the conservative imagination, Marxism means everything and nothing.

Marxism represents a bit of a mythological threat to conservatives. With the right spin, “Marxism” or “communism” or even just the epithet of “liberal ideology” could mean virtually anything. Among many far-right groups in Canada, and even more explicitly in parts of Europe, the fight against “socialism” has taken on an explicitly nationalist character, conflating Marxist influence with an influx of Muslim refugees and whispers of Jewish control. The white-nationalist shooters in Quebec City, Pittsburgh, and Christchurch all described their victims as contributing to the downfall of Western culture and civilization by sowing Islamic or Jewish influence, echoing the condemnations of “cultural Marxism” deployed by Norwegian white-supremacist murderer Anders Breivik in his 2011 manifesto, themselves a reflection of the lies published in the 1903 antisemitic polemic The Protocols of the Elders of Zion.

This image of “cultural Marxists” threatening the moral core of Christian society is a trope on the far right, where it blends with the language of “white genocide” — the unfounded and racist belief that white people face a “demographic threat” from immigration, decolonization movements, and diversity policies. Canadian proponents of the white genocide myth include Lauren Southern, Faith Goldy, Gavin McInnes, and Stefan Molyneux, among others. For generations, white supremacists in the United States have accused “Jewish elites” of pushing “political correctness” and miscegenation as a way of deploying Black Americans and immigrants to destabilize white power.

Variations of this message, swapping out “political correctness” for “Marxism,” do similar work; this was the expressed motivation of the Pittsburgh synagogue shooter. Gavin McInnes’s 2017 proclamation that the famine that devastated Ukraine in 1933 was a plot engineered by “Marxist, Stalinist, left-wing, commie, socialist Jews” points to a common narrative among white nationalists that the famine constitutes a communist equivalent to the Nazi Holocaust, a frequent point of discussion for white nationalists, who see it as evidence of Jewish and Marxist conspiracy against white Europeans.

It would be easy to dismiss these incidents as disturbances from the fringe. I am not so charitable. Fringe or not, there’s no denying that this particular brand of transnational nationalism has sway in the political mainstream, and not just in the United States, as has been well documented by other writers and researchers. Figures like Gavin McInnes, one of the original founders of Vice and the founder of the Proud Boys (he has since quit the group), certainly espouses “fringe” views, but his influence hardly stops at the imagined boundary of acceptable or mainstream media. Moreover, it would be irresponsible to draw a clear line between “media” and “politics” when it comes to discussions of this so-called fringe, as there are well-documented instances of individuals and groups overlapping, influencing one another, and attempting to skew public opinion on and through media. All of this occurs at a high enough rate that it more closely resembles a coordinated narrative strategy than mere coincidence.

One particularly frustrating example has to do with the language of “globalism.” The term “globalism” was originally devised as a synonym for globalization, with all its resulting flows of culture and technology. But the word’s meaning has changed significantly since the early 20th century. In 2016, alt-right Canadian media personality Lauren Southern (who at that time was working for Rebel Media) argued that globalism represents something uniquely “dangerous” for those who value “democracy, individualism, or any of the values of Western civilization.” In a video featuring images of Hungarian-Jewish philanthropist George Soros, Southern defines globalism as rule by “international bureaucrats… who would rather police the bounds of free speech than the borders of actual countries.”

Southern’s video seems designed to appeal across party lines. Her list of “famous globalists” covers a confusingly broad swathe of famous liberal political figures, from George W. Bush to Woodrow Wilson to Justin Trudeau. But in the same breath, Southern’s description pivots, veering away from what might be mistaken as a critique of Western hegemony and instead defining globalists primarily as those who “despise the West while holding a creepy affection for the Third World.”

This is an obvious canard. To suggest that globalized capitalism has some sort of bias towards the Third World is laughable, considering the violence that has been brought onto developing countries in the name of “Western” values. But the salience of this term, and its ubiquity on the centre and right in the same breath as claims of “Marxism,” points to the strength and mutability of Red Scare-like conspiracy theories in our hyper-saturated media climate.

The threats that these politicians and commentators are railing against are a phantom menace. There is no Marxist threat. Despite a vocal progressive wing in Canadian politics, there is no real socialist or anti-imperialist presence within the formal political sphere of settler Canada. But by smearing any incidents of genuinely left-wing politics as “Marxism” or “globalism,” conservatives attempt to ensure that the political terrain cannot shift leftwards. Think of how American pundits, conservative and centrist, obsessively attempt to smear politicians like Bernie Sanders or Alexandria Ocasio-Cortez, both of whom would barely register as left-wing to any true anti-imperialist or socialist. That something as obviously beneficial and morally necessary as universal medicare can be dismissed as “socialism” suggests something deeply wrong about the political discourse of a country where billionaires regularly refuse to pay taxes. But it is, somehow, the status quo.

My beef here is not simply with individual columnists or politicians, but with a media climate that accepts the premises of such modest proposals as playing nice with fascists for the sake of business, or cheerleading disastrous regime change in the developing world, or referring callously to second-generation immigrants as “anchor babies.” These are mechanisms of shifting the window, of allowing “the fringe” to dictate the bounds of the mainstream. And it works. Time and again, we have seen politicians skew to the centre for fear of being attacked on the basis of offering a truly progressive and democratic political vision. Conspiracy theories make up the narrative core of contemporary conservative politics. It’s worthwhile to identify their gaps and inaccuracies. But it is also necessary for media to do the research to challenge these narratives and to offer real alternatives.

This use of globalism and Marxism as a sort of shorthand for everything bad about the left and everything antithetical to national interest serves to define clear lines of rational and irrational, pure and poisonous, moral and corrupt. Those divisions have consequences and histories. And without principled, knowledgeable coverage, they will continue to dominate the landscape of political discourse.

Alex V Green is a writer based in Toronto who writes about the politics of community and identity. You can connect with Alex on Twitter @degendering.