Writer Quits Rabble Over Pulled Blog
Sign up for our newsletter 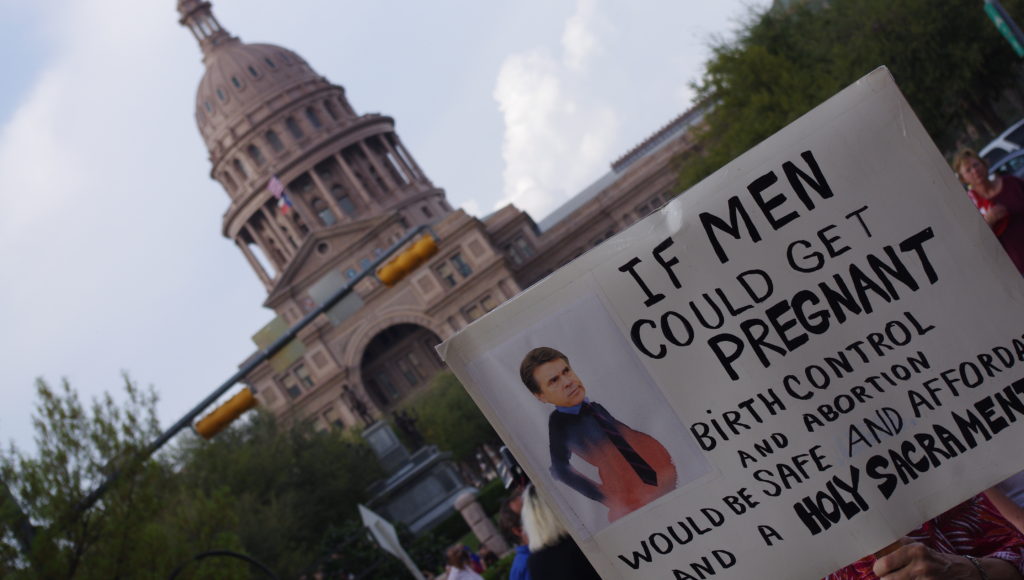 A Vancouver-based feminist journalist is accusing Rabble.ca of censorship after the left-wing news and opinion website published her blog post about a Planned Parenthood Twitter campaign that referred to women as “menstruators,” only to remove it several hours later for containing “transphobic language.”

Meghan Murphy, founder of Feminist Current, was an unpaid blogger and podcast contributor to Rabble for several years, occasionally writing paid pieces before being hired on as a part-time West Coast evening editor in December 2013. Though the position came to an end earlier this year, she would cross-post most of the content she produced for her own site to Rabble, until last month.

About a month ago, I informed rabble.ca I would no longer be contributing to or working with the site. This has been a long time coming for a number of reasons, but I chose to stay on in the past because I knew that if I left, never again would we see an abolitionist or radical feminist voice or analysis there, and I felt it important to ensure a feminist analysis existed in a space that claims to be a progressive and leftist one.

In a phone interview with CANADALAND, Murphy said she was dismayed when the article was removed without informing her.

“Nobody contacted me to let me know that they took it down,” she said. “If you’re not going publish somebody’s article or if you’re going to go so far as to take somebody’s article down, you’re obviously supposed to contact them.”

The original post went up Sept. 7, and was removed several hours later. The piece concludes with Murphy stating:

You see, the reason patriarchy exists is because men decided they wanted control over women’s sexual and reproductive capacities. Not people’s sexual and reproductive capacities — women’s. Sexual subordination is a gendered phenomenon, no matter how you identify, and for an organization that exists to advocate on behalf of women — due to their female biology (you know, the thing that placed them, whether or not they chose it or like it, within an oppressed class of people) — to erase that is unconscionable.

A woman is an adult female human — it really is as simple as that. And understanding how that reality is at the root of our ongoing oppression under patriarchy is one thing that is not up for debate.

When she noticed the article had been removed, Murphy contacted Rabble’s blogs and opinions editor Michael Stewart.

In an email exchange provided to CANADALAND, Stewart told Murphy that the “article was removed because it contained transphobic language and violated our journalistic policy,” adding that Rabble publisher Kim Elliott would be in touch soon after.

In an email to Murphy on Sept. 13, Elliott laid out Rabble’s case for removing the post:

Your last piece was disappointing to me after the many conversations you’ve had with our editors about our journalism policy, and the issues concerning transphobic commentary. It is unfortunate that you do not see the problems around the erasure of trans male identity in the piece. In our analysis, the piece denies the gendered identity of trans men who menstruate by implying that if a person has ovaries and a uterus, they are by virtue of those biological markers, a woman.…The blog pits women’s rights against trans rights and trans identity is dehumanized, dismissed and erased in the process. This is tantamount to the expression of transphobic ideas, which violates our journalistic policy. This is why the piece was unpublished.

Murphy heard again from Elliott in mid Oct., where the publisher apologized for the long delay in providing an explanation, and hoped the writer would blog for Rabble again in the future.

Murphy is no stranger to controversy. In May 2015, an online petition called for her ouster from Rabble over her abolitionist views about the decriminalization of sex work, a point of view she says put her at odds with the pro-decriminalization stance of most Rabble staffers. A counter petition sprung up in support of Murphy.

“At that point I started to feel like Rabble was trying to push me out, to be honest,” Murphy told CANADALAND. “A lot of the staff just stopped talking to me after that petition.”

While her stance on sex work — she is steadfast abolitionist — put her at odds with Rabble staffers, her views on “transactivism” leaves her, an avowed socialist, in strange company criticizing public policies such as Bill C-16, which had support among NDP and federal Liberal MPs.

“The only people who voted against it or spoke out against it were Conservatives, and that’s really frustrating,” she said. “The feminist movement and ideology comes into conflict with transactivism because of our understanding of gender and gender roles and  why gender exists and how it works to support the subordination of women and to support men’s power….That’s not what the right is worried about at all. The right is worried about maintaining gender roles.”

In an email to CANADALAND, managing editor Michelle Gregus defended Rabble’s decision to pull the post:

After Meghan cross-posted a blog on rabble from her own site, Feminist Current, the post in question was flagged by an editor who felt it contained transphobic language. On reviewing it, I agreed with the assessment and because the use of transphobic language violates rabble’s journalistic policy, decided to not publish it ... Meghan responded to this decision by deciding to leave Rabble.

In a follow-up email, Gregus said Rabble blogs aren’t commissioned by editors, and it’s up to the writer to make sure they follow the site’s guidelines before publishing. “If a blog is found to be in violation of our journalistic policy, the writer is contacted, and when possible, corrections are requested,” she said.

“I believe that they’re censoring feminist speech, and that that’s not okay,” Murphy said. “Whether or not we disagree about gender identity or transactivism or any of the ideas, I’m not opposed to disagreement existing or to the conversations happening or to the debate happening. But what’s happening is that the debate and the conversation is being shut down and not even allowed to happen, so opposing voices and dissent are not allowed to exist, or if they do exist, they’re just labeled with this blanket transphobia and the actual ideas aren’t being engaged with.”

UPDATE: A previous version of this story referred to sex work as “prostitution.”