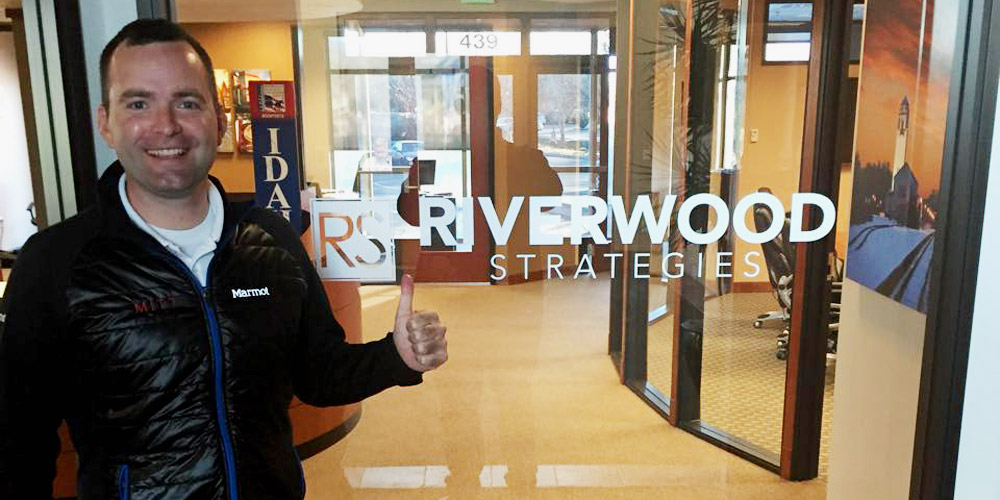 When Professor Greg Hill of Boise State University received questions from two different Canadian news organizations about an op-ed he wrote for The Washington Times that described Canadaland as “fake news,” he did not respond to the reporters who sent them. Instead, he forwarded their emails to Todd Cranney, a Republican strategist who served as the deputy political director for Mitt Romney’s 2012 presidential campaign.

Cranney is a partner at Riverwood Strategies, an Idaho-based strategy and communications firm that worked with the Romney and Marco Rubio campaigns and with America Rising, a political action committee that produces opposition research on Democrats.

“Todd has developed an extensive network of influential political contributors and leaders in all 50 states and particularly strong relationships in his home state of Idaho, Arizona, California, Nevada, Washington, Montana, Wyoming, and Utah. He understands the process, how to develop and deliver the right message, and what it takes to achieve success for his clients.”

The correspondence between Cranney and Hill (embedded at bottom) was released to Canadaland by Boise State University under Idaho’s public-records laws.

On April 30, 2019, PressProgress editor Luke LeBrun emailed Hill to ask if he was the same Greg Hill who had penned The Washington Times editorial about Canadaland. Hill sent the question to Cranney and remarked, “This guy is trying hard…”

“Do you usually respond to these?” he asked Cranney, when sent separate questions about the editorial from Canadaland.

“I would just ignore,” replied Cranney.

Hill seemingly took this advice, and has not responded to repeated requests for comment.

Cranney also reassured Hill that “everything that was written in the op­-ed had resources cited and was factual,” with reference to the piece that carried Hill’s byline.

Published in The Washington Times on April 17th, it was a lament about the spread of fake news in America, the U.K., Australia, and finally, in Canada:

“In Canada, for example, Jesse Brown has attracted attention in the past for false reporting and refusing to issue corrections to articles and content deemed inaccurate. His media company, Canadaland, has also received pushback for allegedly releasing demonstrably false and inaccurate articles, with a recent story penned by one of the outlet’s reporters, Jaren Kerr, about a global nonprofit, garnering attention.”

Hill did not specify which “demonstrably false and inaccurate articles” he was referring to, but the “global nonprofit” he wrote of was likely the WE organization. Hill did not contact Canadaland for comment.

When reached by phone, Washington Times editor Carol Herman said she was unfamiliar with Professor Hill and couldn’t say for a fact whether he had ever written for her publication before. “He came to us via someone who writes regularly for us,” she said. His article was then removed from her newspaper’s website.

A nearly identical version of Hill’s piece ran days later on Observer, the news site once owned by Donald Trump son-in-law Jared Kushner (and now owned by his family trust).

Hill’s op-ed was remarkably similar in focus and construction to a handful of others that have run in American and Canadian publications since last fall, describing the menace of “fake news” and how it has harmed different countries. Each piece included a passage on Canada, and each provided Canadaland as a specific example of Canadian fake news.

Others included a piece in The Southeast Texas Record by Ben Proler about the spread of “Inaccurate News,” a piece on RedState by Zach Almond about the global threat of “Fake News,” and a piece by Gus Portela warning Canadians about “Fake News” that ran in a number of Postmedia papers. None of the authors asked Canadaland for comment.

Portela is a Republican strategist and occasional Fox News commentator. Almond is the former chair of the North Carolina Federation of College Republicans. Proler is on the board of the Republican-boosting Maverick PAC, and worked on Marco Rubio’s campaign.

Similar pieces also ran on RealClearPolicy and California Globe, the latter of which has removed its version.

In addition to the iterations of Hill’s article, two others referred or alluded to Canadaland’s coverage of WE as an example of our ostensible fake news. (Canadaland corrects errors when they are brought to our attention, and published a clarification to one of our investigative articles about WE, as well as clarifications concerning one of our accompanying podcasts and a correction to another.)

On November 18, 2018, Melissa Steadman, head of partnerships at WE, circulated Portela’s article to WE stakeholders in an email, later obtained by Canadaland.

“Allow me to share the below information with you,” she wrote. “Yesterday several Canadian newspapers (Vancouver’s The Province, Edmonton Sun, and Toronto Sun) published an op-ed entitled ‘Canadians should be wary of fake news.’ It is by the Executive Director of an organization called Accuracy In Media and cites examples of the Canadaland website’s ‘pattern of misinformation.’ This is the same website which has previously written about the WE organization.”

When asked if they had any relationship with Todd Cranney, Riverwood Strategies, or the authors of the various editorials, WE Charity executive director Dalal Al-Waheidi said in a statement, “WE Charity and its team have never heard of ‘Riverwood Strategies’ and/or any of its representatives. And WE Charity has had no relationship(s) whatsoever with any of the other names mentioned in your email.” WE later confirmed that the statement was inclusive of both WE Charity and ME to WE, WE’s “social enterprise” arm that operates as a business whose profits are split between WE Charity and reinvestment in its own operations.

When reached by phone, Portela and Proler denied knowing Cranney.

Canadaland has learned that another individual said they were solicited, unsuccessfully, to help in an effort to discredit this news organization.

White-supremacist internet personality Faith Goldy, a frequent subject of critical coverage and commentary from Canadaland, told a journalist last fall that a Washington lobbyist had contacted her to ask if she had any negative information about us.