Early this year, Toronto police switched to encrypted wireless communications, and the radio scanners that crime reporters use to track breaking stories went dark. After speaking to police and journalists, it’s clear that the change has amounted to a net loss for unfiltered crime coverage.

In early August, I spent a night out with Victor Biro, a freelance photojournalist (he hates being called a “nightcrawler”). We sat listening to fire and ambulance scanners – the only remaining forms of unencrypted emergency communications in Toronto. I saw for myself that the nature of crime reporting has changed drastically. 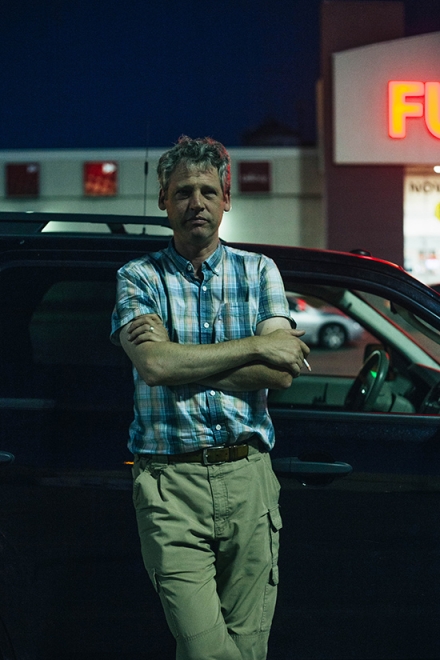 As the scanner flipped channels, bursts of garbled radio chatter and talk about dumpster fires reverberated through Biro’s van, where he and I sat for hours in an empty Etobicoke parking lot. At first I would halt our conversation whenever the scanner lit up, but I soon learned that  most of what we were hearing was useless or disjointed information. Fire and ambulance only get called in when there’s a 911 call placed or the police specifically request their services. If there’s a crime happening that directly involves the police — say, one where an officer discharged his weapon — we certainly weren’t going to hear about it for a while.

The switch to encryption began with Peele and York Regional Police swapping to secure digital communications in 2014. Earlier this year, and shortly after the fatal shooting of two men inside an east-end McDonald’s restaurant by a security guard, Toronto Police made the switch as well. That shooting, even while the scanners were active, is still tangled in legal barbwire and the details of it are unclear.

The proposal made by the police was that the job of informing the press and public about crime could best be handled via live Twitter updates on the official Toronto Police account.

In practice, this has not been the case.

When Biro picked me up at 9 p.m., there had not been a tweet from the account for seven hours. By time we parted ways at 3.a.m., the only tweets that had been made were about the use of a tunnel drilling machine for the Eglinton LRT. Anything else that happened that night only became apparent the day after when scanning the newswire retrieved vague reports about crime and accidents, long after they had occurred. 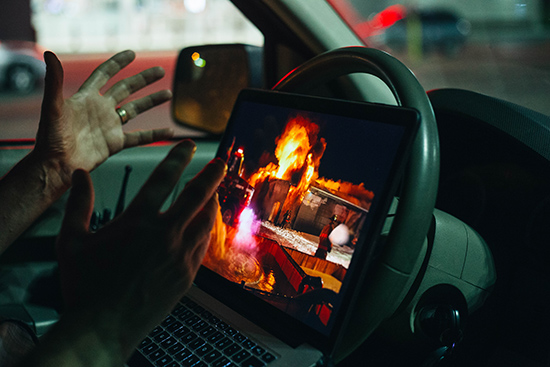 The reason for police scanners going dark is simple, according to Mark Pugash, director of communications for the Toronto Police. The media, in his mind, simply do not have a right to know as much as first responders do.

Pugash notes that police have used cellphones for many years now in order to avoid the possibility of the media or the public “eavesdropping” on confidential information, both surrounding police operations and the lives of citizens.

His main beef with the press? What he sees as journalist “hypocrisy”: the media is quick to criticize the police for misusing the information they collect, but at the same time they demand to be entrusted with this information themselves.

“Police officers talking over the radio, by necessity, have to disclose a wide variety of very personal information that may include terminal diseases that people have, mental illnesses that people have, it may include suicide attempts and a wide variety of other things. That information, by definition, is private information,” he said. “When I was discussing with reporters about having access to this private information and how they would make sure to handle it properly, they said, ‘Well, it’s okay because we won’t use it.’ That’s not how the law works.”

Pugash wasn’t able to cite specific examples of the media jumping the gun on confidential information, but told me that it has happened quite frequently. He did say, however, that the lack of regular tweeting from police-operated accounts is a problem and is currently being addressed.

“One of our big issues is inconsistency. We have some shifts where tweets are coming out consistently, and we have other shifts that aren’t. I can tell you that there will be a significant change coming very soon that will improve the amount of information being released.”

Pugash added that he could not go into specifics about these improvements.

To get further insight, I spoke to Toronto Sun crime reporter Chris Doucette. As someone who’s been working with scanners for over a decade, Doucette says that the police’s increasing apprehension when dealing with journalists is “troubling”.

“This assumption that journalists aren’t capable of handling information is nonsense. In the long time that I’ve been doing this, we have never had a situation where our access to information has jeopardized the police or their operations. We take our credibility seriously, we’re not going to go to print something until it’s been totally covered from all angles.”

Doucette also challenged the notion of the police being highly-cooperative with journalists — an idea that was expressed by Pugash — pointing out that the police show discrepancies in their level of cooperation when the story looks better or worse for their image.

“The fear [among journalists] is that [the police] are now controlling the message. Whether it be omitting information that makes them look bad or flat out changing the story, they have the  ability to pick and choose what gets out there. It could be preventing bad press for them or being totally transparent in situations that make them look good. They are essentially curating what kind of story the media will report on.”

With access to information so tight, journalists have to rely more heavily on the police alone for answers and even for documentation, with accounts like the TPSO often tweeting out photos and providing the media with information that would generally be gathered by photographers and reporters on the ground. Doucette notes how this is not only putting nighttime reporters out of work, but is also creating a dangerous economy between the police and the media.

Pugash has told me that the police do not provide on-scene coverage of police matters, but journalists do have access to a wealth of photos, video and textual information through the Toronto Police’s communications department.To Doucette, this presents a huge problem for journalism, especially in cases where the police act unethically or fail to present the truth in its entirety. By giving the police the power to control the flow of information, holes in crime reporting begin to appear.

For example, compare the way police handled the entertainment district shooting of Kwasi Skene-Peters with the killing of Andrew Loku. Both men were shot by police, but Skene Peters was wanted for murder and the need for police to use deadly force was clear. Journalists were granted full cooperation.

Loku, on the other hand, was a mentally distressed father who was shot by police in his own apartment building. In that scenario, police went into lockdown mode, granting journalists as little access to the crime scene as possible. The details surrounding his death remain clouded.

Pugash tells me that these concerns are merely a result of impatience on the part of the press, that there is a “due process” that must be followed and that the press doesn’t necessarily have to have a role within that.

“We can’t break from the law because people are impatient and want answers now,” he says.

“What the public is interested in is not always synonymous with the public interest. People think because they want to see that they have a right to see it, and I don’t think that’s the case.”

And according to Doucette, Pugash isn’t alone in that belief: citing a meeting he and other journalists had with former chief of police Bill Blair last year on the topic of scanners going encrypted, Doucette said that Blair made a particular comment that he says “solidified the issue” for him.

“One thing that sticks out to me that I’ve never forgotten, when [Bill Blair] said, almost word for word: ‘The officers of TPS operations will decide what’s newsworthy’.”

I tried to ask Bill Blair if he actually said that. His staff told me he would not be talking about police matters now that he is running for Parliament.