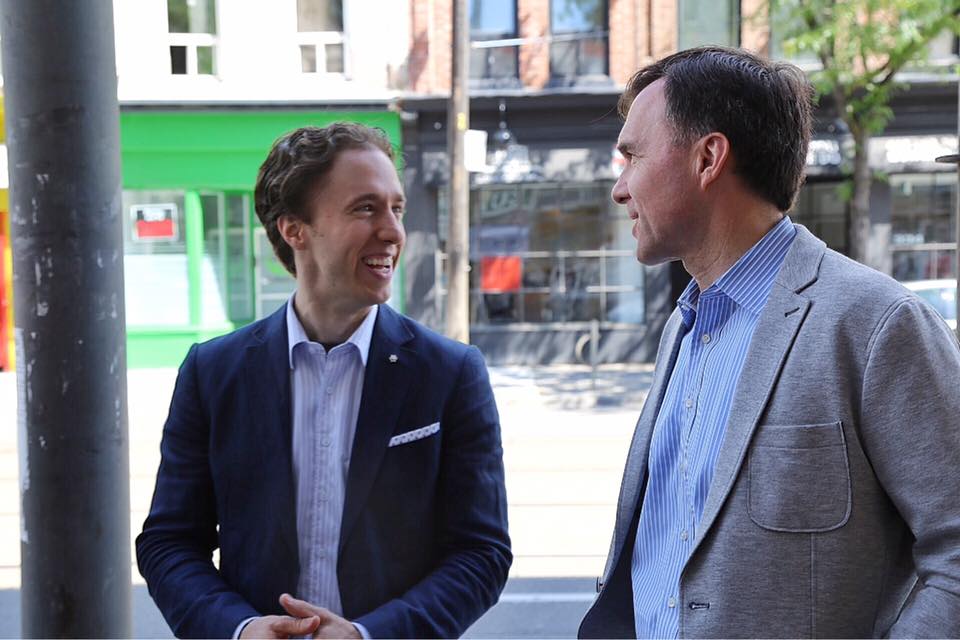 Another member of the Trudeau government has family connections to the WE organization.

Clare Morneau, one of the daughters of Finance Minister Bill Morneau, spoke at WE Day Ottawa on November 9, 2016, when she was 17 years old. A Toronto Star profile at the time described her as “Craig Kielburger in a kilt.”

Asked if she was paid to speak at that or any other WE event, WE Charity tells Canadaland, “No, Clare Morneau was never paid.”

Another daughter of Morneau is a current employee of WE Charity. Grace Acan, who became part of the Morneau family after they sponsored her coming to Canada from northern Uganda in 2010, “started at WE in August 2019 as a coordinator on ME to WE Trips and in March 2020, she transitioned to the WE Schools team as a coordinator,” according to the charity.

Clare Morneau also enjoyed the support of WE co-founder Marc Kielburger when she published her first book in 2016. The cover of Kakuma Girls: Sharing Stories of Hardship and Hope from Kakuma Refugee Camp includes a blurb by Kielburger, describing it as “An inspiring portrait of African girl refugees by a passionate 17-year-old Canadian dedicated to positive change.”

Asked about the circumstances of the endorsement, WE Charity says, “Marc Kielburger seeks to support young people in their writing projects about bettering the world. He has provided endorsements to many youth authors. Marc was asked by a literary representative of the publishing house, which was publishing Clare Morneau’s book, to consider an endorsement. After reading the book, Marc agreed.”

Neither Clare Morneau nor the office of Bill Morneau have responded to questions, but we will update when they do.

Future 50 honouree Clare Morneau is leading by example when it comes to advocacy work. Read her story: https://t.co/OteIr7mt6Z #WEareCanada pic.twitter.com/3R9ZxD7ay5

In 2019, Bill Morneau announced $3 million in federal funding to WE for its “social entrepreneurs” program.