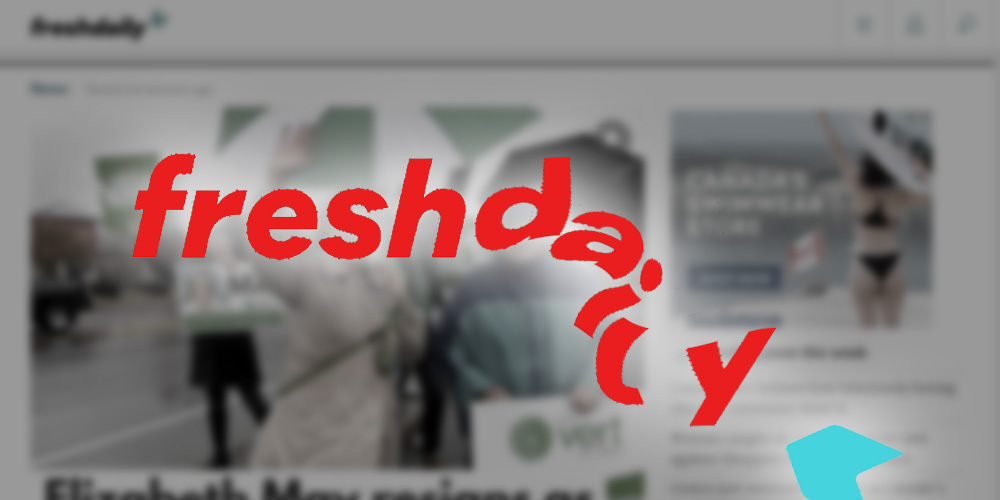 The blogTO sister site debuted on election day. Its future is already in limbo.
News Brief By Jonathan Goldsbie
Share

Two weeks after launching as a new national-focused online publication, the future of Freshdaily is in limbo after laying off its only employees Monday.

Staff writer Sarah Hagi and senior editor Jaren Kerr (the latter until recently a deputy editor with Canadaland) were just over a month into their jobs when publisher Tim Shore informed them of his decision. A third staffer, former Canadaland contributor Sean Craig, departed last week due to an unrelated personal matter.

“I would say it wasn’t my objective to launch a site and within two weeks have so many staffing changes,” says Shore, who is also the founder and publisher of blogTO. “But unfortunately, that’s what’s happened. And we have to move on, basically.”

He tells Canadaland that Freshdaily remains in soft-launch mode and is “not going anywhere. It’s gonna continue to operate.”

On Monday, the majority of posts were authored by blogTO staffers, who had already been supplementing the content produced by the newly hired editorial staff. The Toronto-centric city blog employs about a dozen people in total.

Sources close to the venture say the site was left in the lurch following an unsuccessful search for a managing editor and after a group of journalists who had considered coming over from another outlet ultimately decided against it.

“The site was going to be staffed almost exclusively by dedicated writers and editors for Freshdaily,” Shore says. “For a variety of reasons, that didn’t materialize in time for our launch date.”

“You have to make adjustments quickly,” he says.

Asked if he still hopes to hire people for the site, he says, “We’re going to take it day by day for now,” with blogTO staff likely handling things in the short term.

The site, however, is stuck with a lease for an office in Toronto’s Financial District.

Shore launched blogTO in late 2004, followed the next year by spinoffs in Vancouver and Montreal, which ceased operations in 2011 and 2013, respectively. His sites were originally operated under the umbrella of a privately held company called Level 28 Brands. In 2005, he changed its name to Freshdaily Inc.

If you want me to write/edit/research/fact-check for you, I’m suddenly *very* available!