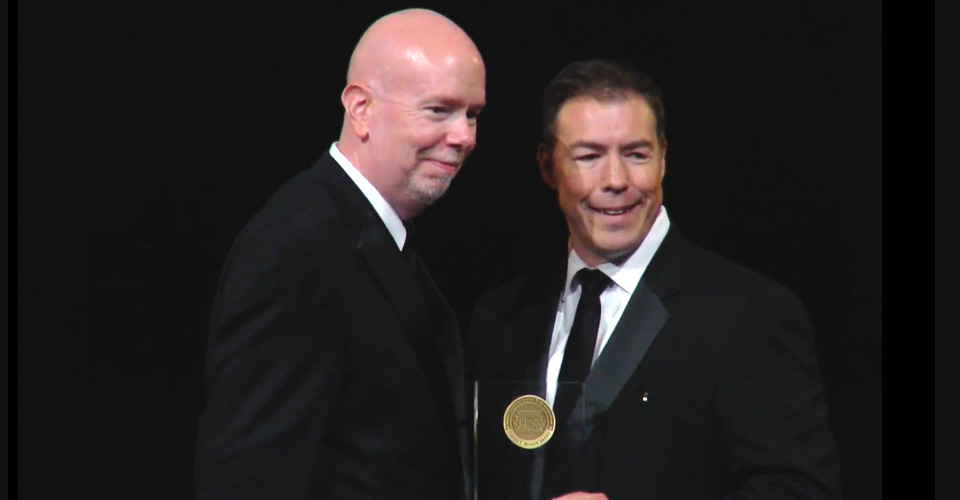 The senior vice president in charge of Global News responds to concerns about the network's centralized production of local newscasts.
Article By Jonathan Goldsbie
Share

On this week’s podcast and in a first-person essay for the site, former Global News producer Paul Tadich outlines his issues with the network’s move toward producing its local newscasts from a central facility in Toronto, where anchors stand in front of a green screen that gets replaced with a backdrop representing each city. In an interview with CANADALAND, Troy Reeb — the senior vice president of news, radio, and station operations for Global parent company Corus — responds to Tadich’s concerns. It’s been edited and condensed.

One of the concerns Paul Tadich raises is that, in his experience, the centralization of production leads to errors in pronunciation and local knowledge because Toronto-based producers and anchors aren’t typically familiar with the local details for a given city. Do you find that the “Multi-Market Content” model creates more opportunities for errors than locally produced newscasts ?

Let me wind this back for you: Before we made this move, we were facing the same challenges as every media outlet across the country. Linear television viewing is on the decline, including for traditional newscasts. The old days of having newscasts at 6:00 and 11:00, that doesn’t serve the audiences of today. People want content on the device that they want, and they want it at the time that they want. So in order to keep up with that, we have to be able to provide more news at more times of the day.

So we came up with MMC, so that once the main, daily 6:00 newscasts are done, rather than having a local production team and anchor hanging around the building all night, just to rerun the same stories at 11:00, and maybe add one or two new ones, we’ve turned those people back into reporters who are serving online, as well as creating more content that can then be reported through the centralized anchoring.

So we’re actually super proud of this. It’s a model that last year won the first-ever Edward R. Murrow Award for innovation. It’s been looked at by broadcasters from across North America and around the world, who come in to study what we’ve done. Because what we find is that by freeing up the staff in the local market to actually do reporting — instead waiting for a red light to go on and start talking — that we’ve produced more journalism.

And to the specific question of, you know, does it increase the risk of errors, in terms of pronunciation or local knowledge? I would say that was a major concern of mine when we first launched it as well.

But to be quite honest, the problem with errors has much more to do with junior people — you don’t pronounce a name wrong twice. And what we find with anchors in small markets, unfortunately, is that you had massive turnover. So not only were people repeatedly pronouncing the same things wrong, but people didn’t stay long enough to not make that same mistake twice. But now our MMC anchors are the longest-serving anchors in many in the markets that they serve.

So no, I don’t think that the error rate is higher. We have incredibly experienced people who are handling the news for these markets.

You mentioned that the money saved by moving to this model has been reinvested in the journalism. Could you give some examples of that?

We made a commitment that when we did this that we weren’t gonna lay off journalists in any of the markets, and we didn’t. Where we got savings was by moving away from the old, control-room-based production model to a new, non-linear production model. So we still have studios, and we still have the same kind of camera set-up, but everything gets pulled into a desktop production model. That’s where we got savings, and then in terms of improved content, we actually took the anchors and production people who were in the markets, and we turned them back to doing online news and more local coverage.

Do you think that this might be somewhat misleading for viewers, who might reasonably assume that like most traditional newscasts, the anchors are located in their city and/or are doing the program live?

There’s always that risk, I suppose. We’re certainly not going out to try to fool anybody. And I actually think what’s most important in all of this is that we have as much or more local content than any other newscast in the market, because it’s only that anchoring piece (and often the weather) that’s sitting centrally. What you get out of the local market is all kinds of local reporting: the editorial direction comes out of the local market, the news directors, the producers. And I would say, it’s far less an example of TV trickery than the old model, where you’ll have a reporter sitting in the local newsroom, as some of our competitors do, and they’ll say, “Let’s go to the newsroom in Toronto to hear about a story from Nicaragua.” Well, that’s far more fakery than it is to actually have anchors who are doing a professional job and then throwing to reports that are all coming out of and gathered in the local market.

Yeah, I’m certainly always annoyed and confounded when CBC throws to a reporter who’s just standing outside the broadcast centre on Wellington Street or whatever. But it’s not like they’re standing in front of a green screen that makes it look as though they’re on location somewhere.

No, and to be clear, we’re not putting greens screens behind people to make it look like they’re on location somewhere, either. If you watch any of the newscasts in Toronto, they will have the skyline sitting behind the anchors. I promise you that’s not a live shot of the actual skyline. So, look: these are all concerns. They’re legitimate concerns. They’re not significant concerns, as far as I’m concerned. What I’m most concerned about is making sure that we’ve got the ability to power lots of local journalism and serve it up, not just on television, but on mobile and online, through podcasting and all the other ways that people want to get news. Television is by far the most expensive and most human-intense production method there is. So we found a whole new way to produce TV, and in doing so, we’ve actually unleashed more reporting and significantly boosted audience.

You say that editorial decisions are made in the local city. What does that involve?

Well, everything. Every single market has a news director, who is in charge of teams. Most of those cities that are served by MMC have staff counts that are somewhere between about 25 and 40, almost all of whom are frontline journalists. There’s a little bit of technical support, there’s some management support, there’s assignment editors. There’s a news director. But we’re down to, basically, everybody who’s in the station is doing journalism.

Do you find that producers in Toronto can properly and capably handle multiple cities at once?

Yeah, that’s the design. Look, is it an easy job? No. Find me an easy job in journalism these days. Can everyone handle it? Maybe not. But I think it’s entirely manageable. These are union-represented employees. And I think there’s a lot of pride in that team; as I say, we’ve won major international awards and been recognized in a lot of places for the innovation of what we’re doing.

On the podcast itself, Tadich talks about his broader experience of the work environment. One thing he says is that breaks are heavily discouraged, and if you take a break and you record it as a paid break on your time sheet, as you’re supposed to, you get a lot of pushback. Would you say that’s consistent with your understanding of the workplace?

That would not be consistent with my understanding of the workplace. And as I say, we have a very vocal and capable union, who represents those workers. We just went through a round of negotiations with them. Since MMC’s been up and running, it was never raised as an issue.

Similarly, he raises more issues, some of which may be particular to his situation (such as with hours and pay grades), others about how he feels employees are treated…

Paul’s opinions may be Paul’s opinions. We’ve got 1600 employees across online, MMC, television, radio, who work in this organization. Are all of them gonna always be happy? No. But I think we provide a pretty darn good place to work. I think we’ve proven that we can reinvent the model. It’s been recognized worldwide for innovation. And in doing so, we’ve been able to actually outstrip everybody else, at least amongst the major news providers, with our record of growth. So I don’t think we have anything to be ashamed of.