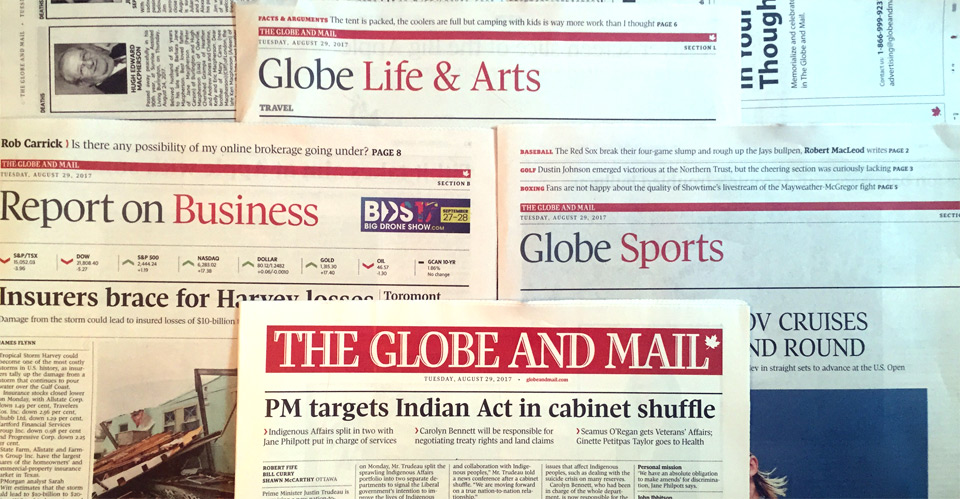 The Globe and Mail plans to reduce the number of sections in its weekday print product starting in December, CANADALAND has learned. News and Report on Business would survive as standalone sections, with Life & Arts coverage folded into the former and Sports into the latter, as part of a larger redesign of the paper.

Final details remain undecided, but several sources connected to the paper expressed concern that the changes would result in a net loss of arts coverage.

While the impact on Monday-Thursday arts content would likely be minimal — given the limited space that it currently occupies — the loss of the standalone Film section published on Fridays in the Greater Toronto Area would be more difficult to offset elsewhere in the paper. Deadlines, however, would be later for “A” section content, allowing for more timely arts news and reviews.

While no staff are expected to be lost as part of the restructuring, some may be reassigned, and consequences for freelancers, as well as the GTA’s Friday Real Estate section, are unclear.

Neither editor-in-chief David Walmsley nor Gabe Gonda, the head of Features, Sports, and Opinion, have yet responded to requests for comment, but we’ll be happy to update if they do.

Last week, The Globe announced that it would be cutting its Atlantic Canada edition, halting distribution of papers in the region at the end of November.

With a report from Jesse Brown.