The Globe and Mail has published a huge feature on Thomas Mulcair, written by Jeffrey Simpson, and it's nothing like the tender, eight-page backrub Ian Brown gave Justin Trudeau in the same section one week ago. Trudeau got the benefit of an interview. Mulcair did not, despite offering to talk to the Globe, twice.
By Jesse Brown
Share

The Globe and Mail has published a huge feature on Thomas Mulcair, written by Jeffrey Simpson, and it’s nothing like the tender, eight-page backrub Ian Brown gave Justin Trudeau in the same section one week ago. Trudeau got the benefit of an interview. Mulcair did not, despite offering to talk to the Globe, twice.

While Ian Brown delivered a humanizing take on Trudeau’s personal biography and psychology, Simpson offers a procedural account of Mulcair’s tangled career in politics, punctuated by some scathing criticism.

Simpson describes the NDP as a party guilty of “preaching,” “blathering,” and playing “small-ball politics.” He describes Mulcair as an ambitious but offensive bridge-burner who “intensely wants to lead the country.”

But the harshest words in the piece come from Mulcair’s adversaries, including his former boss, former Liberal Premier of Quebec Jean Charest. Simpson relies on Charest and other Mulcair critics heavily, including one unnamed source. Collectively, they describe Mulcair as a disloyal “loner,” an angry guy who “did not hesitate to ridicule you” and who drove a female colleague to tears through his “brutal” behaviour.

All of the above is, of course, fair game in profile writing and media candidate-vetting. But here’s the thing – Jeffrey Simpson refused to interview Thomas Mulcair for his epic profile of Thomas Mulcair.

Early in the piece, Simpson writes that he asked Mulcair for access weeks ago, and asked again many times. Mulcair wouldn’t grant it. Then, shortly before publication, the NDP offered Simpson access to Mulcair: first a phone interview and then, after Simpson declined, a face-to-face sit-down. Simpson balked. “Publication was imminent,” he writes.

While 24 hours notice may not be sufficient for the kind of in-depth, close-access feature Simpson had in mind, it’s ample time for any newspaper to let the subject of a story respond to quotes about him and to confirm or deny basic facts. As for being (initially) limited to a phone-interview, The Globe was not alone in being offered this level of access. The Toronto Star was also granted a phone-interview with Mulcair and they built a feature out of it, which ran the same day as the Globe’s.

Was giving Mulcair a chance to respond really a practical impossibility for the Globe? 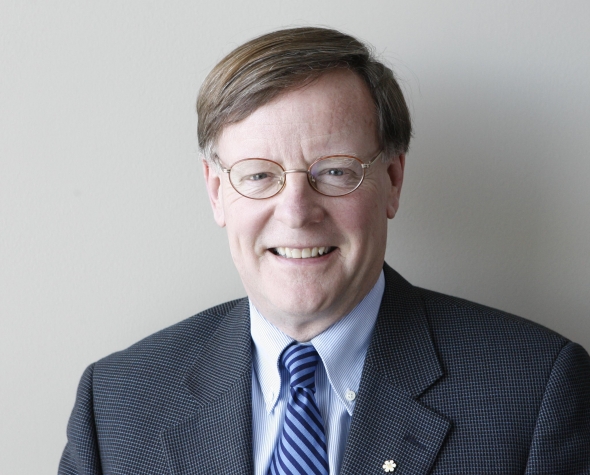 I emailed Simpson to ask. Here’s how that went:

CANADALAND: You write that Mulcair finally agreed to an interview with you, but you declined as publication was imminent. How imminent? How much notice did you have for the first interview offered (the phone interview)?

Jeffrey Simpson: The piece was written and had had one edit when I was offered a phone interview -/ ten weeks after my first request. I could not do it that day as I was busy all day in   Moncton. At 3 pm just before boarding a flight, we were offereda face to face interview the next day which was final edit day, layoff and printing day. Obviously impossible. I had made eight contacts over ten weeks with party officials and had heard nothing. They knew that for this kind of in depth piece that I would need considerable time and access. A phone interview with 10,000 words written and the piece almost going to press was an insult.

Your piece contains much criticism of Mulcair (some of it personal) from various sources, including one unidentified source. Shouldn’t Mulcair have been allowed to respond to it, even if he wouldn’t do so on your terms? (Practically speaking, I’m sure The Globe could have had a reporter conduct the phone interview on your behalf, a day before printing.)

Somebody else other than the writer? Excuse me, we don’t do things like that. You seem to miss that the Ndp had gone ten weeks without even the courtesy of a reply. They had more than ample time to have Mr. Mulcair opine on all sorts of subjects. We wanted that; they did not for reasons best known to themselves.

Did you (or the Globe) consider running the story later in order to get Mulcair’s side?

You will have seen the length: 10,000 words. There is no space for this other than on Saturday. Had we run the piece on the next Saturday, the eve of the election, we would have been accused on being unfair, since many voters don’t make up their minds until the final days.

CANADALAND then asked the NDP about Simpson’s article. Here’s what Senior Press Secretary Greta Levy said in an email statement:

“The NDP was surprised that Mr. Simpson refused to interview Mr. Mulcair, despite being offered opportunities twice before publication. The fact that Mr. Simpson was able to edit his piece to include a commentary about how he felt insulted says a lot.

Mr. Simpson claims he never got the courtesy of a reply – but in his piece, he refers to interactions he had with the NDP. Mr. Simpson also had the opportunity to sit down for a meeting with Mr. and Ms. Mulcair in Scarborough this summer, after which he joined them for dinner – something he fails to mention in his article.”

Jeffrey Simpson confirmed to CANADALAND that he did have tea and dinner with Mulcair and his wife this summer, but that it was not an interview.

Getting both sides to a story is basic journalism. The need to do so is even clearer when running a series of criticisms, unflattering anecdotes and accusations about someone. Jeffrey Simpson asserts that because Thomas Mulcair refused to be interviewed on his terms, he forfeited his right to be interviewed, and relieved Simpson of the responsibility of balancing his story. It doesn’t.

CANADALAND repeatedly asked Jeffrey Simpson to specify when he received the NDP’s offer to provide a phone interview with Thomas Mulcair.

In the feature, Simpson wrote that the offer was made “shortly before going to press,” when “publication was imminent.”

Many have assumed this to mean the NDP offered the Globe a phone interview at the last minute, a day or two before the feature was released.

Jeffrey Simpson did not answer our requests to specify the exact time and date. But the NDP has.

The offer was made on Tuesday, October 6th, at 4:43pm, four days before the newspaper went to press, and five days before it was released.

When asked about the timing, Simpson confirmed it, adding that he did not check his email until Wednesday, that he had a full schedule afterwards, and that a phone interview was “inadequate.”  He specified that his deadline was Thursday afternoon, and that the NDP was aware of his busy schedule.