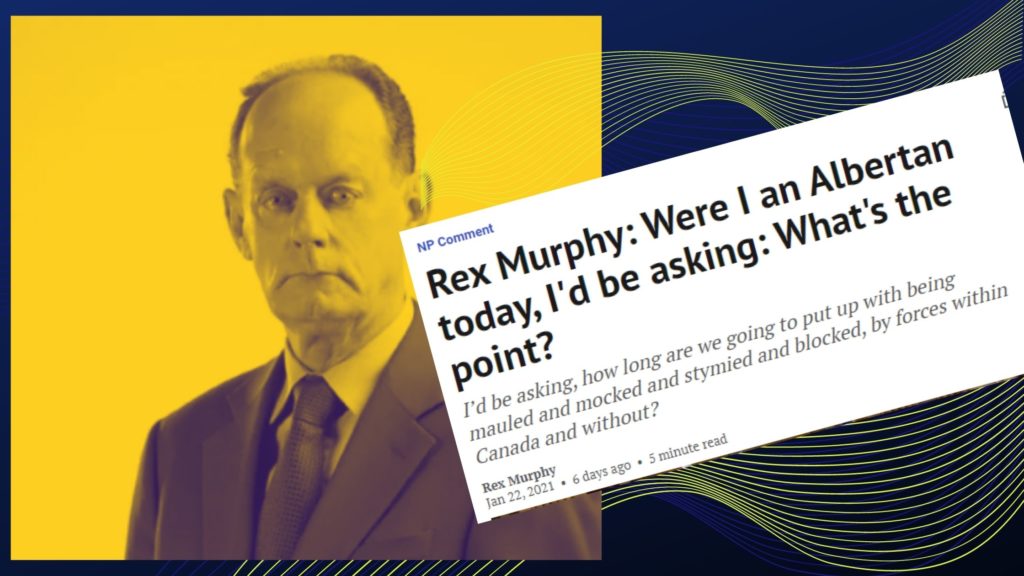 “Columning is a deadly occupation.”
Opinion By Danielle Paradis
Share

Ross wrote this letter in response to a column by Orson Welles in The New York Post which claimed that Ross’s magazine had sneered at him.

Not to say times aren’t serious — today’s media does have its challenges: social media, algorithms driving audiences into niche news consumption, and a right-wing media network that enables fake news to spread 10 times faster than the truth.

In addition to that, there is a decline in the trust of Canadian institutions overall. According to the 2020 Edelman Trust Barometer report, only 53 per cent of Canadians trust the core institutions of business, government, media, and non-governmental organizations (NGOs).

And yet, as things change, sometimes it is nice to look back into history and see that many things have stayed the same. One such thing is, like the columnists of 1945, our Canadian columnist class is also prone to thinking too much of themselves.

This week, Rex Murphy, for example, took it upon himself to embody the spirit of the “hurtin’ Albertan” in a musing published in the National Post titled, “Were I an Albertan today, I’d be asking: What’s the point?”

I’ll drop the irony, instanter. Were I an Albertan today I’d actually be asking: What’s the point? Why are we in this thing? When will it ever stop? Does anyone in Ottawa have any idea of where this is driving us?

(Instanter, naturally is an archaic adverb that means “at once.”)

In this reflection, Murphy does not, of course, ask an actual Albertan what we are thinking or saying. Instead, writing from his home across the country, he ponders how thick our grief and despair must be over the cancellation of the Keystone XL pipeline.

This cancellation, he warns Post readers, is “an attack on the dignity of the province and its citizens. It is never wise, and always dangerously heedless, to strike at peoples’ sense of worth.”

As Ross would put it, he appears to have been “brimful of prunes” when he wrote that.

The subject itself is serious, and Alberta’s economy continues to struggle, between the pandemic and reduced oil revenues. Yet Murphy appears to have absorbed the political rhetoric that defines our leaders as the embodiment of our provincial identity. All without picking up the phone to ask anyone in the province how we are doing.

Columning is a dangerous profession, but tweeting is downright self-destructive. Another Post columnist, Barbara Kay, also seems to be suffering from the super-seriousmindedness scourge. After listening to our most recent Short Cuts episode, she reacted poorly to having been a topic of discussion and was incensed by the idea that her three-decade-old reference to June Callwood was not understood by Jesse’s “sidekick” (Me).

In which ⁦@JesseBrown⁩ observes that since ⁦@jessicamulroney⁩ has a famous father-in-law and is white, ok for her to be canceled by bully because bully is black. Never mentions misleading video or failure of media to investigate claims. https://t.co/glqpu5rrsm

Indeed. But Woke types like @jessebrown & his sidekick who said she couldn't understand the first sentence of my article (she is a journalist??) just can't bear to let go of their *preferred* story of white privilege vs black single mother with no moral agency bc racism. https://t.co/4cXzjduJrB

Also, @JesseBrown, I don't write headlines, but in fact @jessicamulroney is *not guilty* of what media accused her, i.e. racism, wrecking her life, bc of failure to check vague, unsupported allegations. If you get cancelled (could happen), don't come to me with your sad story. https://t.co/g4p2h3vh4u

While we do find ourselves in serious times, as Ross would say, “When a columnist begins to take himself too seriously, he [or she] is in grave danger.”