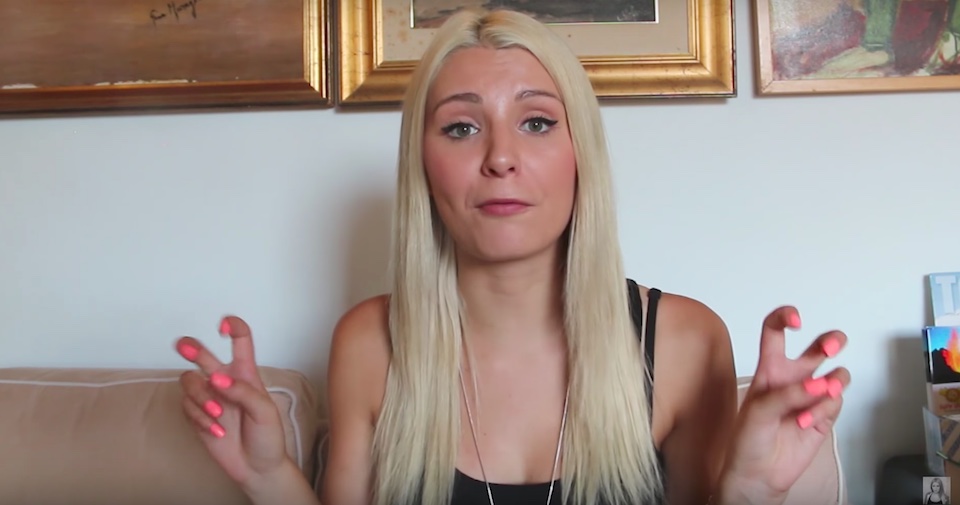 Why Lauren Southern Got Banned From Patreon

With her anti-migrant misadventures in the Mediterranean, the far-right Canadian YouTuber finally crossed the line.
Article By Graeme Gordon
Share

“Yes, HOPE not hate lobbied Patreon directly, and they removed everyone connected to Defend Europe from their service,” Hope not hate director of communications Nick Ryan told CANADALAND in an email.

If you curious as to how HopeNotHate had enough "lobbying" leverage to make Patreon delete @Lauren_Southern 's account, look no further. pic.twitter.com/DmYwDNp2AU

A Patreon representative informed Southern by email last Thursday that her account was being banned because some of her actions were “likely to cause loss of life” but didn’t elaborate further on any specific actions that prompted the ban.

Patreon is a popular crowdfunding platform used by independent media creators, including CANADALAND, that allows “patrons” to pledge support via recurring payments.

Southern was The Rebel’s most popular personality when she suddenly left in early March to “go independent.” While there, Southern regularly courted controversy. In one video, she blasted a Black Lives Matter Toronto organizer as a “trainwreck.” In another, she told a doctor she was “gender non-binary” in order to change her sex designation to male on official ID, to mock the government’s accommodations for transgender people. She currently has 304,000 Twitter followers and 310,000 YouTube subscribers (gaining a few thousand since the Patreon ban).

In a YouTube video titled “PATREON BANNED MY ACCOUNT??” released on Southern’s channel last Friday, the alt-right vlogger blasted Patreon for what she claimed was the politically motivated termination of her account.

“So as you may know by now, Patreon has kicked me off of their website, essentially eviscerating the majority of my income,” said Southern in her video.

At the time Southern was banned, she had around 650 Patreon subscribers and was making several thousand dollars per month from her account, according to Marc Weisblott of Twelve Thirty Six.

not Jordan Peterson money (yet?) but decent USD scratch for a 21-year-old freelancer https://t.co/BAXfQiCNd7 pic.twitter.com/5HPAUPgo5o

In Southern’s video response to the ban, she read out the email Patreon sent her to inform her her account was being terminated:

My name is Max and I am a member of the Trust and Safety team at Patreon.

Here at Patreon we believe in freedom of speech. We are creating a platform that empowers creators to share and debate ideas. When ideas cross into action, though, we sometimes must take a closer look at what our creators are doing with the funds they earn through Patreon.

It appears that you are currently raising funds in order to take part in activities that are likely to cause loss of life. We have therefore decided to remove your page from Patreon, and paid out your final balance of $95.00 to you.

We understand that this will come as a disappointment. Please know that we have come to this decision after a long review process and will not consider an appeal.

Thank you for your understanding.

“That’s a pretty freaking incredible claim there, Patreon, that should take some pretty incredible evidence behind it, shouldn’t it?” said an exasperated Southern. “But what did you provide for evidence? Absolutely nothing — absolutely freaking nothing.”

CANADALAND reached out to Patreon for comment, seeking clarification on what activities Southern was participating in that were “likely to cause loss of life.” A spokesperson provided us with a written statement that reiterated what they had told Southern. The spokesperson also said it is unlikely that Patreon would comment further because they “try to avoid commenting on specific creator situations.”

CANADALAND also reached out to Southern but has yet to hear back. When CANADALAND contacted her earlier this year for an interview concerning her exit from The Rebel, she replied simply, “No, you guys suck balls.”

In Southern’s video, she expressed the suspicion — which HOPE not hate has now confirmed to CANADALAND — that Patreon’s ban had to do with her coverage of the Identitarian Movement, a pan-European uprising of far-right activists trying to stop the flow of migrants entering Europe. Southern is currently embedded with Defend Europe, an Identitarian group that has a 25-member crew sailing the Mediterranean in a 422-tonne vessel for the stated purpose of stopping and documenting supposed complicity between NGOs, human traffickers, and governments in bringing shiploads of economic migrants and refugees into Europe by the thousands on a daily basis.

“By luring Africans into the sea, they are endangering lives and abusing international maritime law,” claims a statement on Defend Europe’s website.

Although there are reports from organizations like HOPE not hate that Defend Europe blocks rescue operations of migrants and refugees, the group maintains that it doesn’t “hinder actual rescue operations” of those in danger of drowning from capsized boats.

In Southern’s video, she says she is not participating in the mission, but was planning to go on Defend Europe’s vessel as a journalist documenting the trip. She also denied being involved with the organization, instead arguing that she simply covers them.

“Secondly, not a dime I got from Patreon went towards the Defend Europe mission. All the money I get from Patreon goes to my initial stated goals, which were entirely within the Patreon guidelines.”

Yet many of Southern’s videos of her interviewing Defend Europe and other Identitarian leaders show she is close to and sympathetic with the movement.

“I think you are much more fierce than other activists,” Defend Europe organizer Martin Sellner told Southern in a video. He added, “I think also by making these videos and coming here, actually being here, reporting about it, you’re already helping us a lot. I want to thank you very much for spreading the message and the idea.”

The 22-year-old Southern was also detained by the Italian coast guard back in May when she helped another Identitarian group called Génération Identitaire shoot flares and stop boats from docking on the Italian coast.

The Italian police were trailing us, so Lauren and I went out in this suuuuper convincing disguise. ? #DefendEurope pic.twitter.com/RYsnfyemjy

In her video about the Patreon ban, which has over 460,000 views, Southern also defends Defend Europe’s mission as likely to help save lives.

“The mission is literally working entirely within maritime laws. And if any of that changed, and if their mission was to harm people or ignore people in distress, I would disavow it immediately,” she said.

Meanwhile, HOPE not hate’s Ryan tells us that Defend Europe is already putting refugees and migrants in danger:

For multiple reasons (as we’ve published), we’ve established that Defend Europe is a far-right operation, using a ship with likely armed personnel, whose original messaging, videos and imagery very specifically said it would “block” NGO vessels.

Since we focused attention on this matter, Defend Europe has attempted to change its messaging to simply “monitor” NGO ships, but given the evasiveness of its vessel’s movements, the often-confrontational nature of its previous stunts, and the involvement of noted individuals from far-right organisations — who claim they are going to attempt to return migrants and refugees to a failed state (Libya) with no functioning government, which may contravene international conventions [see our legal briefings] — we don’t think anyone should trust Defend Europe’s words right now.

Worse, we doubt Defend Europe has sufficiently qualified medical personnel aboard their vessel to offer humanitarian assistance to those people it may pick up out of the water.

In essence, their intervention in an already-troubled situation simply adds fuel to the fire, in our opinion and those of thousands who’ve signed our petition or shared out materials online.

CANADALAND contacted Defend Europe for a response but has not heard back.

Southern also accused the crowdfunding site of a double standard because it has allowed what she calls a “radical left-wing organization that promotes violence against police” — It’s Going Down — to still fundraise on its platform, which Southern argues could actually lead to a loss of life. It’s Going Down’s Patreon video does appear to glorify the burning of police cars and other forms of rioting and vandalism, and the publication does describe itself as a “digital community center from anarchist, anti-fascist, autonomous anti-capitalist, and anti-colonial movements.”

In standing up to to Patreon’s ban, Southern has taken a page out of her former boss Ezra Levant’s playbook, buying the domain patreonsucks.com to rebuild her paid subscriber base.

It has been an eventful year for Southern thus far. Beyond being detained by the Italian coast guard and banned by Patreon, she has also attended a White House press briefing, been demonetized by YouTube, had a self-published Amazon best-seller, and accidentally got her friends and others beaten up because she mistakenly wore an Identitarian t-shirt to a German Antifa (anti-fascist) rally.