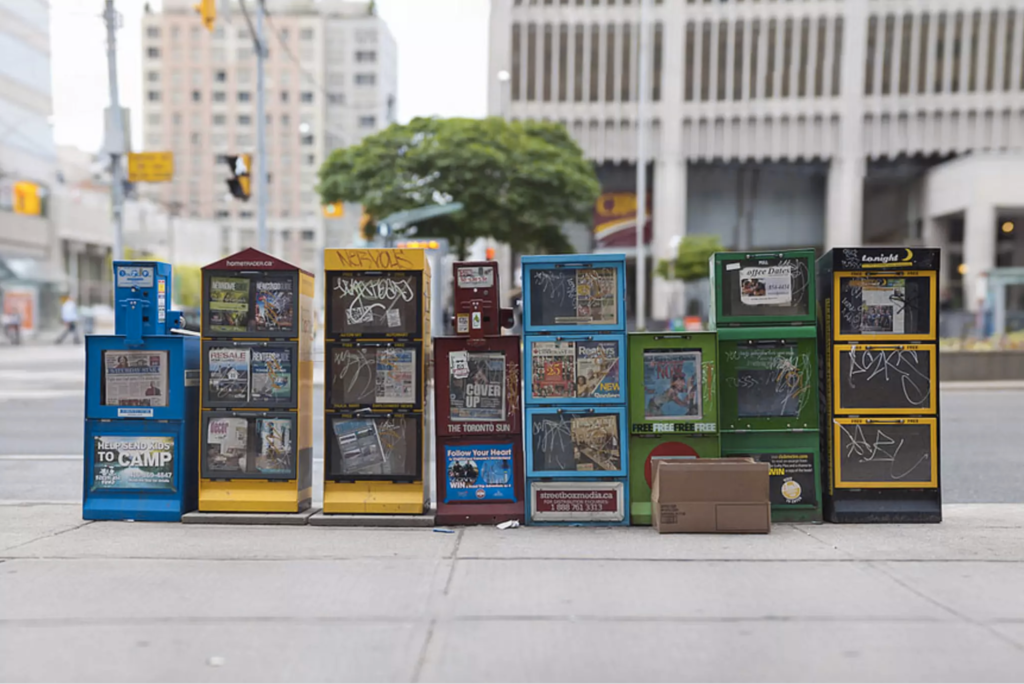 If you’re having trouble keeping track of the many ways the federal government is subsidizing selected news organizations, you can be forgiven. There are plenty of them, and the number keeps growing.

The $50 million Local Journalism Initiative, the $595 million salary subsidy (commonly referred to as the newspaper bailout), and the $60 million pandemic-specific Emergency Support Fund.

It should be noted that government-approved news organizations are not limited to receiving money from just one fund — many tap several of these initiatives at once, and some of the biggest media brands in Canada have successfully applied for all of them.

All of this is in addition to provincial subsidies and COVID-relief subsidies from the federal government that are not specific to media companies, which news organizations have also been receiving — primarily the Canada Emergency Wage Subsidy, or CEWS.

(Canadaland has received money from CEWS, but does not solicit or accept any media-related funding from any branch of government).

Publications such as Maclean’s, select Postmedia and Black Press papers, and The Walrus received funding from the $10 million media top-up fund the Trudeau government set up to provide relief during the COVID-19 pandemic.

The names of the publications that received funds from the $10 million remained undisclosed to the public until a few weeks ago. (The full list is provided at the bottom of this article).

David Larose, a spokesperson at the Department of Canadian Heritage, says in a statement that there were 754 publications accepted for this program.

“In recent years, the print media industry has seen its advertising revenues rapidly decreasing to the benefit of foreign platforms,” says Larose. “The pandemic has also severely affected the sector and still today, revenues have not returned to pre-pandemic levels.”

Four of SJC’s other publications (English Chatelaine, French Châtelaine, Flare, and Today’s Parent) took a total of $179,547 from the top-up fund and $658,673 from the emergency relief fund. SJC Heritage Inc., separate from its registration for Macleans Inc., registered for the CEWS.

Select Black Press publications collected money from these sources. The Lake Cowichan Gazette received $1,271 from the top-up fund, $5,000 from the emergency relief fund, and was the only recipient from Black Press to register for the CEWS.

A report from the Center for International Media Assistance in 2013 described Ming Pao as a “Beijing-friendly” publication, pandering to Chinese Communist Party sensibilities.

The Walrus received $58,195 from the top-up fund and $75,695 from the emergency relief fund. The Walrus Foundation registered for the CEWS.

Jennifer Hollett, the executive director at The Walrus, declined to comment about how this funding was used.

Canadaland reported that a series of connections between the governing Liberal Party of Canada and the Walrus Foundation might have affected the editorial standards and direction at the magazine in the mid 2010s.

Millions more in federal media subsidies have yet to be dispersed. An additional $21.5 million has been provided for 2021-2022 to assist free, digital, and small-circulation magazines and weekly newspapers.

Recipients of the $21.5 million in assistance funding will be made public in early 2022.

“The government of Canada is committed to fostering strong and dynamic magazine and community newspaper sectors that meet the evolving needs of readers,” he says.