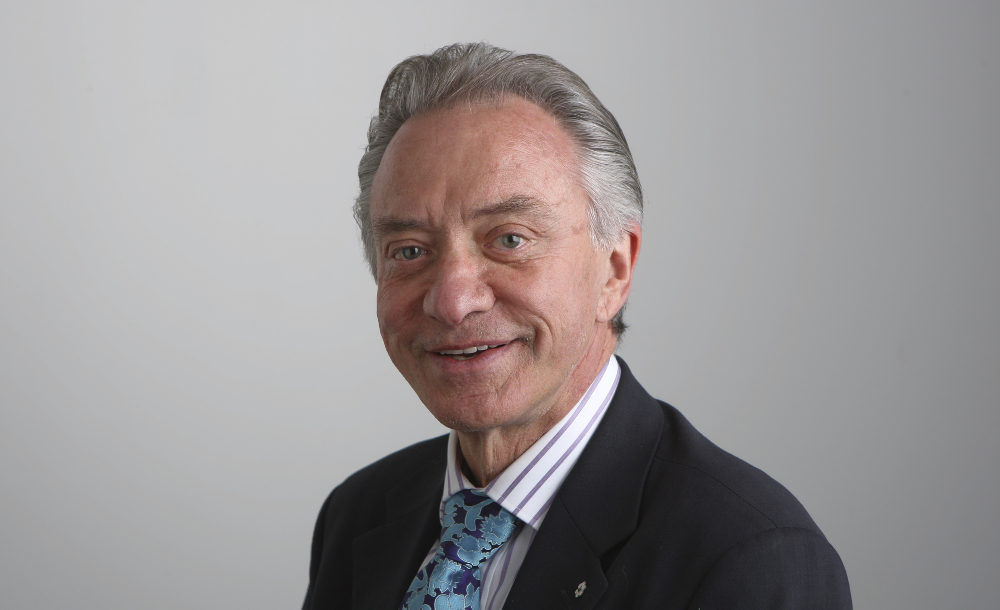 Two Canadian media unions are calling on Postmedia president and CEO Paul Godfrey to give back his $900,000 “retention bonus.” Unifor local 87-M and CWA Canada both released statements calling on Godfrey and four other executives to give back bonuses totalling more than $2 million.

“Godfrey has all but destroyed a once-venerable newspaper chain. And it’s not because newspapers aren’t making money — they are. It’s because he needs to feed profits to predatory hedge fund lenders who keep him in their pocket with these big bonuses,” CWA president Martin O’Hanlon said in a release. “Why should people care? Thousands of jobs lost. A newspaper chain collapsing. Communities hurt. Journalism in decline. All so that rich investors can make yet more money.”

“It is beyond belief that a company that just announced it needed to slash its payroll by 20 per cent turns around and awards its senior executives millions of dollars,” Unifor local president Paul Morse said in a release.

Here's what NDP Heritage Critic Pierre Nantel, who sits on the committee Paul Godfrey asked to consider subsidies for newspapers, tells me. pic.twitter.com/Mse97zDI89

Godfrey and four other executives are set to received a combined $2.3 million, at the same time the company is looking to cut a fifth from its salaries, as first reported by the Globe and Mail. Godfrey’s $900,000 bonus alone likely could have paid a year’s salary for more than 15 staffers.

The remaining $1.2 million in bonuses will go to four other top executives. Executive vice-president, legal counsel and general counsel Jeffrey Haar is getting a $300,000 retention bonus. But, the Globe reported Thursday Haar will be leaving the company at the end of the month. The bonuses are supposed to be paid out in three instalments. The first one was paid out in July. It’s unclear whether Haar will receive the final, according to the Globe.

The mood at Postmedia was already grim, following the company’s announcement it was looking to shed about a fifth of its staff. Several sources at the company expressed outrage and disbelief when the corporate payouts were revealed.

One source said this would be the last week of work for dozens of employees across the company. After which those still at the company find out if enough people took voluntary buyouts to avoid layoffs. The source called the timing “tone-deaf” at a time the company is looking to shed so many employees. National Post columnist Chris Selley tweeted the executives owed staff an explanation.

Postmedia execs owe their employees an explanation. Tomorrow if not tonight.

Rumours are rampant that as leases on office space run out jobs will be merged into operations in other parts of Postmedia, or eliminated altogether.

One employee described a colleague in tears, worried they’d have to sell their house if they took the buyout. But many don’t see another option. The fear is if they don’t take the package they’ll be laid off and get nothing, one source said.

Another wondered what incentive there was for staff to band together through another period of massive restructuring, while executives are taking bonuses.

In a memo to staff, National Post editor-in-chief Anne Marie Owens said the newsroom would undergo a major shift to put a much heavier focus on the digital side of publish, as the company looks to pare back its print products.

“As I told you in the earlier town hall, the focus of this newsroom reorganization will be geared towards being a digital-only operation,” Owens wrote. “We are, of course, continuing to publish print products from this newsroom, but the amount of attention that it occupies will be isolated to a much smaller portion of this operation.”

The buyouts aren’t for a lump sum, instead the company is offering to continue paying an employee’s salary for three weeks for every year they’ve worked at the company. For example: an employee at Postmedia would get 15 weeks of pay. If they take a job during the buyout period, their remaining benefit is cut in half.

All the sources spoke to CANADALAND on the condition of anonymity to protect their standing at the company.

DISCLOSURE: I worked for Postmedia for several years before leaving the company voluntarily, for love, almost two years ago. I was previously laid off by the company in May 2012, when the company shut down its newswire, but I returned to the company several months later.