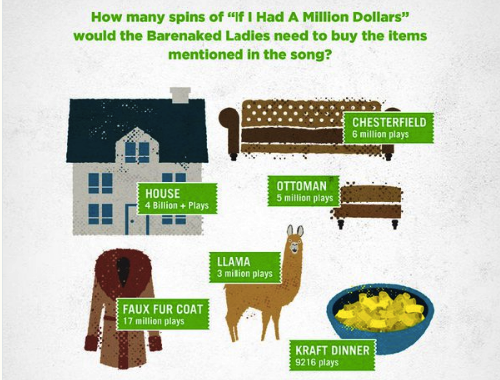 Tanya Peatt just left her position at Music Canada where part of her job was to push the government for stricter copyright. Where is she now? She's in government working on the very policy the music lobby wants changed. The hiring comes as the government prepares for a review of the country’s copyright system, set for next year.
By Robert Hiltz
Share

Tanya Peatt just left her position at Music Canada where part of her job was to push the government for stricter copyright. Where is she now? She’s in government working on the very policy the music lobby wants changed.

The hiring comes as the government prepares for a review of the country’s copyright system, set for next year.

Peatt left her post as Music Canada’s director of regulatory affairs for the department of Innovation, Science and Economic Development (ISED), where she’s on a 13-month contract.

The switch shouldn’t be too difficult. Before she was at Music Canada, Tanya Peatt was policy director in James Moore’s office while he was minister of industry (the former name for ISED) and when he was minister of heritage. While there she was responsible for developing the government’s policy approach to a media landscape shaken by digital revolutions in music, television, and film.

Peatt didn’t answer any of CANADALAND’s emailed questions, but her department sent a brief statement through a spokeswoman. “It is not uncommon for public servants to have private sector experience before being hired in the Public Service,” Stéfanie Power said in an email.

Music Canada is a music industry group headed by the Canadian divisions of Sony Music, Universal Music, and Warner. It also represents a dozen other smaller labels. Before she left in April, Peatt was “responsible for the management and strategic direction of Music Canada’s relationship with the federal government,” according to her LinkedIn profile.

Since the Liberals have come to government, Music Canada twice lobbied ISED in February. However, Peatt is not listed as taking part in those meetings and isn’t registered with the federal lobbying registry.

Not that she’s unfamiliar with lobbying. During Peatt’s time in Moore’s office, she was lobbied by Music Canada nine times, three years before she was eventually hired by the group.

Music Canada most often uses its public face as the sponsor of major music awards and events, like the Junos. It also certifies record sales with gold and platinum status.

But the group does policy-focused lobbying, too. It has fronted a campaign to pressure the Canadian Copyright Board to set higher royalty rates for streaming music. Music Canada says those rates — currently set along the lines of radio play rates — are far too low and mean artists, and by extension their corporate masters, aren’t getting paid enough by streaming services. To illustrate their point, they said it would take more than 9,000 plays of the Barenaked Ladies’ If I Had a Million Dollars for the band to afford a box of Kraft Dinner, and 9.8 billion plays to actually earn a million dollars.

When you break Tariff 8 down into real numbers, it’s terrible for musicians: http://t.co/aJHiKEqfc9 #IStandForMusic pic.twitter.com/d3HLChTUQr

The upcoming review is part of a provision of the previous government’s Copyright Modernization Act, C-11, that requires the federal government to review its copyright regime every five years. The government hasn’t said what its plans were for the review. The Modernization Act brought in penalties for breaking the digital locks placed by publishers, as well as created the so-called “notice-and-notice” system where internet providers are obliged to pass on copyright infringement notices to their customers from publishers.

This is not the first time the government has hired someone with a background as an industry rep. The natural resources minister hired as his chief of staff a former oil lobby executive. Janet Annesley was a regional vice-president as well as communications director with the Canadian Association of Petroleum Producers in the years before she left for Queen’s University, where she was plucked from for the minister’s office, according to the Winnipeg Free Press.

Jim Carr, the minister, defended Annesley’s installation the time saying, “She is loyal to the mandate, and the mandate letter from the Prime Minister to me is very clear about modernizing the National Energy Board, about the sustainability of way in which we move resources to market, so I’m very comfortable,” the Free Press report said.

More recently, it was revealed by the opposition Conservatives that Agriculture Minister Laurence MacAulay’s chief of staff, Mary Jean McFall, is a member of the family that controls one of the largest egg producers in the country, Burnbrae farms.