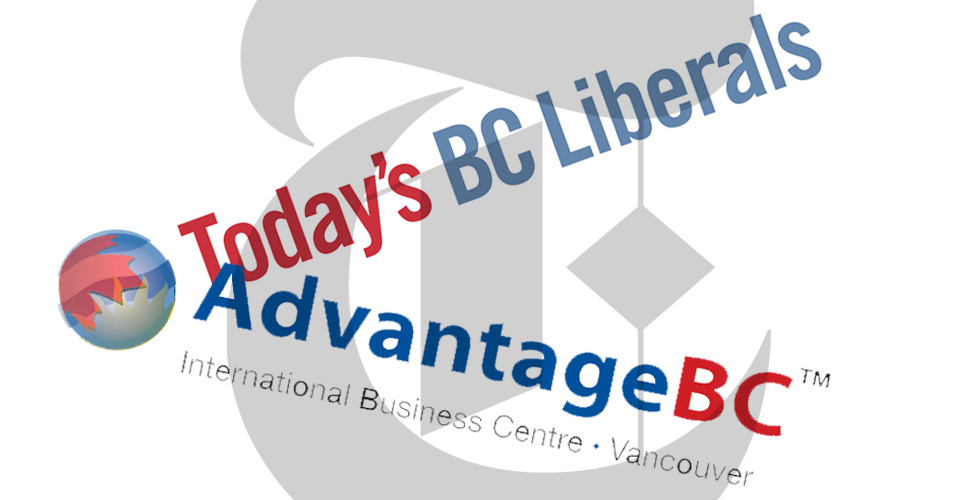 The Times launched a lawsuit against AdvantageBC earlier this month.
News Brief By Jaren Kerr
Share

The New York Times has filed a lawsuit against AdvantageBC, the opaque NGO to which British Columbia’s (likely outgoing) Liberal government outsourced its corporate tax-break program.

The BC Liberals, known for their corporate-friendly policies, tried to attract international companies to register their businesses in the province with a tax-break scheme called the International Business Activity program (IBA). While the program is administered by the Ministry of Finance, interested companies must first become members of AdvantageBC, an organization lead by Colin Hansen, a former Liberal finance minister. The IBA offers companies registered with AdvantageBC a “refund of up to 100% on BC corporate taxes.”

The AdvantageBC website states that the NGO “promotes international business in BC by raising the profile of British Columbia as a location for investment,” and “encourages corporations to take advantage of the tax incentive available under the International program.”

The registration fee for companies is $5000, and Hansen has said that AdvantageBC is particularly interested in attracting Chinese firms.

Since 2008, the IBA has given out about $140 million in tax breaks and, according to ministry figures, has created between 122 and 300 jobs — far below the anticipated 13,000 jobs a report estimated that the program would create after being expanded.

In March, the Times sought AdvantageBC’s financial statements, any auditors’ reports from the past fiscal year, and the amount of remuneration paid to directors. Such information is public under BC law, and similar tax-break programs in other jurisdictions practice a level of transparency that makes such information available.

But according to the Times’ court application (embedded below), Hansen denied this request from reporter Dan Levin, asserting in an email that his organization was “member-funded” — a status that would exempt it from having to disclose this information. He also stated that directors are not paid.

The Times filed a lawsuit on May 4, and BC Registry Services requested the financial information on the paper’s behalf, also confirming that AdvantageBC was not member-funded at the time.

Hansen replied to BC Registry Services two weeks later and doubled down, saying that not only was AdvantageBC member-funded, but it had been for 20 years.

Yet AdvantageBC could not have been member-funded for 20 years, since member-funded status was only made possible in November with the introduction of a new version of the Societies Act, which governs how not-for-profit corporations are created and run.

Hansen did not respond to multiple requests for comment.

When CANADALAND inquired about AdvantageBC’s status on May 17, BC Registry Services stated that the NGO was now member-funded.

The only insight into the workings of the tax-break scheme — including how much it pays out to companies that take advantage of it — comes from a TD Bank tax claim that was brought to the BC Court of Appeals in April. TD is an AdvantageBC member and tried to claim a $2.8 million tax rebate in 2012 but filed their return one day too late. On April 21, the appeal court ordered the BC commissioner of income tax to reconsider TD’s request for an extension to file its 2012 return.

AdvantageBC is not subject to freedom-of-information rules.

With a report from Darryl Greer.

In a response filed on May 29 (embedded below), AdvantageBC CEO Colin Hansen argued that his organization did not have to disclose the information because of its member-funded status but said it would do so voluntarily “in the interests of transparency and to avoid expending scarce judicial resources.”

Hansen explained that his earlier claim that AdvantageBC was already member-funded, before its status as such was formally approved, had been based on his assertion that the organization qualified for the status.

It is unclear if member-funded status protects organizations from disclosing financial information compiled before they earned the designation. The BC Ministry of Finance did not clarify when asked by CANADALAND.

Hansen stated that AdvantageBC has no access to the confidential tax information of the companies registered in the IBA program and that the organization only promotes the program.

Hansen accused the Times reporter pursuing the story, Dan Levin, of having a “pre-determined negative view of the IBA program and a different agenda that he was intent on pursuing.” Hansen also said that Levin’s story about AdvantageBC was “inaccurate” but did not explain why.

In 2016, AdvantageBC earned $78,845 in membership fees, and $1,027,582 from Participation Assessment fees, calculated at 0.45% of the “income earned by the international business in the preceding year.”