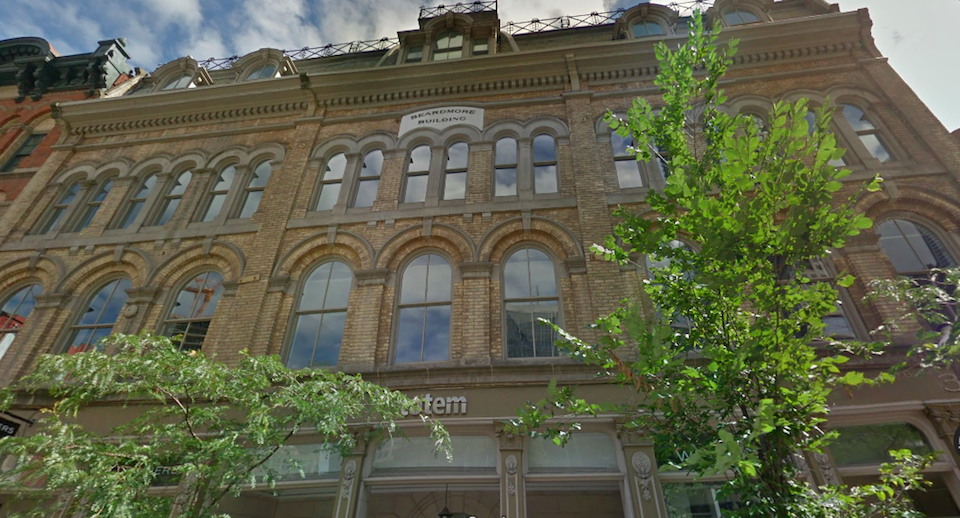 On November 21, Tom Korski, the managing editor of Blacklock’s Reporter, filed a complaint against CANADALAND with the National NewsMedia Council regarding a September 2016 episode of our flagship podcast. On December 20, the NNC — a self-regulatory industry body that considers allegations of journalistic lapses involving member organizations — dismissed the complaint, concluding no breach of standards had occurred.

We were going to wait for the NNC to get around to posting the decision online before sharing a link to it, but given Blacklock’s publication of a related article this morning, we’ve decided to go ahead and present the council’s findings in full below:

The National NewsMedia Council has considered and dismissed a complaint claiming conflict of interest related to a September 2016 Canadaland podcast.

The complainant, Tom Korski, is a managing editor with subscription-based Blacklock’s Reporter. He stated that the September 26 2016 Canadaland podcast, “Paywall ‘Blackmail’”, concealed a conflict of interest. NNC considers the podcast to be a publication of the member news media organization. The date of the podcast was far outside the normal timeframe for considering a complaint. However, because related information was discovered only in November 2017, an exception was made. The podcast consisted of a discussion between host Jesse Brown and Prof. Michael Geist of the University of Ottawa about a federal court copyright case that was of public interest.

The complainant argued that the guest was identified as “a law professor and expert in internet and e-commerce law”. But according to an FOI request sought by the complainant and released on November 15 2017, Geist had sent an email to the University Library on November 10 2015, suggesting it cancel a contract with Blacklock’s.

In their correspondence of November 2017 the complainant suggested to the Canadaland host that the e-mail Geist had sent was proof that Geist “had surreptitiously organized a boycott of their family business a year prior to the podcast, then posed as a dispassionate legal expert in criticizing the company”. The complainant noted his company was not invited to take part in the discussion of copyright litigation, and said that at one point the program host referred to its copyright enforcement as “bat-shit crazy.”

The news media organization said the intent of the podcast was to provide an analysis of a public issue by discussing what had already been reported, similar to a segment on talk radio. In keeping with that format, the news organization felt no obligation to invite either side to participate. It denied the alleged use of language and said it called the legal dispute itself “a bat-shit case”.

The news organization argued that the federal court ruling to dismiss, which was delivered in November 2016, indicated that the host’s critique of the case was not without merit. It also argued that the advice to an employer to cancel a subscription to a business that may undermine principles important to the employer does not amount to a boycott. In any case, the news media organization said it had no reason to know about the email and had nothing to conceal. It offered the complainant opportunity to respond upon hearing of the complaint following the podcast. That offer was declined.

In dismissing the complaint the NNC noted the complainant’s copy of Prof. Geist’s email indicated it was addressed to one person, that no evidence of a wider boycott was offered, and that the podcast contained no reference to a boycott.

The NNC accepted the news organization’s view that Prof. Geist’s letter to the librarian was consistent with the critique he offered on the podcast, and saw no evidence to support the allegation of a personal grudge. However, the NNC noted that best journalistic practice is to state the bias of an opinion writer or guest up front, and recommended that practice be employed going forward.

In dismissing the complaint, the NNC considered that conflict of interest can mean a situation in which the concerns or aims of two different parties are incompatible. Such a difference in points of view is part of healthy analysis and debate.

Conflict of interest also means a situation in which a person is in a position to derive personal benefit from actions or decisions made in their official capacity. In dismissing this complaint, the NNC found no particular evidence of personal benefit to the podcast guest.

The NNC accepted the view that the email in question was advice to an employer and did not amount to an organized boycott. Knowing of the email or opinion would not likely have changed a listener’s perception of the guest. The complainant’s argument that it was not invited to the podcast to take part in discussion of the issue touches on the news media organization’s prerogative to use the sources of its choice. In dismissing this portion of the complaint, the NNC upheld that prerogative, and accepted the view that participation from commentators rather than both parties is standard in an analysis piece.

The NNC noted that the news media organization, on receiving a complaint from Blacklock’s Reporter following the podcast, offered an opportunity to respond. This open response to criticism is to be lauded, and in any case is a remedy the NNC would recommend had there been a breach of journalistic standards.

Google Street View image of the Beardmore Building on Front Street East in Toronto, which houses the offices of the National NewsMedia Council.