Since Canada began using nuclear energy in the 1960s, the only solutions for the waste produced have been temporary. It’s now being stored onsite at nuclear plants, in containers that last a century at most.

So in 2002, the federal government created the Nuclear Waste Management Organization (NWMO) and tasked it with finding a location to dispose of all of Canada’s high-grade nuclear waste.

Ignace, in Northwestern Ontario, was among the communities that volunteered to host a deep geological repository (DGR), and is now one of two sites under consideration. (The other is South Bruce, in the southern part of the province.) To create the DGR, used-up nuclear reactor cores would be placed inside canisters that would then be encased in a special clay that’s been shown to protect from water and cushion from seismic activity. The canisters would then be buried inside a rock 500 metres below ground.

The NWMO is confident that the project — valued at $26 billion over the next 150 years — would pose virtually no risk to the local water supply, environment, or people. But a DGR for high-level nuclear waste has not yet been built anywhere in the world.

On this week’s CANADALAND, senior producer Sarah Lawrynuik travels to the area where she grew up, to learn about the divided reaction to the nuclear-waste project and whether the anxieties are justified: 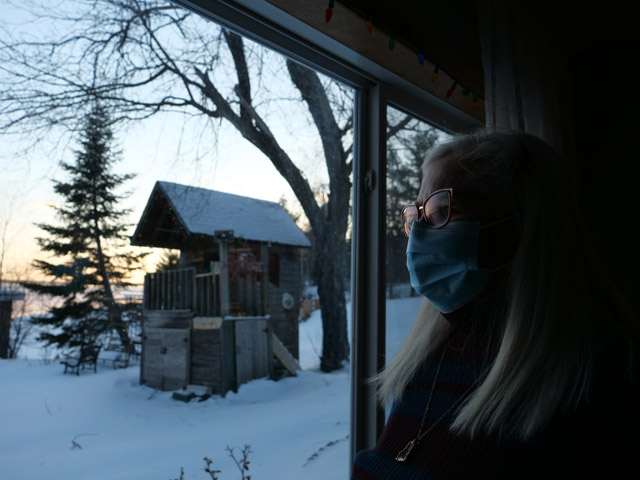 “Our water is the most precious thing, I believe, in this country right now. Because so much in the world is polluted. Just so much. And we can’t afford to take that risk. Because no matter what they do to try to make it safe, nuclear waste is not safe and will never be safe.”

— Sylvia Green-Guenette, who lives on the shore of Wabigoon Lake in Dryden. Despite being roughly as close to the proposed site as Ignace, Dryden won’t get a say in whether the project goes ahead. 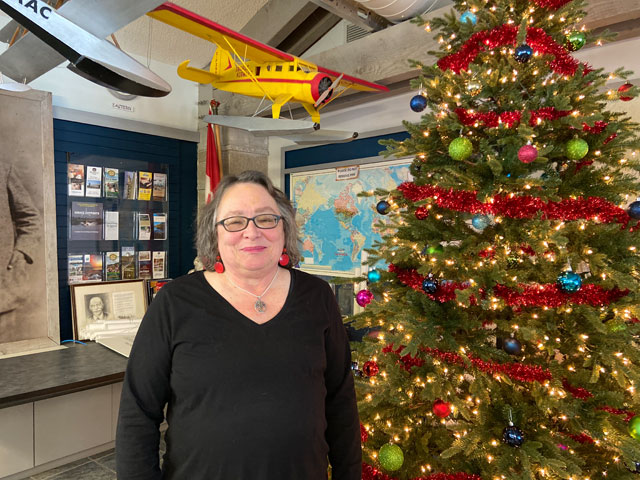 “I think the tourism, what brings people here to this area, is still gonna be there. It’s the forest, it’s the lakes, it’s the fishing, it’s the hunting, and it’s the people. And that’s what brings people here. And you know what, if the project was to come here to Ignace, and we have the centre of expertise here, that’s gonna be like an interpretive centre, that’s going to be a scientific centre, that’s going to be a place where scientists and engineers from around the world come to Ignace to look at the project. And they’re gonna be like me, they’re gonna fall in love with the community. And they’re going to want to bring their families here, and they’re gonna want to stay here, at least come back here. And I truly believe that.”

— Penny Lucas, mayor of the Township of Ignace, who’d previously sat on the project’s community liaison committee as a volunteer 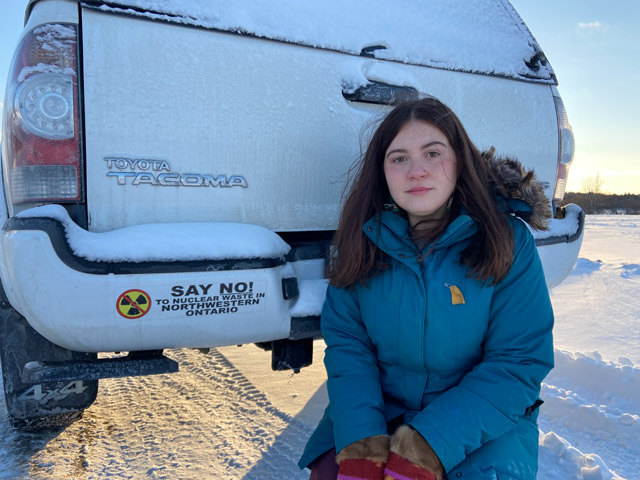 — Maya Oversby, a Métis university student who started attending community meetings about the repository in 2015, when she was 14 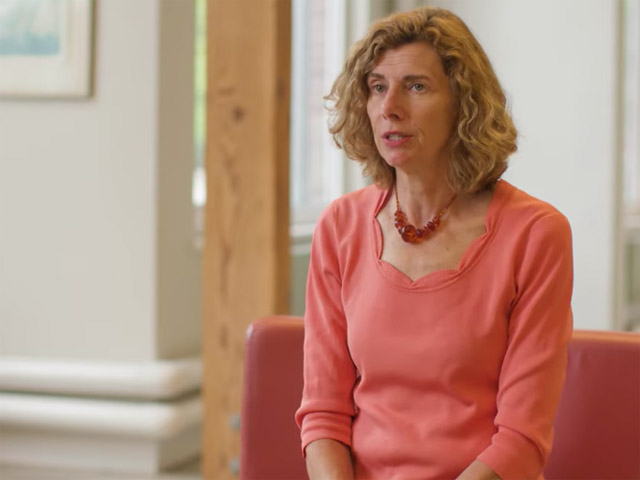 “The way to think about all of this stuff is in a relative sense. You can’t think in an absolute sense. So what are you comparing this to? What are you comparing a deep geologic repository to? You’re comparing it to leaving the material where it is right now, above ground. Which is riskier? In my view, it’s much riskier to leave it where it is: we don’t know that the institutions that ensure that we’re safe from it will continue. We do know that if they don’t continue, the containers that this material is in will break down, and it will get into the environment. And that will happen a hell of a lot faster than whatever would happen deep underground.”

— Allison Macfarlane, professor and director of the School of Public Policy and Global Affairs at the University of British Columbia. An expert in nuclear policy, Macfarlane holds a PhD in geology from MIT and chaired the U.S. Nuclear Regulatory Commission from 2012–14. 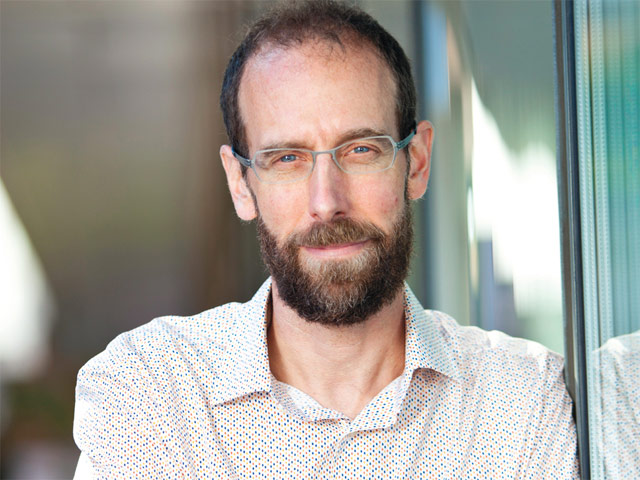 “I think there’s four big challenges for nuclear power: weapons proliferation, cost of reactors, reactor safety, and waste. And everybody you ask will have a different ranking of those. So for me, personally, I would put waste at the bottom, the least important of those four. But I taught a class in energy systems this year, where, at the beginning of the nuclear section, I asked people to rank them, and they ranked waste as the top. I personally would put weapons at the top. I think if we build out a lot of nuclear power globally, there’s no way to avoid the fact we make it easier to get a hold of weapons materials.”

— David Keith on the potential downsides of expanded use of nuclear energy. Primarily resident in Canmore, Alberta, Keith is also a professor of applied physics and public policy at Harvard and co-host of the Energy vs Climate podcast. 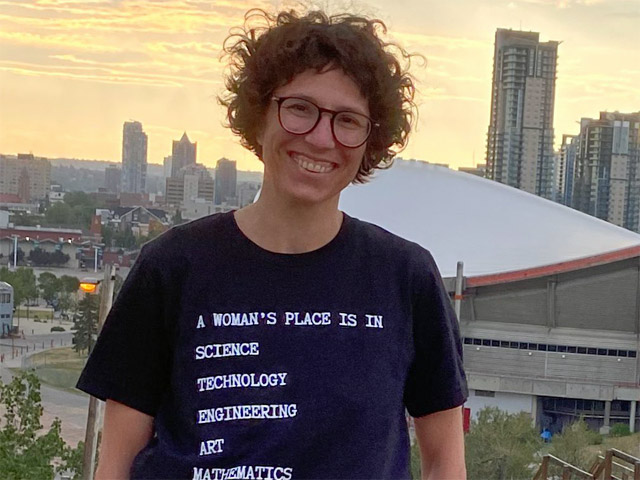 “It would be unfair to the nuclear industry to somehow imply that the problem of waste is a problem that they alone are failing to solve, when actually it’s other industries that are also failing to solve it — in some ways, even worse. In this relative assessment of risk, we shouldn’t say that the nuclear industry is doing so much worse at it — if anything, they’re probably doing measurably better. We know they are in terms of the direct impact, when you talk about the impact of putting particulates into the air from burning fossil fuels versus the negative impact from the nuclear power plants.”

— Sara Hastings-Simon on the disproportionate concern around nuclear waste. Hastings-Simon is a professor of physics and public policy at the University of Calgary and co-host of the Energy vs Climate podcast.

Lead photo, as well as those of Green-Guenette, Lucas, and Oversby, taken by Sarah Lawrynuik. Screencap of Macfarlane from a promotional video for UBC’s School of Public Policy and Global Affairs, portrait of Keith via Science, and pic of Hastings-Simon from her Twitter account.