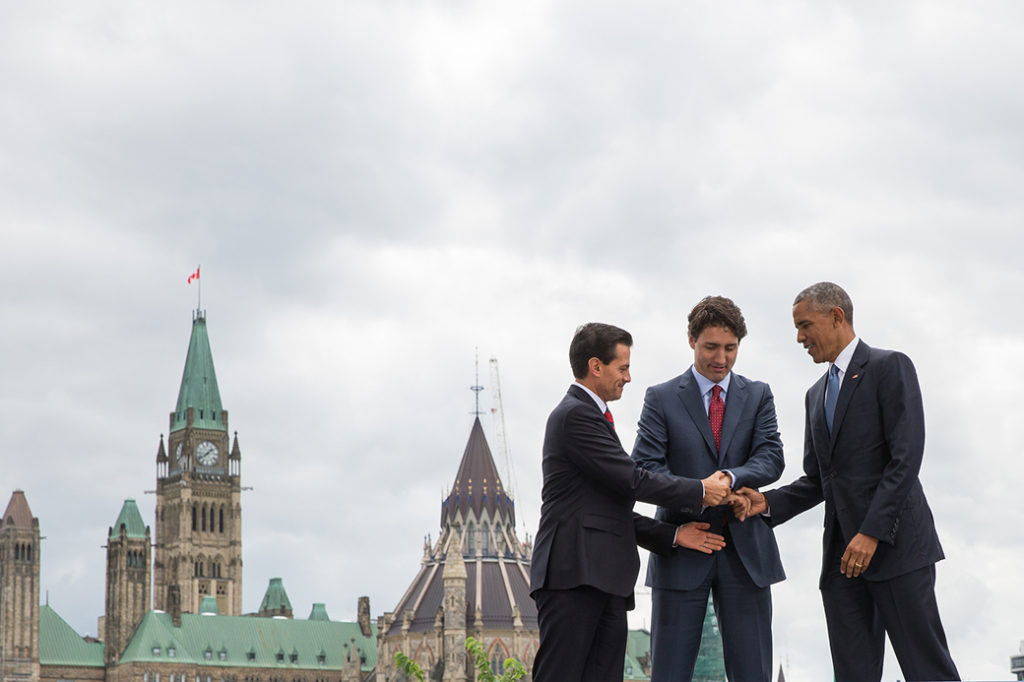 In Ontario, A VIP Health Program

In Ontario, if you’re important enough you can skip the line at the ER. But you have to be really important.

Prime Minister Justin Trudeau is important enough. Ditto for former prime ministers. Governor General David Johnston is too. Those are the Canadians who the Ontario Ministry of Health confirmed are on the list. Foreign dignitaries qualify as well. Presidents, prime ministers, emperors, and queens all fit the bill. Our own Queen and the royal family are among the short list who can skip the lineup in the ER.

“At the request of the federal government, the ministry’s Emergency Health Services Branch (EHSB) provides an administrative function with the co-ordination for dignitaries visiting Ontario (e.g. Heads of State),” according to ministry spokesman David Jensen. “This administrative function can be applied to both foreign and domestic dignitaries visiting Ontario. Domestic dignitaries include the prime minister and governor general.”

The federal government would pick up the tab for any medical treatment in most cases, a spokesman said. Anyone who didn’t qualify for OHIP would also be able to pay for any service they’d received. CANADALAND has asked whether the spouse and family of a dignitary also qualify. We haven’t heard back on that question, but we’ll update our story if we do.

Here at CANADALAND we’d heard whispers of this program for some time. In our reporting, many details persisted, but they were always brought to us second hand. The doctors and other health care sources we spoke to all told a similar story: Emergency rooms across the province would receive a call when a VIP was in the area, given a number to call if the VIP showed up, and encouraged to give them the fastest possible care.

It had also been talked about by a number of doctors and others on Twitter:

When retired politicians go somewhere in Ontario the OHIP VIP Department notifies ERs in the region. No waiting in ER for them! #onpoli

Many docs are speaking out against OHIP VIP program. Strange that @OmarYKhan, ex-Chief of MOH Staff, has "seen" nothing.#ONpoli https://t.co/zEadAUFLb2

Politicians have the OHIP VIP program to take care of them. These seniors just get a photo op @DrEricHoskins #onpoli https://t.co/wTmIW5dnul

But no one who had actually received one of these calls or emails would come forward. And those who did speak to us, on the condition of anonymity, had only heard of the notifications through private Facebook groups, online message boards, or by word of mouth.

To take this beyond just rumour, we had to confirm the program existed. Those we spoke to talked about a coordinator for the VIP program who would send out the emails. It’s not a job you can find anywhere in the Ontario government’s online directory, but we were able to confirm it did exist through the public testimony of a previous holder of the office.

Fred Rusk was the senior manager of the air ambulance division at the Ontario health ministry. In 2012, he gave testimony to the public accounts committee at the Ontario legislature, following an auditor general’s report on Ontario’s controversial ORNGE helicopter ambulance program. In his testimony, Rusk described his experience within the ministry [emphasis ours]:

Other than that, the only other involvement I had was the other job that I had with emergency health services, and that was that I was the VIP health services coordinator for the ministry. That was a wonderful experience that I had, preparing medical plans and working with the RCMP and the OPP and making plans and looking after, in certain cases, heads of state and the royal family.

There was also a name that kept coming up as the current coordinator: Michael Legros. When CANADALAND contacted him, he directed our questions to the communications department of the ministry. He wouldn’t say whether he was or wasn’t the coordinator. However, when asked whether there was a VIP program he said, “Yep, we manage that program here.”

So yes, a VIP program exists. But who qualifies, and how does it work? Prying these details from the ministry proved difficult.

At first, the ministry denied that any such program exists. Then we told them that their own employee had confirmed it. Only then did they concede the existence of an “administrative function,” rather than a “program,” that exists to provide emergency health care in Ontario to “dignitaries visiting Ontario (e.g. Heads of State).”

When we followed-up to ask if the program applied to any Canadians, they expanded the list to include “both foreign and domestic dignitaries visiting Ontario. Domestic dignitaries include the prime minister and governor general.”

They later expanded it once more, to include former prime ministers as well (but not MPs).

We asked if any other Canadians get access — spouses and families of PMs and GGs, but have not received an answer.

“Considering the potential threat associated with advance knowledge of a visiting dignitary to Ontario, the distribution of this information is co-ordinated with the federal government,” Jensen, the ministry spokesman, said. “Typically ambulance services and local hospitals are advised of visits of dignitaries and any specific health concerns are identified through a notification from the nearest ambulance dispatch centre.”

Because it’s a federal protocol, it’s likely there are similar programs and protocols in provinces across the country.

One thing didn’t check out, however. Legros wasn’t the coordinator of the program. Jensen said no single person was the coordinator. “This administrative coordination is done through the EHSB and is not handled by a single individual.”

There it was, a mythical health program said to give all manner of celebrities and politicians special medical access, brought to earth. A short list of dignitaries, both foreign and domestic, who get faster medical access in Ontario than you or I.