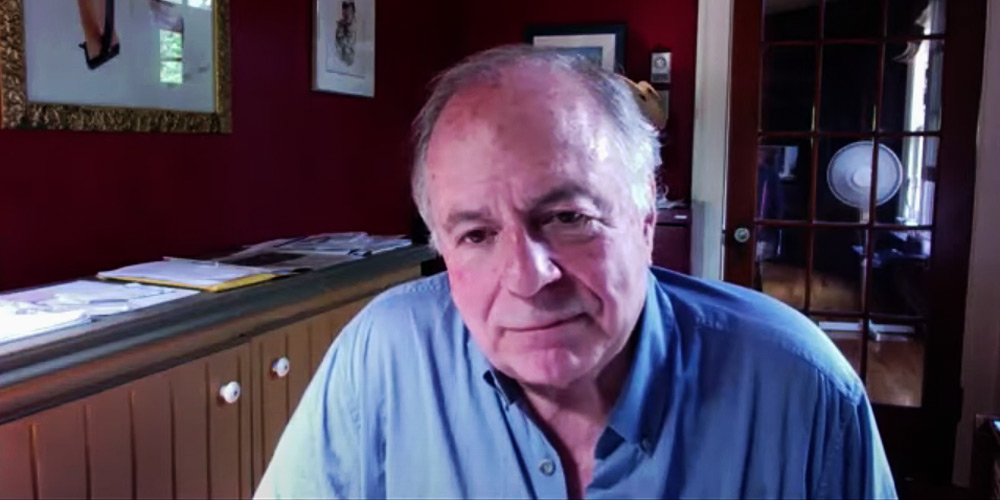 "If you're going to label me a conspiracy theorist, so be it," Paul Palango says. "Because I'm proving my story as I go along."
Article By CANADALAND
Share

On the one-year anniversary of the Nova Scotia massacre, The Globe and Mail published a feature that repeatedly described those questioning authorities’ official narrative of the events of April 18–19, 2020, as conspiracy theorists. And in a way, this was accurate: such skeptics regard the RCMP’s response to the killer’s 13-hour rampage across a significant swath of the province as having been so catastrophically inadequate that something other than, or in addition to, unfathomable ineptitude must have been at play.

Paul Palango, who until 1990 was a senior editor at the Globe, is among them. In the decades since leaving the paper, he has authored three books about Canada’s national police force. And over the past year, he has repeatedly uncovered details about the massacre that, at the very least, raise inconvenient new questions for which there have yet to be any satisfying answers.

Last week, he published a bombshell in Halifax’s Frank Magazine: audio and transcripts of 911 calls placed shortly after the start of the incident by three separate people (one of whom was killed moments later), who all described the killer as driving what appeared to be an RCMP vehicle — a crucial fact the Mounties maintained they didn’t first learn until many hours (and many deaths) later.

The backlash to this scoop was swift and fierce — but it was largely against Frank itself, a notorious tabloid in every respect other than its physical dimensions, known for what could charitably be described as its vigorous punching down against those who challenge the status quo. (The Halifax Frank is a separate publication from its better-known Ottawa “cousin,” which has been under distinct ownership since the late 1990s; the Ottawa one, however, did republish this “exclusive.”)

On this week’s CANADALAND, Jesse Brown speaks to Palango about his reporting and to Frank managing editor Andrew Douglas about the decision to publish the recordings and the response they’ve received.

Below is a condensed and edited version of his conversation with Palango:

Your bombshell story proves that the RCMP has been lying. Why do you think they’re lying?

Well, from the outset, I’ve seen this as a cover-up, because I’m informed by the stuff I’ve written and investigated for the last 25 years. I recognized it as soon as it started. I’ve been told by confidential informants along the way that they’re covering up things. I’ve been treated as a conspiracy theorist by most of the media and some of the public. But slowly but surely, I’m sort of unravelling this coverup. Whatever it is, we don’t know. But there’s something big they’re hiding.

There’s a pretty obvious explanation, isn’t there? Why are the cops lying about when they first knew that Gabriel Wortman was impersonating an RCMP officer? Because they fucked up. Maybe the 911 operators didn’t really make much of that detail, or maybe, if they did pass it on, the RCMP were embarrassed to tell people.

There’s something else going on. If you accept that they’re just trying to cover up this initial mistake and they’re embarrassed, well, that doesn’t fit with everything else in the story that has been sort of swept under the rug.

Well, that doesn’t explain why they didn’t attack the scene, why they lied about it at the beginning. They said, “Oh, we were down there sweeping, we did this, this, cleared people out of the house.” They didn’t go down for three hours to rescue those kids. They didn’t go on to that road where 11 people were murdered till the next day, but they pretended they were doing something else. They didn’t set up any roadblocks, even when they knew he was active and in a police car. They never did anything to get in front of him. So how do you explain that? You know, the whole reliance on Wortman’s girlfriend’s improbable, hoary story that she came out of the woods at 6:30 in the morning, and then she told them he’s in a police car. Why are they accepting that story?

Why are you having trouble buying the official RCMP line about his common-law partner spending the night in the woods?

You got to realize it was zero degrees out. She was dressed in a spandex top, yoga pants, no shoes and socks. No gloves, no coat, no hat, nothing. She says she was outside for eight and a half hours and hid in a tree hollow, or the root of a trunk, in the forest. Well, you’re barefoot; the forest there is just covered with rocks and moss. I could find no trees that she would fit in. How would you find that tree in the dark? She had all her fingers and toes at the end. She says she and Wortman had a virtual party the night before to celebrate their 19th anniversary and that people on the other end of the line in Maine made a comment that [set him off]. Well, deep down in one of the court documents released recently, there’s one paragraph that states an FBI officer in Maine went and checked all that out and could find no proof of a virtual party.

The speculation has been that Wortman was an RCMP informant, largely based on a large cash withdrawal he made at a Brink’s outlet, which is consistent with how RCMP informants have been paid in the past. And because he’d had a traffic violation that makes no sense to a lot of people based on where it happened. Those are the two points that I’m aware of lending to this theory that he was working with the RCMP, but they’re hardly conclusive.

Early on, the police put out a search warrant, and they blacked out one word: they said they were seeking guns, ammunition, chemicals, and something blacked out. The blacked-out thing was grenades. There’s a witness who told the police that Wortman had two cases of grenades that he smuggled from the United States. Well, who has grenades? Who uses grenades in this day and age? Why would a denturist have grenades? And if you look at the search warrants in outlaw biker investigations in the region, one of the things they’re looking for are grenades. So why would Wortman allegedly have two cases of grenades, and they’re looking for bikers having grenades? That suggests to me that there’s something else going on here.

The commission that’s supposed to be looking into this has denounced you for revealing the truth about the RCMP lie.

Everyone has argued from the beginning, “We want transparency.” The RCMP says, “We’re going to be totally transparent.” The commission says, “We’re going to be very sensitive, and we’re going to do this in a trauma-sensitive way. We’re going to get to the bottom of this.” And as soon as you show them transparency, they’re saying, “Holy shit, hide that. That’s not what we wanted.” Well, that’s the bonafide truth. So part of the problem is when you have journalists saying, “Oh, well, you know, leave this up to official sources.” The problem is, as you can quite clearly see in this one story alone, that there are serious problems with the independence of everyone involved. Everyone is working together.

I don’t know if they’re working together, but they’re all kind of on the same page.

Top screencap of Palango from his July 29, 2020, appearance on The Herle Burly podcast.