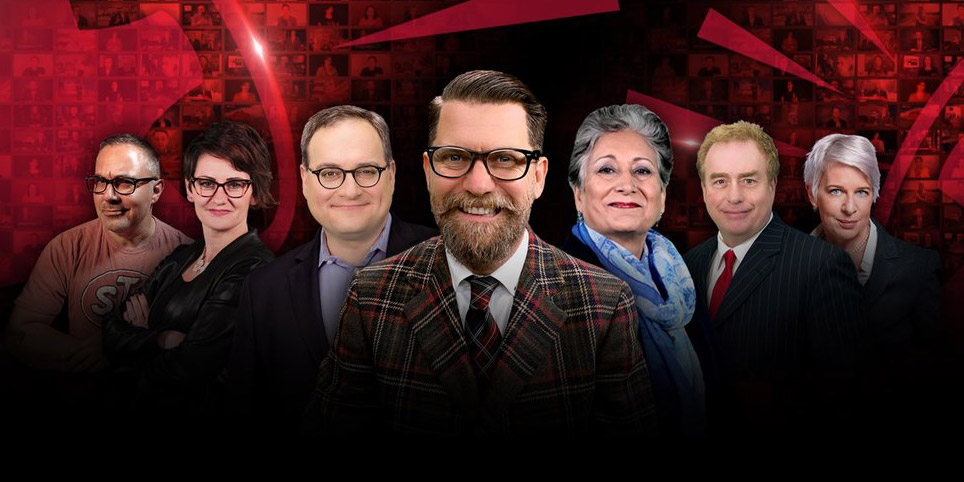 By August 2017, Gavin McInnes’s hard work had paid off. The New York-based Canadian co-founder of Vice had spent the previous two years growing a fan base through incendiary videos for Compound Media and The Rebel — but thought he had finally found a path to a Tucker Carlson-like level of mainstream acceptance.

“We tried to keep him,” Rebel head Ezra Levant said at the time, of the man responsible for a big chunk of his outlet’s YouTube traffic, “but he was lured away by a major competitor that we just couldn’t outbid.”

That competitor was Houston-based CRTV, which canned McInnes last December following its merger with TheBlaze. By that time, the FBI had taken an interest in at least some of the members of the far-right Proud Boys gang he founded, and perhaps an association with McInnes would’ve been too much for the new company. The Southern Poverty Law Centre calls the Proud Boys as a “hate group,” a designation over which McInnes is now suing, despite having ostensibly stepped back from the club.

Please share this video. People need to understand how dangerous Gavin McInnes and his gang the Proud Boys are.

Notify his employers @CRTV and @FoxNews. Maybe we can prevent him from getting someone else killed. pic.twitter.com/zp0VBrmciR

But few things are too much for The Rebel, which has prided itself on snapping up castoffs too toxic to work elsewhere, such as Katie Hopkins (ex-Mail Online), Mark Latham (ex-Sky News Australia), and Sebastian Gorka (ex-Trump White House), none of whom lasted more than a year. Last week, they brought aboard Janice Atkinson, a Member of European Parliament who in 2015 was expelled from UKIP for bringing the party “into disrepute.”

And so as first reported by Mediaite, McInnes is now back at The Rebel, where he is presumably free to resume sharing his wide-ranging theories about Jews, this time as his “SJW” alter-ego “Miles.”

McInnes had remained “a friend” of The Rebel following his 2017 departure and was scheduled to speak at its June 2018 Rebel Live event but was quietly dropped from the bill not long after this super-cut was assembled:

Gavin McInnes has been removed from the Rebel Live lineup: https://t.co/JF13Jo8IN7 pic.twitter.com/K5LE3pTp2S

As of this posting, McInnes’s “10 Things I Hate About Jews” video remains scrubbed from The Rebel’s site.

Top image: the original banner for the June 2018 Rebel Live event, before McInnes was removed from the bill.