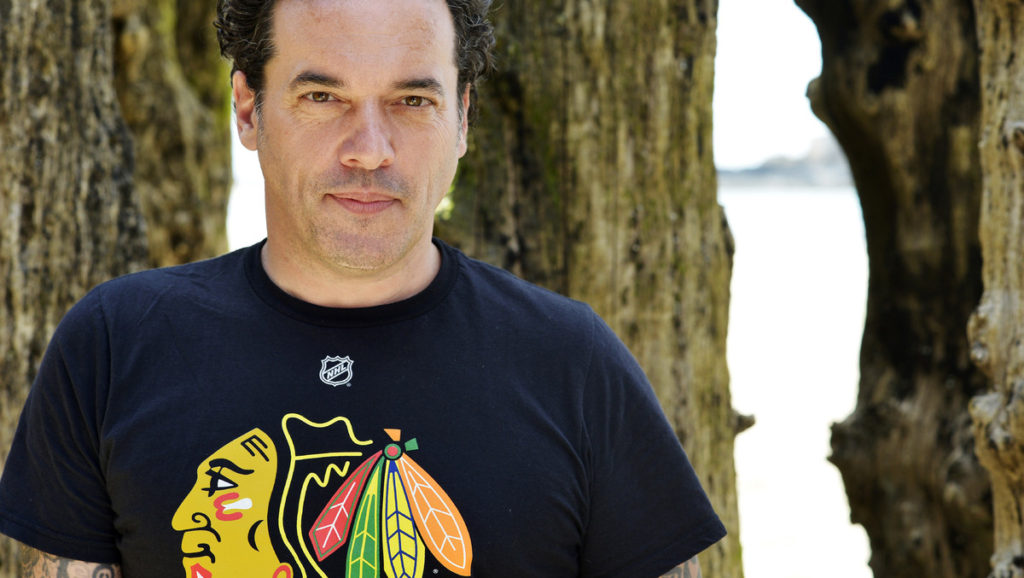 EDITOR’S NOTE: APTN questioned Joseph Boyden’s claim to Native ancestry in an investigation posted to their website Friday headlined “Author Joseph Boyden’s shape-shifting Indigenous identity.” Boyden did not agree to an interview by APTN reporter Jorge Barrera, instead requesting they participate in a sharing circle. Boyden also provided a written statement to APTN defending his claims:

“Over the last few decades I, along with some siblings, have explored my family’s heritage. We’ve uncovered and traced a fascinating and personal genealogy, a genealogy often whitewashed of our Indigenous ancestry due to the destructive influences of colonialism…. While the majority of my blood comes from Europe and the Celtic region, there is Nipmuc ancestry on my father’s side, and Ojibwe ancestry on my mother’s.”

Robert Jago was one of the researchers who found evidence to question Boyden’s claims to Indigenous ancestry.

CANADALAND asked Jago to expand on a number of his tweets. His piece follows.

Two days ago I was given the opportunity to guest host at the Twitter account @IndigenousXca; it’s a shared account that each week is hosted by a different First Nations person. It’s a larger and more influential audience than I’m used to, and I chose to use it to bring out into the open what a lot of us Natives have been saying about Joseph Boyden privately, that we question his Native identity. What led many of us to think this is that the way in which Boyden has described his indigenous background is confused.

On his Speaker’s Bureau Profile, where you can hire Boyden to give his signature speech titled “The Aboriginal Experience”, Boyden is described as Metis, an identity he also claimed when he won the 2005 McNally Robinson Aboriginal Book of the Year Award and its $5000 prize. At Carleton University’s Voicing Aboriginal Stories conference, Boyden was described as Ojibwe. To CBC Aboriginal, he presented himself as Anishinabe and Nipmuc. APTN’s Jorge Barrera dug into Boyden’s lineage, and found nothing to substantiate any of these claims.

I've prepared a video to explore this issue some more. 30 pic.twitter.com/bMvrjTgKP8

Boyden first came to my awareness a few years ago when I was dating a native woman named who shared a name that appeared in Boyden’s work.* This woman is a brilliant, and driven, PhD student in a field that Boyden effectively colonized with his loose retelling of the stories of Kateri Tekakwitha and Jean de Brebeuf.

Through her I got to see the Boyden effect up close. Boyden is very prominent, and a darling of Non-Native Canada. When he takes on a topic of importance to First Nations people, he drowns out other indigenous voices. For her it meant seeing herself and her work disappear from internet search results, replaced by Boyden’s work; work which Native writers such as Hayden King have criticized for their tired stereotypes of First Nations.

What brought me back to him and the issue of his identity was a tweet by Margaret Atwood in late November:

Confirmed @josephboyden that Steven Galloway is #indigenous + was adopted. @ubcaccountable Well known but not so far mentioned in the convo

That tweet, bestowing indigeneity on former UBC professor Steven Galloway was part of her response to the controversy surrounding the letter that Boyden, a former UBC instructor, wrote in Galloway’s defense (covered by CANADALAND in more detail here). Galloway was fired after an investigation by UBC over claims of sexual impropriety.

I found that tweet to be literally, shout-at-the-screen enraging. In part because of the low regard it showed for First Nations people (was he assuming that we would overlook sexual harassment because the accused was “one of us”?), but more because Joseph Boyden seemed to have given himself the right to hand out “#indigenous” identity to whomever he pleases. Instead of treating it as a valuable inheritance that our parents and grandparents suffered and fought to maintain, Boyden trivialized it and cheapened it.

Many others were upset too:

It seems like @MargaretAtwood is trying to make some weird lateral violence argument? (it's not rape culture/sexism if he's indigenous?)

Fuck you, Atwood, and fuck you, Boyden. I am so absolutely done with you both.

Following that controversy, Native people started more actively sharing information on Boyden and his background — working to answer the question: “what gives him the right?” It’s from that research that I discovered “Injun Joe.”

There is no shortage of people who play Indian for notoriety. Grey Owl, Ward Churchill, and countless figures throughout history. For every white family that had a great grandma with high cheekbones, there was someone to spread the news that she was secretly a Cherokee Princess. The phenomenon was so widespread that in segregationist Virginia they had to amend their “racial purity” laws to add the “Pocahontas exception” which saved “good” white people from being lumped in with the “coloreds” and discriminated against just because they had a mythical Indian Princess in their distant past.

What native impersonators like Grey Owl and Ward Churchill shared, besides a love of feathered head gear, was a persona very similar to Boyden’s. That is to say, dour, and focused exclusively on grievance and tragedy. Look at Boyden’s Maclean’s articles about First Nations, and you’ll see that it all fits into the 3-D (drum, dead, drunk) stereotype. Contrast Boyden’s public persona with his equally safe but unquestionably Native equivalent, Wab Kinew’s. With Kinew you see more love of culture and people than focus on grievances.

Less dour, but still reflecting the Indian stereotypes of his era, Injun Joe, AKA Erl Boyden, was a figure in the same vein as Grey Owl. He impersonated a Native in Algonquin Park in the 50s. Working from a teepee, under a sign that said ‘Ugh Indian Souvenirs’, Erl Boyden was eventually confronted by Macleans who did a lengthy expose on him titled “The Double Life of Injun Joe”.

The article showed Erl disparaging Canadian First Nations, admitting he had no Native blood, and laughing at the people who “Idiotically” took him for a real Native.

Erl’s lack of Indian blood was cited again in the reports of his trial. One day, while playing Indian in his teepee, Erl accidentally shot and killed a tourist, an event the tourist captured on film:

“Then the tall figure of Injun Joe … emerged from the trading post and slowly placed an Indian War bonnet on his head.… Slowly Injun Joe raised the rifle to his shoulder and at the second that the rifle was pointing straight at the movie camera the film broke into a white splotch and it was all over” —The Ottawa Journal, August 1, 1956

Erl is a person that Boyden said he was inspired by, both by his traditional lifestyle and his love of travel and adventure. Erl’s past as Injun Joe had an early and lasting impact on the Boyden family.

“The [Boyden] family also owned an uncle’s war bonnet, and whenever kids in their suburban Toronto neighbourhood played cowboys and Indians a Boyden usually wanted the Indian part.” —The Walrus, April 17, 2014

As he’s on his father’s side, Erl is described by Joseph Boyden as either Ojibwe, Mi’kmaq, or Nipmuc. However, in every article on Injun Joe and in admissions by Erl himself, he had no Native blood whatsoever. I know some people might say that he chose to hide his Native blood because of the racism of the era, to those people I would say: the man lived in a teepee.

If Joseph Boyden had confined himself to being the official “Indian Friend” of Prime Minister Justin Trudeau and George Stroumboulopoulos, we wouldn’t be discussing this now. But when he took it upon himself to cheapen an identity that he may have a tenuous or non-existent claim to, then we find ourselves forced to demand that Boyden clear up his inconsistencies and prove that he has the right to speak for us.

In the “Reconciliation” Era, Boyden has taken on a very prominent role. The path that he proposes for Reconciliation isn’t one I would choose, and before Non-Native Canadians latch on to it, they should find out if it comes from an actual Native, or from a fabulist.

*EDITOR’S NOTE: We removed a name from the story as the person mentioned preferred it was kept private.