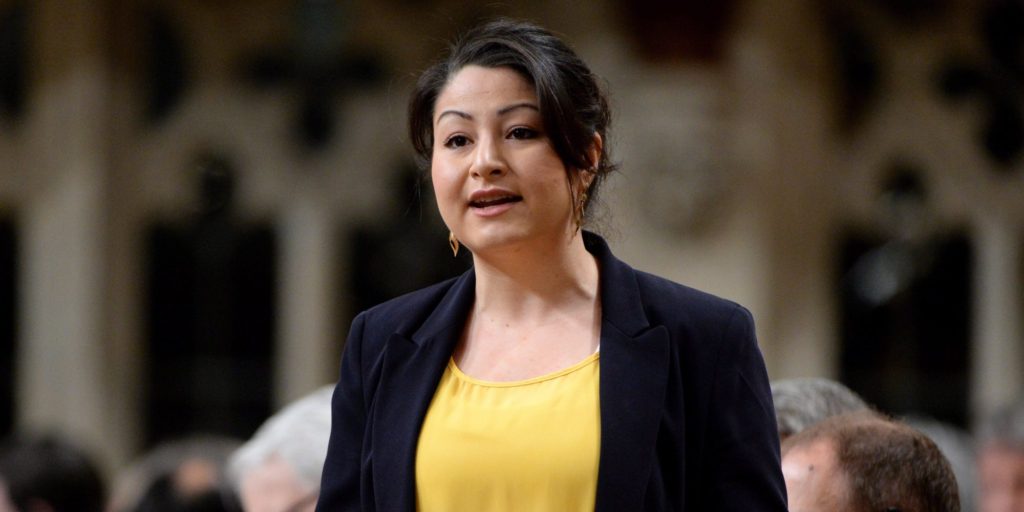 BREAKING: The Globe and Mail learns that refugee claimants fleeing from conflict zones have more complicated histories than those who have settled in one peaceful state for centuries.

Last week, the Globe reported that the Peterborough Member of Parliament, Maryam Monsef, was born in Iran, not  Afghanistan like  her mother led her to believe. This was promoted by some outlets as a sort of earth-shattering revelation, with undertones that maybe, just maybe, she knew about it all along and chose to say nothing for political gain. But the Globe’s report has a lot less of an impact on Monsef’s so-called “political narrative” than the tone of the coverage would lead you to believe.

While breaking the story, Robert Fife wrote, “This revelation contradicts a key narrative that Ms. Monsef has built ever since she entered public life as a local politician in Peterborough, Ont., and when she ran for Parliament in the 2015 election.”

The Toronto Star’s Tonda MacCharles wrote, “The dramatic life story and political narrative of the woman hailed as Canada’s first Afghanistan-born cabinet minister, Maryam Monsef, shifted dramatically,” later adding that Monsef’s attempt to clear up the confusion was instead a “process of incorporating the newly revealed details of her background into a revised political narrative.”

But Monsef’s “narrative” has hardly changed since the revelation. It’s still true that she:

The only difference is that Monsef was actually born about 200 kilometres from where she thought she was, and only because her family was fleeing violence.

Monsef wrote in a statement that her mom didn’t tell her the truth because “she did not think it mattered. We were Afghan citizens, as we were born to Afghan parents, and under Iranian law, we would not be considered Iranian citizens despite being born in that country.” The plight of Afghan refugees in Iran is well-documented, and the conditions they endure make Monsef’s story a far cry from some elaborate hoax.

Going beyond the specifics, though, Monsef’s case is not unique. Much has been written about the lost personal histories of Afghan refugees in particular. The executive director of the Canadian Council for Refugees, Janet Dench, told The Canadian Press, “Constantly you hear stories of how people, as they’re growing up, the veil is lifted on certain things and they realize that certain parts of what they’d been told may have been to protect them.” She added, “Seems to me that’s part of the refugee experience.”

Yet the Globe article — and many others — failed to make this clear. There were no interviews with scholars, experts, or even refugee organizations which could have contextualized Monsef’s story. The result was that Monsef’s case was inaccurately portrayed as a unique form of deception, instead of an unfortunate but overwhelmingly common by-product of migration.

This failure to contextualize is especially troubling given that xenophobic fear-mongering is becoming the norm. Monsef has already faced a vitriolic response with critics, connecting the dots the Globe report put in place, calling her a professional victim, and former Peterborough MP, Dean Del Mastro, claiming she “scape goated [sic] her mother.”

Politicians have also jumped in, with Michelle Rempel, a Conservative MP, using the opportunity to criticize Canada’s immigration system, and giving credibility to journalists who promote bizarre conspiracy theories that undesirable Muslims are getting into the country and slowly taking it over.

Journalists can’t control the reaction their story garners but they also aren’t oblivious to the backlash stories will create. The Globe article was irresponsible journalism, which has served as a cheap political point for xenophobes across the country.