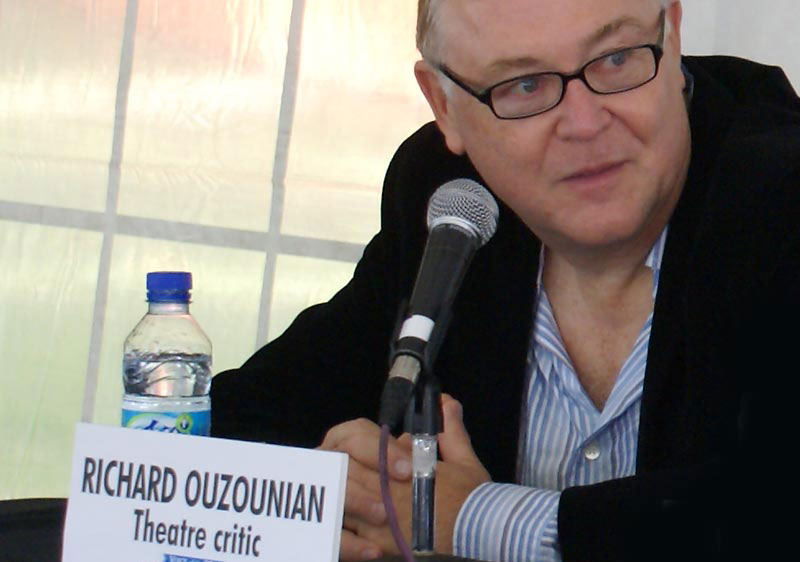 On Dec. 21, the Toronto Star’s veteran theatre critic Richard Ouzounian retired after 15 years at the paper. Three weeks later, on Jan. 9, the Star ran a full-page advertorial for Mirvish Productions with Ouzounian’s byline.

Mirvish is the biggest commercial theatre production company in Canada. Their two–article advertorial featured Gaslight, a play the Star also reviewed two weeks after the advertisement ran. Ouzounian’s byline was on both of the ads. The words “advertising feature” appeared in small letters at the top of the page.

Three weeks after the Star’s theatre critic retired, Mirvish advertorial written by him appeared in its A section: pic.twitter.com/UeXVrwRqaT

This was by no means the first time Ouzounian has written about a Mirvish production. Among his final reviews for the Star were Cinderella (which he gave 3.5 out of 4 stars), Come From Away (which he called “a triumph”), and Phantom Of The Opera (for which he wrote a scathing review of, but gave 2.5 out of 4 stars). All of them were presented by Mirvish. Ouzounian has since also written for the Star in a freelance capacity as an editorial contributor.

Ouzounian also failed to disclose his personal connection to Phantom in his final review of the musical. He wrote how much better Harold Prince’s production was but did not mention he worked as Prince’s assistant in the late 90’s.

Ouzounian: “The Mirvishes have said that a really good review from me could mean up to seven figures more revenue.” https://t.co/6xn2mzGGUI

We reached out to the Star, Mirvish Productions, and Ouzounian for comment but nobody responded. We will update the story if they get back to us.

Ouzounian’s extensive, 40-year theatre career is not without controversy. During his tenure as critic at the Star, he kept working in the theatre but didn’t mention personal connections in his reviews. His involvement was with Talk is Free Theatre in Barrie, Ont. where he sometimes wrote and directed plays. Canadian playwright Brad Fraser has been a critic of Ouzounian’s, saying he often got personal in his writing.

Hack R. Ouzounian has finally cut out the middle man and is now being paid directly by producers for fake reviews. pic.twitter.com/QYrzLUlb1v

In an interview on TVO’s The Agenda, Ouzounian said he reviewed hundreds of plays and many in the community saw him as a respected and influential figure.