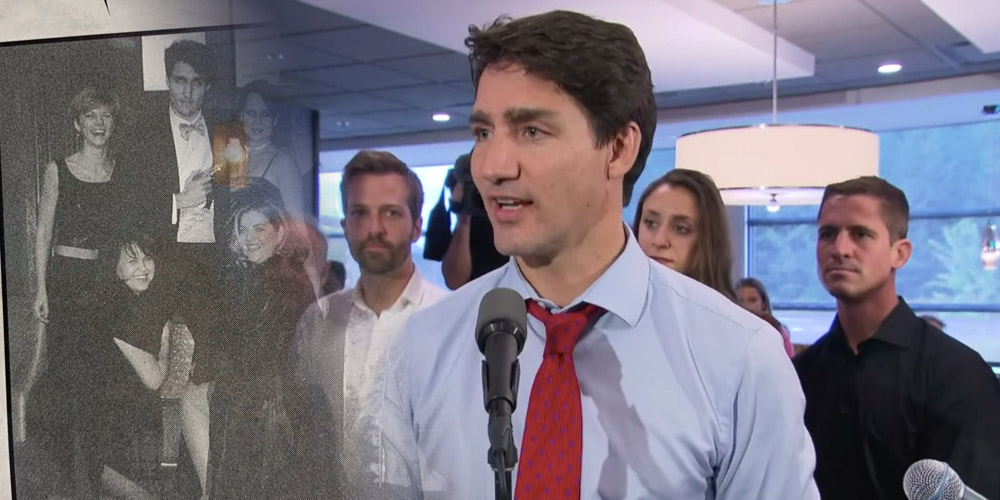 Rumours Of A Suppressed Globe Story About Justin Trudeau Are Bullshit

It’s a bit funny that there has been so much fear over a Russian disinformation effort in this election, given that Canadians seem perfectly willing to churn out disinformation all on our own.

In recent weeks, rumours and innuendo have swirled suggesting that The Globe and Mail has been working on a hot scoop about Justin Trudeau’s departure from West Point Grey Academy, the Vancouver school he worked at in his late 20s.

It’s at that school where Trudeau donned brownface in a shockingly racist display — the academy’s 2000-01 yearbook is what broke the story wide open.

But many have begun peddling a whole other scandal out of Trudeau’s time at West Point Grey.

Plenty of the chatter is just the usual drone of social media — anti-Trudeau denizens of Twitter and Facebook swapping speculation and untruths.

That baseless nonsense, however, has been finding ways to break through.

Ottawa-based Frank Magazine, a noted gossip rag, suggested that Trudeau’s exit from the school may have been due to an affair with a student’s mother — but introduced that info with “Another account has it that…” without any kind of sourcing.

Then former Liberal Warren Kinsella began teasing on Twitter some big Globe scoop that would supposedly get to the heart of the story. That, in turn, only ramped-up the wild-eyed online myth-making.

I always encourage people to read @TheTorontoSun, Naturally,but they might also want to read the @globeandmail tomorrow too. My Spidey sense is tingling.#elxn43 #cdnpoli pic.twitter.com/vLzMnHiB6a

Blogger James DiFiore — one of few people in modern history to be convicted for voting multiple times in a Canadian federal election — took it into another realm, claiming it was a teenager that Trudeau had slept with.

Then more wackiness from the wider peanut gallery: That there’s a conspiracy afoot. That there’s a non-disclosure agreement. That Trudeau took the Globe to court to block the story.

It all culminated in a Conservative Party press release sent to journalists on Monday afternoon, just ahead of the official English-language leaders’ debate.

The release took a very we’re just asking questions tone, but was a huge wink-and-nod to the swirling absurdity. “Why did Justin Trudeau leave West Point Grey Academy?” the release asked, obtusely. “What’s the real reason? Why has his story changed so many times, and if the above reports are incorrect, why hasn’t Trudeau corrected the record?”

All this, which presupposed an awful lot, only exacerbated the issue. Soon Kinsella was sharing it, adding: “The question isn’t going away.”

On Monday, the Conservative Party also registered westpointgreyacademyscandal.ca — though there’s nothing at the domain and the registration has since been anonymized. (Liberals were left wondering if it was meant as a psych-out campaign before the debate.)

Then The Buffalo Chronicle, a noted fake-news site which Canadaland has reported on previously, relished in the opportunity. “Sources are now telling The Chronicle that Trudeau is in private talks with the principal source of that piece to suppress explosive sex allegations that, if made public, would likely force Trudeau to resign his office,” they wrote.

The trouble with this is that it’s all bullshit.

Let’s start with the Globe: journalists there had been looking into the reasons behind Trudeau’s departure from the school. But they didn’t find anything nefarious.

Reporters at the paper have been confused, for weeks, about this rumoured story.

At a press conference late last week, Globe reporter Marieke Walsh asked Trudeau about what she described as “unfounded rumours” about why he left. “I moved on,” Trudeau said. He was also asked about whether he signed a non-disclosure agreement. His answer, simply, was “no.”

Two well-placed sources at the paper tell Canadaland that, yes, there was an investigation into why he left the school — but that it failed to turn up any evidence of an alleged affair. There was no court injunction, no gag order.

Even the premise of the idea that the courts got involved is wild — while a judge could, in theory, bar a newspaper from reporting such a story, it couldn’t make secret the fact that it heard the case. Trudeau v. The Globe and Mail would be on the court dockets. It isn’t.

The Liberal Party has also told Canadaland categorically, no, there is no court action of any kind against the Globe.

So what’s the real story?

In his 2014 book Common Ground, Trudeau wrote that he left West Point Grey over a dispute around the student paper, of which he was in charge. A student took a pointed stance in its pages, earning reprimand from the administration — which also shut down the paper itself. “[That] convinced me that West Point Grey was not the best fit for me as a teacher, nor I for them. Shortly after, I took a teaching position in the Vancouver public school system,” Trudeau wrote.

It’s a Sorkin-esque stand on principle that sounds a bit contrived, but it’s actually backed up.

In his 2017 unauthorized biography of Trudeau, writer Alan Hustak largely reinforced the story, but in a slightly less flattering light. Turns out the offending article, which Trudeau signed off on, “savaged” an English teacher at the school. Hustak, citing former headmaster Clive Austin, wrote in Magnetic North that Trudeau himself also got reprimanded for putting the paper out. “Justin advanced the argument that his students had the right to ‘free speech.’ Austin didn’t buy it. West Point Grey released Justin from his contract.”

Austin put out a statement last week amid all this mess.

“I recall the day that Justin visited me in my office near the end of the 2000-2001 school year and told me he had enjoyed his first few years of teaching, yet was considering a return to Montreal,” the statement read. It added that “we parted company on good terms.”

For at least two weeks on the campaign, we’ve been hearing murmurs about this, culminating in colleague @MariekeWalsh asking Justin Trudeau a question today. Now, a statement from the former headmaster at the Vancouver private school where Trudeau taught. #elxn43 pic.twitter.com/oi5zvtrBvA

Justin Ling writes regularly for a variety of Canadian publications and is the co-host of Canadaland’s OPPO podcast.

Updated on October 8, 2019, at 5:35 p.m. EDT to include information about the westpointgreyacademyscandal.ca domain.