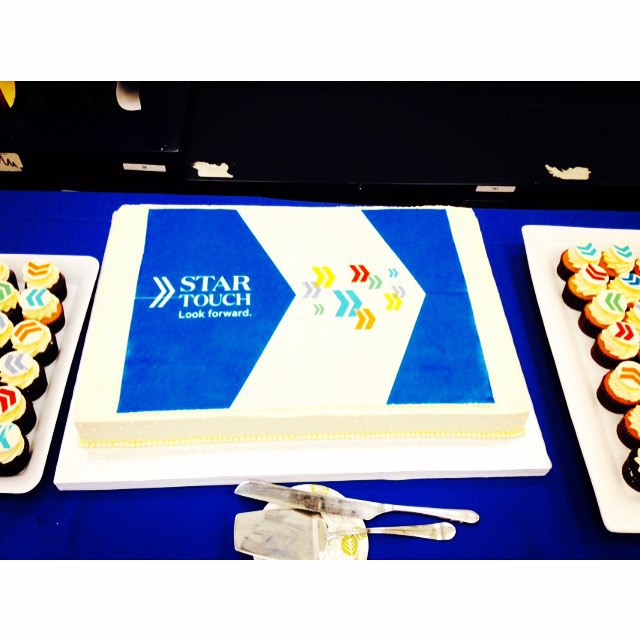 Thirteen Toronto Star employees have been laid off today, CANADALAND has confirmed. In a memo to staff, editor-in-chief Michael Cooke said ten tablet employees and three digital employees will be leaving the company in light of the Star closing its print centre. The Star will also be outsourcing customer service and administration work, which will affect about 15 staff according to an email send to the newsroom by publisher John Cruickshank. The memos are below.
By Jane Lytvynenko
Share

Thirteen Toronto Star employees have been laid off today, CANADALAND has confirmed. In a memo to staff, editor-in-chief Michael Cooke said ten tablet employees and three digital employees will be leaving the company in light of the Star closing its print centre. The Star will also be outsourcing customer service and administration work, which will affect about 15 staff according to an email send to the newsroom by publisher John Cruickshank. The memos are below.

This story is developing, send info to editor@canadalandshow.com

By now you will have heard that the company is closing the print centre and has announced a new voluntary severance program.

Jobs are being cut in a number of departments and I’m sorry to say that our newsroom is also affected.

Thirteen people will be departing: 10 from the tablet team, three from digital. Twelve of the people losing their jobs are on temporary contracts that are being ended earlier than originally scheduled. The other person will (along with Unifor) receive formal notice under layoff provisions of the collective agreement.

Many outstanding employees – in our newsroom, the press centre and elsewhere in the company – will be leaving, sadly. There is no way to put a positive face on that, but I can tell you that I am admiring and grateful for the contributions of our journalists who are leaving, and I am deeply sorry to see them go.

These job losses are obviously related to the challenging economic realities in which we operate. I’m sure you read all the newspaper industry stories I read about what has happened, what is happening, and what will happen in the next year or two. Growing our digital operation in 2014-15, and launching Toronto Star Touch last fall, were moves we made with a degree of experimentation and uncertainty about what was needed in the marketplace and what the revenue impacts would be. Digital revenue continues to be a work in progress for virtually every media company, but we have had some success on the web and we are seeing a steady and encouraging increase in the number of Star Touch users. And as we anticipated would happen, tablet production has become more efficient each week since the launch.

While the audience for Star Touch keeps growing, achieving long-term success will take time. We will continue to refine and improve the product, while also adapting to new production schedules necessitated by the closing of the printing centre. We have begun reviewing the ramifications of that change, including the impact on some newsroom deadlines, and I will provide more information as fast as I can.

HR will distribute an information package on the Voluntary Separation Program (VSP) on Monday. While the program is formally open to employees represented by the Guild only, I encourage any non-union newsroom staff to come forward if you are interested in considering the program.

As part of the continued evolution of the Toronto Star, we are today announcing a series of changes to improve the quality of our print product and reduce the cost of operations.

Earlier this morning, we advised staff at the Vaughan Press Centre that the Toronto Star has entered into an agreement with Transcontinental Printing to print the Star. Services are expected to commence in July, 2016. Printing operations at Vaughan are expected to cease then, affecting about 220 full-time and 65 part-time staff. The Star has commenced discussions with unions representing the affected employees to develop a transition plan.

This decision was taken following a comprehensive, multi-year review of printing options for the newspaper. This review considered a series of options, including maintaining printing operations at Vaughan, building and operating a smaller printing facility, and outsourcing printing to a third party. In the end, the business case led to a clear conclusion that outsourcing printing to Transcontinental and decommissioning the Vaughan facility is necessary to improve the production quality of the newspaper and to reduce the cost of printing.

While successful for 25 years, the Vaughan printing facility is now too large and expensive to continue operations in light of the difficult market conditions we face. The Vaughan presses are aging and it would eventually require a significant amount of money to replace or refurbish them. Transcontinental’s newer, high-quality presses will result in a dramatic improvement in the reproduction quality of the paper.

Unfortunately, the decision will also mean we will be saying goodbye to our long-time printing plant employees. The tremendously talented people working in our printing facility have had a long record of success over the years in printing the Star.

The Toronto Star is also announcing today its intention to outsource customer service and administration functions performed in the Circulation Department, affecting approximately 15 staff. We have today advised Unifor of that intent. We will be providing the union with the details of our business case for this decision and will seriously consider any alternatives the union may wish to present. We hope to conclude that process quickly so the affected employees have a sense of certainty regarding the future.

Editorial and Other Departments

The Toronto Star is launching a Voluntary Separation Program (VSP) for Star employees represented by Unifor. Details will be provided on Monday in a separate communication to eligible employees. Employees represented by Unifor in the Star’s editorial, finance and syndication functions are eligible to apply if they meet the program terms and conditions.

In addition, a number of other staff, both union and management, have been advised that their roles are being eliminated due to changes in business conditions. These include roles in the newsroom and other areas of the company.

These decisions are being made because of the very challenging market conditions that are affecting the Star and other media organizations. They represent our continued commitment to the Star in print while we also continue to expand our digital footprint through thestar.com and Toronto Star Touch.

On behalf of the executive team I want to thank all members of the Star’s staff for their continued commitment and dedication in these challenging times.