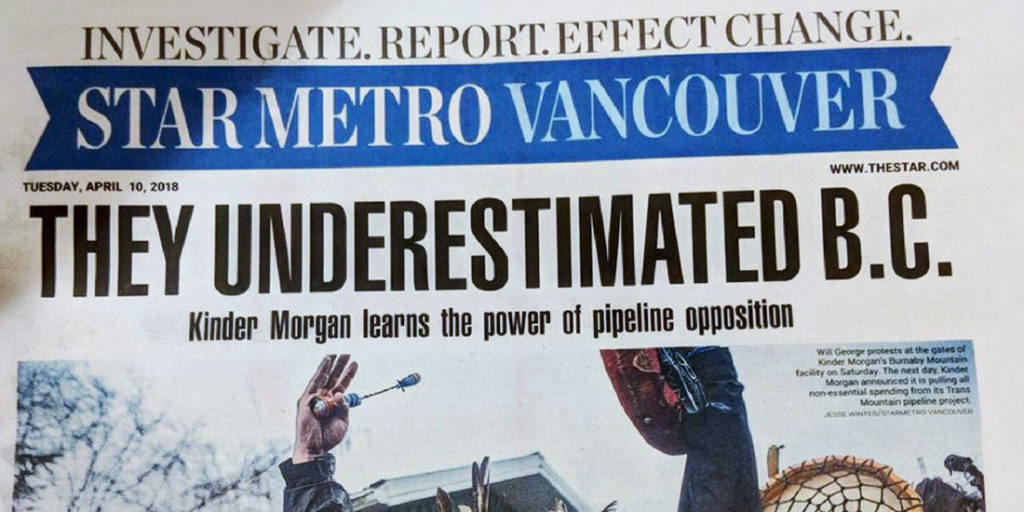 StarMetro Vancouver Has A Union, But Not A Contract

A band of reporters at the StarMetro Vancouver newsroom have unionized, and wages are a sticking point in negotiations with parent company Torstar.

A group of 12 reporters at the free daily quietly unionized with Unifor Local 2000 in June of 2018, just two months after the Metro (R.I.P.) tabloids in Vancouver, Calgary, Edmonton, Toronto, and Halifax were rebranded as StarMetro, and the editions in Winnipeg and Ottawa were shut down.

In addition to embracing the blue ribbon branding of the flagship Toronto Star, the StarMetro papers had effectively become bureaus for it. But while StarMetro Toronto had a union at the time, the other papers feeding into the long-unionized Toronto Star did not. (Virtually all of StarMetro Toronto’s editorial employees were later laid off, although some were absorbed into other parts of the company.)

In August, the new union at StarMetro Vancouver began to negotiate a contract with Alan Bower, executive director of labour relations at Torstar. Torstar declined to comment.

Last week, 67% of members rejected a tentative agreement presented to them by their bargaining committee. Brian Gibson, president of Local 2000, a media union in British Columbia, says in an email that “the wage package fell short” for some of the members. Gibson added that the parties will move into mediation with the BC Labour Relations Board in hopes of reaching an agreement.

When asked about how the initial contract compared to the current contract that unionized employees at the Toronto Star have, Gibson said it was like comparing apples and oranges.

“The Toronto Star agreement has been around for decades, and this is a First Collective Agreement with a subsidiary of Torstar,” Gibson says. “First collective agreements are always a challenge to negotiate and are a first step in setting the stage for future negotiations.”

Top image: the first edition of the rebranded StarMetro Vancouver, via Coast Protectors.

Clarification (May 17, 2019, at 4:19 p.m. EDT): Due to an editing error, this article did not originally make clear that the layoffs that greatly affected employees at StarMetro Toronto were limited to those who worked in editorial.