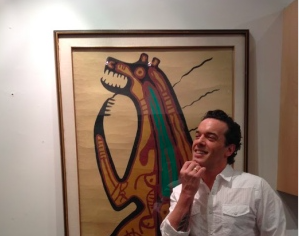 Things Joseph Boyden Has Claimed To Be But Is Not

To a growing number of newspaper and magazine pundits, the Joseph Boyden controversy is about political correctness run amok, a public “lynching,” outrage culture, a racial witch-hunt and petty literary jealousy from bitter Indigenous writers.

The rhetoric and name-calling seems to have obscured the question that must surely lie at the core of the matter: has Joseph Boyden misrepresented himself, or hasn’t he?

To answer that, let’s look at the various affiliations he has reportedly claimed over the years:

“To the best of my knowledge, I’ve never referred to myself as Mi’kmaq but in some interviews in the past I assume my Nipmuc heritage was misheard as Mi’kmaq.”

On its face this seems believable. Mi’kmaq is arguably a better known Nation than Nipmuc, so perhaps Boyden was simply misquoted, an honest mistake made not by him but by uninformed journalists.

Meanwhile, according to APTN investigative journalist Jorge Barrera, there is no record of Boyden calling himself “Nipmuc” until 2014.

What this means is that in order to believe Boyden, you must believe that until 2014, every journalist who called him Mi’kmaq was either mishearing him in the exact same way or copying and pasting from someone else who did. It also means that Boyden never took the time to correct any of these misquotes, which put false words in his own mouth about his own heritage.

This seems very unlikely — but perhaps not impossible. Then Peggy Blair dug up this Boyden quote, from a 2005 interview with New Orleans newspaper The Times-Picayune:

“[I’m] Mi’kmaq on my father’s side. They’re an east coast tribe in Canada,”

This is where Boyden’s explanation falls apart. The Nipmuc Nation is not Canadian, they are from parts of Massachusetts, Connecticut and Rhode Island. The Mi’kmaq are an east coast tribe from Canada, just as Boyden said.

This seems to prove that despite what Boyden recalls “to the best of [his] knowledge,” he did publicly claim he has Mi’kmaq ancestry, which (as he now concedes) he does not.

Here’s how Boyden explains why he has repeatedly called himself “Métis”:

“I’ve used the term Métis in the past when referring to myself as a mixed blood person. I do not trace my roots to Red River, and I apologize to any Red River Métis I’ve upset.”

This too seems credible at first glance. “Métis” is often used to describe anyone of mixed Indigenous and European heritage. But that catch-all use of the term tends to piss off members of the Métis Nation, one of the three recognized Aboriginal peoples in Canada.

By apologizing to the Métis Nation, Boyden is pleading guilty to a misdemeanour. Many people don’t know that “Métis” is such a specific and contentious term. But Boyden is not one of those people.

In fact, he’s literally an expert on Métis history. He wrote a book about it. 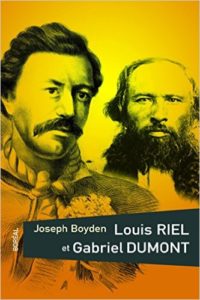 So it’s simply not credible that Boyden called himself “Métis” without knowing that he was claiming a connection to a Nation he has no link to.

After APTN’s exposé, another claim made by Boyden surfaced. Muskrat Magazine editor Rebeka Tabobondung wrote about meeting Boyden at a writers’ conference and asking him what his home nation was.

But Tabobondung is from Wasauksing First Nation, and was in a position to easily check this claim.

“I later asked a respected community geneologist what his connection was,” Tabobondung wrote, “and she said she didn’t know.”

Boyden has yet to clarify whether he in fact claimed to be of Wasausking First Nation, and if so what he bases that claim on.

Boyden has called himself “a bit of a two-spirit person.” In an interview with Nuvo magazine, he explained the term:

“I think I’m a bit of a two-spirit person. Home for me has to be both places—it has to be New Orleans, it [also] has to be Ontario. I would be very incomplete without either of those. It might be a little schizophrenic, but it works for me.”

But this is not what “two-spirit” means, as Boyden surely knows. The term applies to gender identity — people who are neither strictly male or female.

Calling himself “two-spirit” seems to be not so much a case of Boyden misrepresenting himself as much as it is a case of him casually appropriating an Indigenous term and bending it to his own purposes and brand.