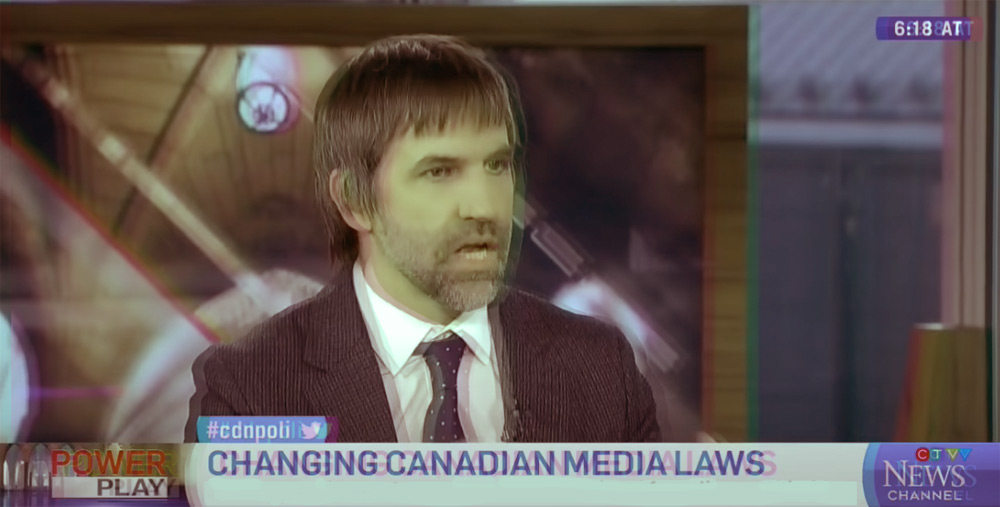 Last June, the group Friends of Canadians Broadcasting put up posters across the country bearing the face of Mark Zuckerberg alongside a declaration that he was “WANTED” for “THEFT OF NEWS CONTENT.” It was a puzzling campaign, given that of all the atrocities for which Facebook has been directly or indirectly responsible, theft of news content is arguably not among them.

Friends’ real gripe, shared with allies in the newspaper business, is that a huge portion of the advertising dollars that used to be spent across a range of print and broadcast platforms now ends up in the pockets of just two American companies: Facebook and Google, which are flourishing while the news industry withers. And the industry would very much like the government to do something about it.

In Australia, that something has already happened. Or it almost, kinda, sort of did.

Two weeks ago, the Australian government was set to introduce a “News Media Bargaining Code” to make Facebook and Google compensate papers for each time someone posts a news story to Facebook or surfaces a link to one on Google.

Facebook reacted particularly badly to the impending legislation, blocking news links and pages from their platform in Australia (along with other kinds of content that got caught up in the purge). The hardball tactic worked, and the government changed the law, giving platforms the ability to exempt themselves from the code by reaching their own side deals with publishers. It’s expected that nearly all the money will end up with the same handful of powerful Australian media companies that lobbied for the legislation in the first place.

In Canada, the government is looking to head down a similar regulatory road and perhaps ride even further along it.

On today’s episode of CANADALAND, host Jesse Brown talks to Sydney-based publisher Susannah George, whose lifestyle blogs were caught in the crossfire, as well as University of Ottawa law professor Michael Geist, who holds the Canada Research Chair in Internet and E-commerce Law.

Here, edited and condensed from that interview, Geist explains the three ways that the Canadian government plans to regulate online platforms:

This is what’s known as Bill C-10. It’s already gone through two readings in the House of Commons and is now the subject of some committee hearings.

And so that’s going to include everybody, and not just in Canada. It’s going to include services located outside of Canada that have Canadian-based subscribers. They’re all part of this broad system. And so within that, there will be a whole series of requirements that all of these services will find themselves subject to, unless some get exempted by the Canadian Radio-television and Telecommunications Commission (CRTC).

The starting point is, everybody gets captured, everybody registers, everybody has to provide data to the CRTC, and then the CRTC will determine who faces the next step, which could involve mandated payments and contributions or so-called discoverability requirements — where, let’s say, they would prioritize Canadian content on your Netflix feed. The CRTC would make those kinds of determinations.

The government decided to bring forward a piece of legislation that goes far beyond capturing just Netflix or Disney+ or some of those other services. What it covers are services that offer up programs. And news where you’re offering up video or audio programs is captured by it as well.

I think supporters of the bill would say that the CRTC will be very reasonable about all of this. And in fact, the CRTC may well say that all you have to do is register. They’ll have established certain standards, and as long as you fall below those thresholds — in terms of revenue, let’s say — then some of the more onerous obligations won’t apply.

Certainly, whatever criteria and rules the CRTC decides on, someone will say, “I want a judge to take a look at it.” So this is going to be a very lengthy process that I think creates a lot of uncertainty. For many of the larger services that are out there, they’re going to look at this and say, “The Canadian market is now just super uncertain in terms of the kinds of expectations, the regulations we’re going to face,” and that’s going to be the case for the foreseeable future.

The government took some steps prior to the last election with the election registry to try to deal with some of the kinds of election advertising that were seen as potentially causing harm. Now they want to go further to deal with, not just illegal content, but harmful content.

The intent is to deal with kind of that basket of harms that I think many recognize are taking place online. There’s the hate online, there’s misinformation online, there’s cyber-bullying. And the argument is that the platforms play a significant role in facilitating the distribution of that content and that they ought to play a more aggressive role in countering it. That’s not to suggest, I don’t think, that they’re going to say that they’ve got to censor everything that appears on their sites. But the government is, in all likelihood, going to say, “Listen, you’ve got to be responsive to complaints and remove content with very short notice. And if you fail to do so, you will be held liable, effectively, as the publisher of that same content.”

There is no legislation yet, but we do know is something is forthcoming.

3) By making Facebook and Google pay up for news, one way or another

I think, at the end of the day, what Heritage Minister Steven Guilbeault wants is for Facebook to pay something to satisfy the newspaper lobbying campaign. He may need to threaten legislation in order to do it, or he may be able to coax some sort of agreement from Facebook independently, along the lines of what Australia just did. Which is to say: “Well, we’ll exclude news from regulation, so long as you make some sort of contribution. And we won’t charge for the links, but we will find a way to make sure that people come away satisfied.”

In Google’s case, they’re striking deals around this “News Showcase” product, where they say, “Listen, we don’t pay for the links, but what we do pay for is that we’ll license the content if you give us greater access to it.” Neither of the companies currently posts full article text, and so that gives them the ability to say, “Listen, we can license content where there’s a value add, but not license the links themselves.”

What’s notable in the Canadian context is that those behind the lobbying campaign have not struck those kinds of deals with Google. And I suspect that the reason is they think that the Heritage Minister can basically strike a better deal for them.

If we end up seeing the same kind of showdown that we saw in Australia — and we’ve got a minister that seems to relish the prospect of taking on these companies — that’s where I think it’s the independent media that are the ones that are most likely to get caught in the crossfire. I mean, there’s just simply no doubt that many of those digital publishers want the links from these services. If they find themselves shut out altogether, that news gets removed, and then that represents an existential threat to many of them. If, on the other hand, what we end up with is some sort of negotiated settlement, then of course, it would be open to the government to encourage, at a minimum, the companies to ensure that those licensing deals spread the wealth a little bit. I don’t know that the government’s got a great track record to date on those issues, though.

I think it’s important to always keep in mind that there is the policy that’s designed to address these issues — but, I think, in 2021, with a minority government, it’s the politics that drives this. And if you’re a government, do you want to ensure that you get favourable coverage in the Toronto Star and in La Presse and in the Winnipeg Free Press and in all the other major markets where you’re fighting for seats? Or do you care about some of these digital upstarts?